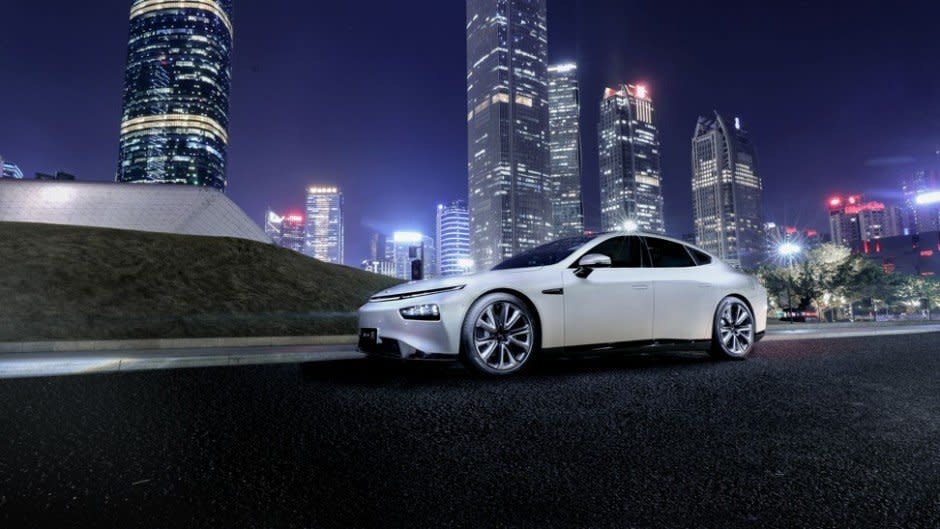 Xpeng seeks to raise up to US$1.1 billion in New York IPO as electric car maker prepares to challenge Tesla in China

Electric carmaker Xpeng is seeking to raise up to US$1.1 billion from its initial public offering on the New York Stock Exchange, as it gears up to challenge Tesla in China, the world’s largest market for electric vehicles.

The company, which publicly filed for an IPO earlier this month, is selling 85 million American depositary shares (ADS) within a price range of US$11 to US$13. The next step will be to accelerate the marketing process and narrow the range over the coming weeks, according to the filing lodged with the US Securities and Exchange Commission on Friday.

The expression of interest from these investors amounts to as much as 49 per cent of the proceeds based on the mid-point of the price range.

Founded in 2014 in southern China’s manufacturing hub Guangzhou, Xpeng makes a four-door sports sedan and an electric sports-utility vehicle under the Xpeng Motors brand in the Guangdong provincial city of Zhaoqing and with a contract assembler in the Henan provincial capital of Zhengzhou.

It chose to list in New York even as US-China relations have deteriorated because the world’s largest capital market still has a far deeper pool of financial liquidity than China, according to people familiar with the company’s thinking.

“The best companies still want to choose the best capital market for their shareholders,” said Huang Mingming, the founding partner of Future Capital Discovery Fund, a venture capital fund that backed rival EV maker Li Auto. Li Auto, a hybrid carmaker, made an electrifying debut on Nasdaq on July 30 after its US$1.1 billion IPO.

China’s electric car start-ups are topping up on capital to fuel their fight for market share in the world’s largest vehicle market. While sales have slowed this year because of the Covid-19 outbreak, industry forecast suggests a pickup in momentum in the second half. China expects new energy vehicle sales to reach 3 million units by 2025 from an expected 1.1 million this year.

Investors are keen to jump on the bandwagon after watching Elon Musk’s California-based Tesla become the world’s most valuable carmaker this year, surpassing the combined worth of Toyota Motor, Volkswagen and Hyundai Motor.

Shares in New York-traded Nio, a Chinese vehicle maker that only produces electric cars, have tripled in value so far this year. Shanghai-based Nio this month reported its first profitable quarter since its founding in 2014. Nio also formed a venture to lease battery packs to car owners, helping lower initial cost of electric vehicle ownership.

Li Auto’s shares popped 35 per cent on their market debut but have given up some of their gains since. Founded by serial entrepreneur Li Xiang, Li Auto is not directly comparable to pure electric vehicle maker Xpeng in that it makes so-called extended-range hybrid vehicles, where an internal combustion engine provides electrical power if the car’s battery runs down.

Xpeng’s ADSs are expected to trade under the stock symbol of XPEV. Credit Suisse, JPMorgan and BofA Securities are handling Xpeng’s share offering.

The company’s fundraising comes after China’s passenger car sales have rebounded from a sharp fall in the first quarter as the coronavirus pandemic closed showrooms. Xpeng generated sales of 1 billion yuan (US$141.9 million) in the six months ended June 30, down from 1.2 billion yuan in the same period a year earlier, its prospectus showed.

Founded by entrepreneur and former Alibaba executive He Xiaopeng, the firm sells to the middle and high end of the smart electric vehicle market in China and prides itself on building its software in-house, end-to-end.

It uses the Nvidia high-performance chip Xavier and its P7 model is capable of Level 3 autonomous driving on highways, which the company plans to implement later this year or in early 2021 after finalising testing.