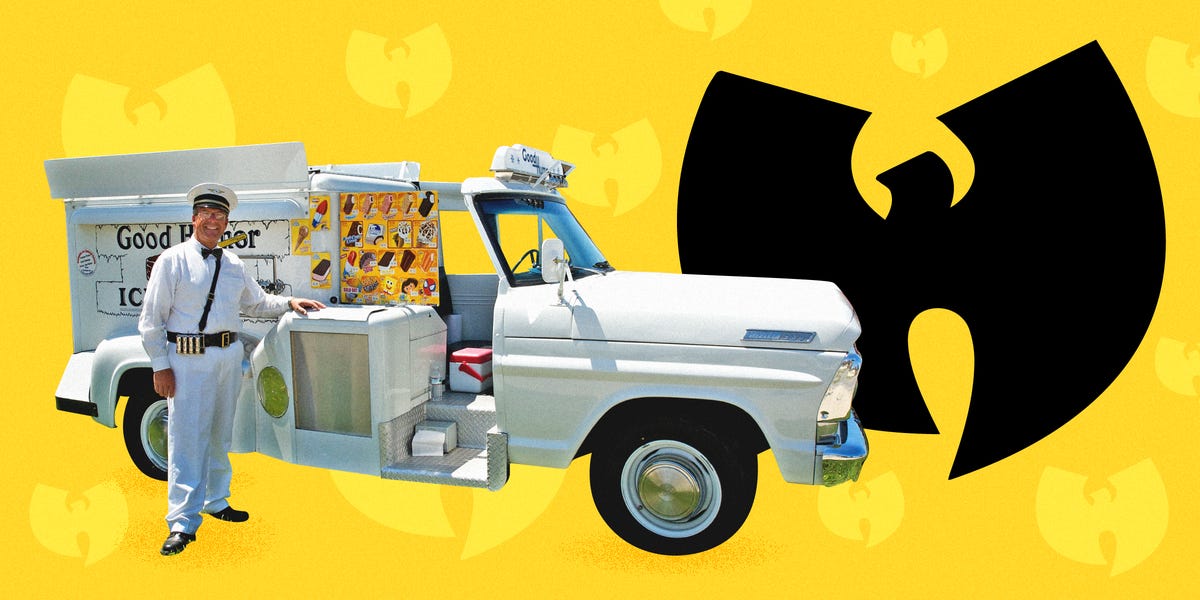 It was the talk of the 1998 Grammy Awards: The Wu Tang clan lost rap album of the year, and Russell Tyrone Jones — aka “Ol’ Dirty Bastard” — was mad about it.

He crashed the stage, grabbed a microphone, and told the audience: “Wu Tang is for the children.”

Fellow Wu-Tang Clan member RZA has teamed up Good Humor to produce a new track tp serve as the jingle on ice cream trucks across the country.  The new tune will replace “Turkey in the Straw,” which has a racist past.

“I remember the days when I would hear that iconic ice cream truck jingle outside, and I would drop what I was doing to chase it down for a treat,” RZA said in a press release Thursday. “When I learned about that song’s problematic history this summer, I knew I had to get involved.”

“Turkey on the Straw” is instantly recognizable. Not only is melody played on ice cream trucks, but variations like “Do Your Ears Hang Low?” are still sung in nursery schools and campgrounds far and wide. The song’s popularity with children belies darker origins.

The tune was first popularized in the 1820’s, when it went by other titles replete with racial slurs. One version of the song told the story of Jim Crow’s city-slicker cousin, who was courting a woman called, “Ol Suky Blue Skin.” Another version makes liberal use of the n-word and calls watermelon “colored man’s ice cream.”

Scholar Theodore R. Johnson III wrote about the song’s racist past back in 2014, but recent protests have prompted a nationwide reckoning about race. Good Humor is one of many brands revising their ties to racist imagery. Although the company hasn’t operated its own ice-cream trucks since the 1970s, and did not create the tune, the company works closely with ice cream truck drivers across the country.

RZA’s new tune takes the traditional bells of ice-cream truck music and adds a light hip hop beat, ethereal sound, and a hypnotic hook. Listen to the new song below: