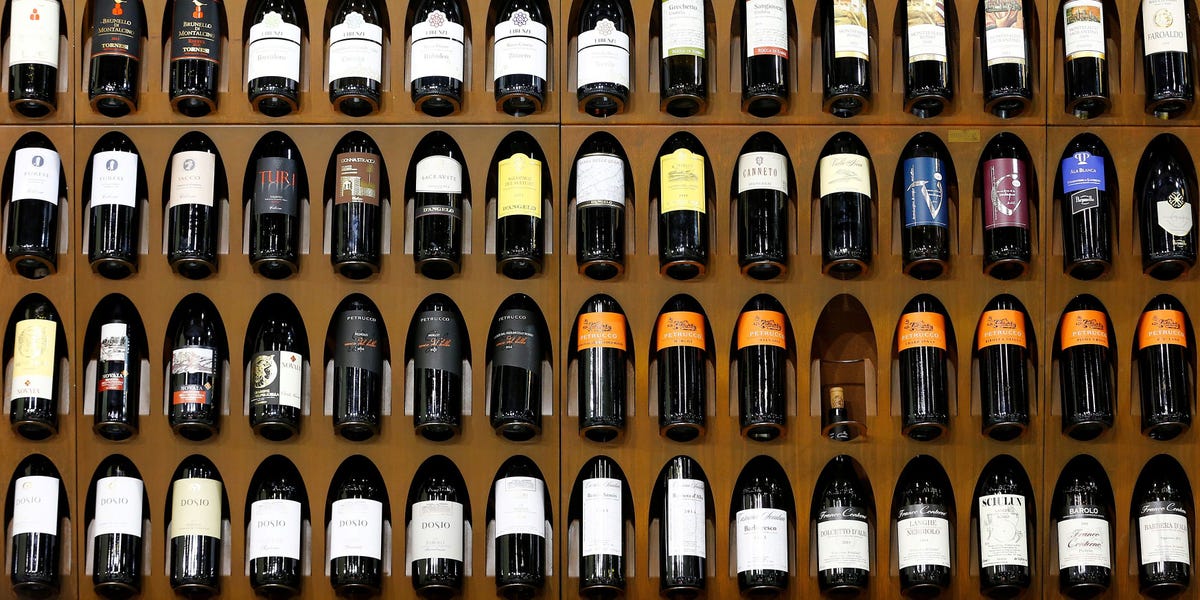 Wine is expected to get more expensive due to tariff, pandemic effects

Wine connoisseurs may soon find their favorite imported bottles a little bit harder to come by – or at least more expensive than before.

The Office of the US Trade Representative announced Wednesday that existing 25% tariffs on many European wines would remain intact.

The tariffs, which have been in place since October 2019, apply to wines below 14% ABV from France, Spain, Germany, and the UK. The tariffs are part of an ongoing trade dispute around subsidies given to Airbus by the EU more than one decade ago.

The US Trade Representative also considered hiking tariffs on wines to 100%, before keeping rates at 25%. The office is required by law to review tariffs periodically.

Discussions of further tariff hikes prompted an outcry from the public, with thousands of people sending letters to the USTR and a bipartisan group of senators urging the office to remove existing tariffs altogether. The tariffs have also affected items like Italian cheese, single-malt Scotch whisky, salami, French olives, and German coffee.

Ben Aneff, managing partner of Tribeca Wine Merchants and the current president of the US Wine Trade Alliance, told Business Insider that the tariffs have unnecessarily harmed small American businesses.

He said that there are more than 47,000 independently owned wine retailers in the US, and those retailers buy from about 6,500 US distributors and importers. These businesses all tend to be small, with about four employees each, and are largely family-owned.

Laws set up in the US after the end of Prohibition have also severely limited what wine retailers can sell over the years: often just wine, spirits, and, in some cases, glassware.

“This makes them significantly more at risk from the damage from tariffs, because such a massive part of their business is going to be affected,” Aneff said.

As a result, prices have already gone up significantly for certain wines. But the biggest tariff-related impact may likely be on the quantity of foreign wines that are available for Americans to buy, Aneff said. Some European wines may no longer be making their way to American store shelves.

“There’s a reality that most of the businesses that import and distribute these wines, they simply do not have the cash flow to deal with these tariffs long-term,” Aneff said. “There’s going to come a point where they simply cannot afford to bring them in.”

And the lost business could mean that thousands of jobs will also disappear.

The coronavirus pandemic, which brought about the closure of both nonessential retail and restaurants, has only made things worse for the wine industry. Wines from historic European growing regions are typically the most profitable bottles, and many restaurants — already devastated by the pandemic — rely on sales of those wines to survive.

“The sales of these products are absolutely key for their success,” Aneff said. “It’s hard to imagine restaurants in the United States recovering with a continued burden of this nature on their single most important profit center.”

Ongoing tariffs, coupled with the pandemic, are serving as a “one-two punch” that will force some difficult decisions for wine retailers, distributors, importers, and restaurants, Aneff said.

“You’re going to see companies have to make a decision on whether to try to save their cash and pray that the government comes to their senses at a later time, rather than take a risk on bringing wines in with this massive tariff and hoping that consumers are going to pay significantly higher prices during a pandemic and potentially an economic collapse,” he said.

US Trade Representative Robert Lighthizer said in a press release that the tariffs are staying in place because “the EU and member states have not taken the actions necessary to come into compliance with World Trade Organization decisions.”

He added: “The United States, however, is committed to obtaining a long-term resolution to this dispute. Accordingly, the United States will begin a new process with the EU in an effort to reach an agreement that will remedy the conduct that harmed the U.S. aviation industry and workers and will ensure a level playing field for U.S. companies. ”