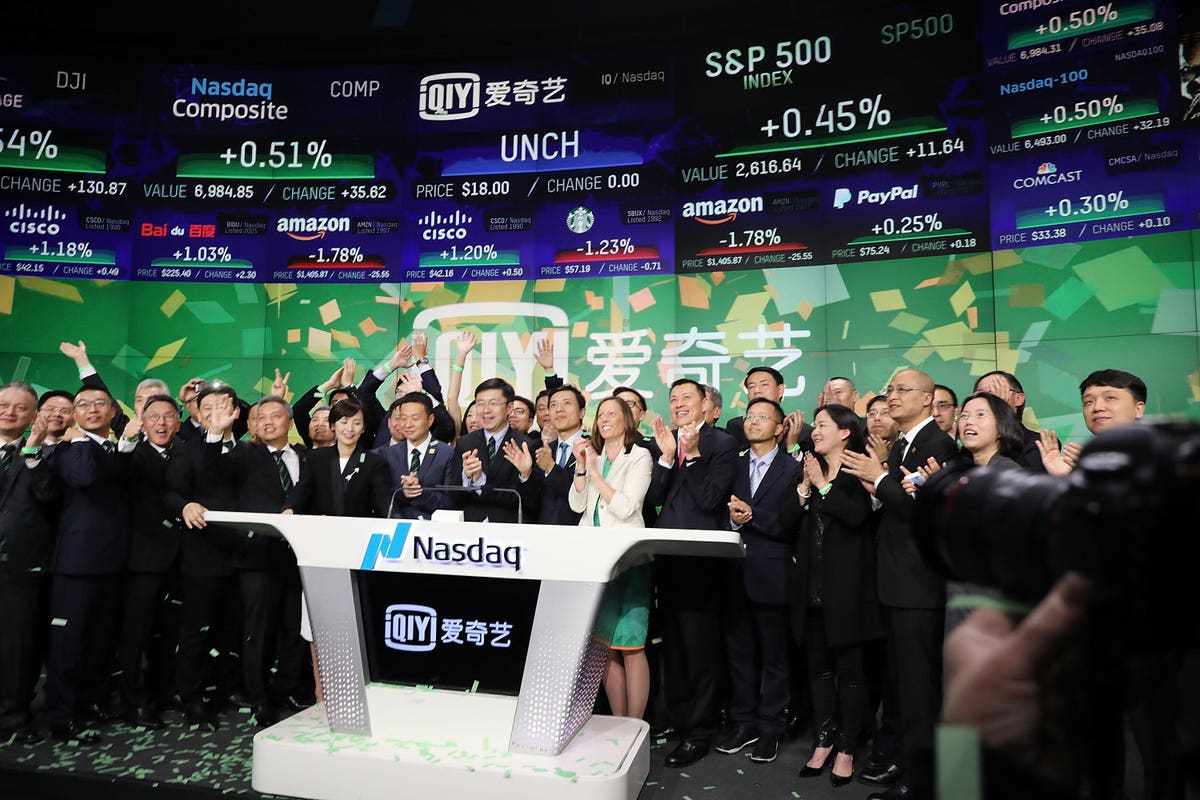 Why Do Chinese Companies List Their Shares In New York?

The American government is threatening to ban “corporate China” from the U.S. stock market, delisting hundreds of Chinese companies.

At the same time, lots more Chinese firms are rushing to go public – not in Shenzhen, not in Shanghai, but in New York. The lead story in the Wall Street Journal today (August 14) declares:

What is going on? Are these Chinese companies running headlong towards a brick wall?

(The previous column described the background of the delisting controversy. Here we will look at the underlying drivers of the cross-listing trends, to understand why even the threat of a shut-down seems so far not to have deterred Chinese companies from looking to Wall Street, to list and trade on NYSE or NASDAQ.)

The Significance of the China/US Cross-Listing Market

Many public companies trading on Chinese domestic exchanges also list their shares on the stock exchanges in New York. Others choose straightaway to IPO on Wall Street. In Dec 2018, the SEC calculated a total market value of $1.8 trillion for these “cross-listed” Chinese firms, a meaningful but modest 4.3% of the total U.S. stock market capitalization. From the American perspective, it is a lucrative side-show.

From the Chinese perspective, however, the New York segment is much more significant relative to the size of the domestic Chinese stock market.

The value of cross-listed Chinese shares in New York was equal to 53% of the total value of the Shenzhen market, 45% of the value of the Shanghai market, and 24% of the value of Shenzhen and Shanghai combined. Put another way, the New York exchanges comprise almost 20% of the combined stock market value of all mainland Chinese companies on all three venues. The cross-listing market is 4 times larger than the market capitalization of the new and much-touted STAR market (part of the Shanghai exchange designed as China’s tech-company-friendly answer to Nasdaq). Clearly cross-listing is an important component of China’s financial market presence. (All figures cited here are from the Q4 2018/Q1 2019 period, for a pre-Covid comparison. Also note that I have not included Hong Kong. If HK were counted, the NY cross-listings would still have been about 14% of China’s total equity universe.)

The numbers above give an idea of the impact that de-listing could have on China’s financial system. In relative terms, shutting down the Chinese cross-listing market would be nearly the equivalent for Chinese stock trading of closing Nasdaq here. (In Q4 2018, Nasdaq’s market cap was about 28% of the U.S. total.)

Foreign companies get higher valuations when the cross-list in New York, compared to companies that do not cross-list. That’s why they do it. The numbers are striking.

Some sense of the impact on valuations of a potential delisting can be inferred from a comparison of the premium for shares listed on the major exchanges, where full U.S. legal and regulatory requirements apply (what “listing” properly refers to), with companies trading on the over-the-counter markets, subject to fewer safeguards and more lenient reporting requirements. This gap – illustrated here from a 2004 study of Hong Kong cross-listing companies – can be taken as a first proxy for the impact of de-listing on share values.

What Explains the Cross-Listing Premium?

This premium is created partly by the direct increase in the number of investors able to more easily access these companies in the New York markets. In a study by the Federal Reserve, cross-listing in the U.S. approximately doubled the holdings of a company’s shares.

Cross-Listing Lowers the Cost of Capital

A key benefit of cross-listing, and undoubtedly a major driver of the cross-listing premium, is the reduced cost of financing available to cross-listed firms. Companies pay less to raise money, whether by selling stock (equity) or debt. They are said to enjoy a lower “cost of capital.”

Re: The cost of equity

Re: the cost of debt

Debt financing is more common than equity financing generally, and more so for many of these firms. Access to lower-cost debt financing seems to be a major driver of cross-listing. Qi et al summarize their study: “Cross-listing is associated with significantly lower spreads.”

Ball et al examined the impact of cross-listings on a large international sample of more than 21,000 non-U.S. firms from 43 countries over the years 1992 to 2005.

The General Effect of the Regulatory Environment

The lower implied cost of capital derived from cross-listing aligns with a large literature looking at the positive effect that a stronger legal and regulatory environment has on capital costs, country by country. For example, a study of data from 1992-2001 concluded that Hong Kong listed firms (there were no mainland China listings at that time) paid 434 basis points more for equity capital than U.S. firms. The Hong Kong exchange operator itself has today a much higher cost of capital than its American counterparts, even higher than Brazil.

200-300 basis points is a large penalty. It shows that even the “best” Chinese exchange operator suffers a higher cost of doing business in a less reliable legal and political environment.

And Hong Kong is the most developed of the Chinese financial markets. The “country risk” penalty for mainland Chinese companies relative to companies in the U.S. is said by some to be only about 110 basis points. This must be low, however. Consider the much larger difference between the implied cost of capital for the largest Chinese banks and several large American banks:

This shows the structural gulf between Chinese and US equities markets, as sources of capital. It illustrates the real challenge for Beijing’s financial plans, and underscores the attractiveness of cross-listing in there U.S. The development of China’s financial system may eventually close this gap, but in the meantime if a Chinese or HK company can list in New York, it can raise money on the U.S. markets much more cheaply.

In point of fact, the cross-listing premium is really the New York-listing premium. Even in 2020, in the midst of the pandemic, in the era of strife with China, the U.S. remains the preferred destination for the majority of cross-listings —especially by Chinese firms. It is “the easiest market to raise capital…still the gold standard.” Indeed, markets that would seem to embody similar levels of institutional development and ought to command similar levels of “reputational capital” – such as London – nevertheless underperform New York. “A London listing is not the same as a New York listing” –

Finally, to bring the discussion back to the geopolitical context – it is also true that greater political freedom lowers the cost of capital – a “liberty premium” if you will. A study published in 2010, entitled “Political Rights and the Cost of Debt” found that

Pro-Beijing “optimists” and some Western journalists bandy the theory that Hong Kong should pick up the business if the U.S. does delist these firms. Perhaps. But the liberty premium that Hong Kong has enjoyed (at least relative to mainland trading) is fragile, given the recent moves by the Beijing to take firmer control there. A stubborn Beijing policy on the de-listing issue may well end the Wall Street party for Chinese entrepreneurs. They would still be able to trade their shares back in their own time zone. But they will pay a price – a concrete price – in higher capital costs.

The Economist put it so:

Chinese entrepreneurs and corporate leaders know all this. They understand that they can gain significant value, and lower their capital costs, by listing or cross-listing in New York. They will push to keep this option open. It is hard to imagine that Beijing would throw away this advantage, handicapping the Chinese private sector in the global competition, for the sake of pointless bureaucratic pride (i.e., continuing to deny U.S. regulators the chance to review the audits of Chinese firms listing here, which our regulators already do with firms from almost every other country in the world). Hard to imagine that such bad judgment could prevail – but then, there is a lot of bad judgment emanating from Beijing recently.