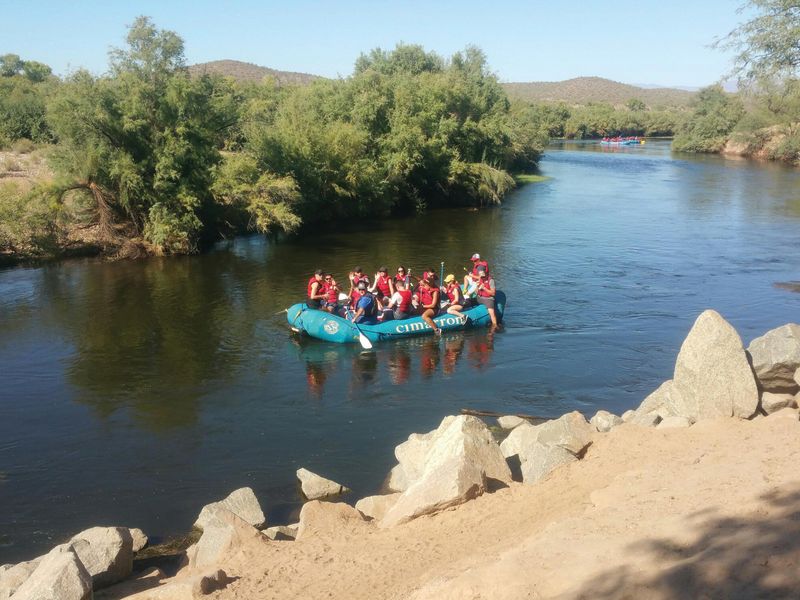 Where ideas, hard work are rewarded and doors are open

“In the beginning, we set up levels of employees,” said Ryan McKindles, Co-founder, General Counsel and Vice President of Finance at HealthRise. “I remember thinking that we’re all on the same team. There has to be some accountability, but we don’t need to harp on hierarchy.”

When asked her title at HealthRise, Adams laughed. “It’s not something we really reference. Here the idea is more important than the title of the person who brings forth the idea,” said Adams, who is Vice President of Patient Billing Services at Trinity Health for HealthRise.

That thinking extends to conversations with CEO and Co-founder David Farbman, she said. “If you ask David to do something, he will do it as if he reports to you because he created a culture where we all support one another. A company is really only as good as its leader. David is the type of leader who goes to others for input.”

Farbman does that, he said, because it isn’t good to make decisions in a vacuum: “Democracy works when you have people committed to excellence.”

HealthRise, which has about 100 employees around the country, saw its biggest growth last year and is expecting revenue in the low $20-million range this year. Farbman credits his team for the company’s success.

Employees like Adams, who are honest about their cultural assessments of the business, are integral to the company’s success, he said. And the diverse staff of analytical thinkers, strong communicators and hard workers carry HealthRise’s positive culture with them to the hospitals they serve. “That helps them with their budgets. It helps them increase their net margins. And it gives them the tools and workarounds they need to be more successful,” he said.

McKindles said he never got a sense of community on his job before HealthRise and credited Farbman for cultivating the feeling of family amongst staff members.