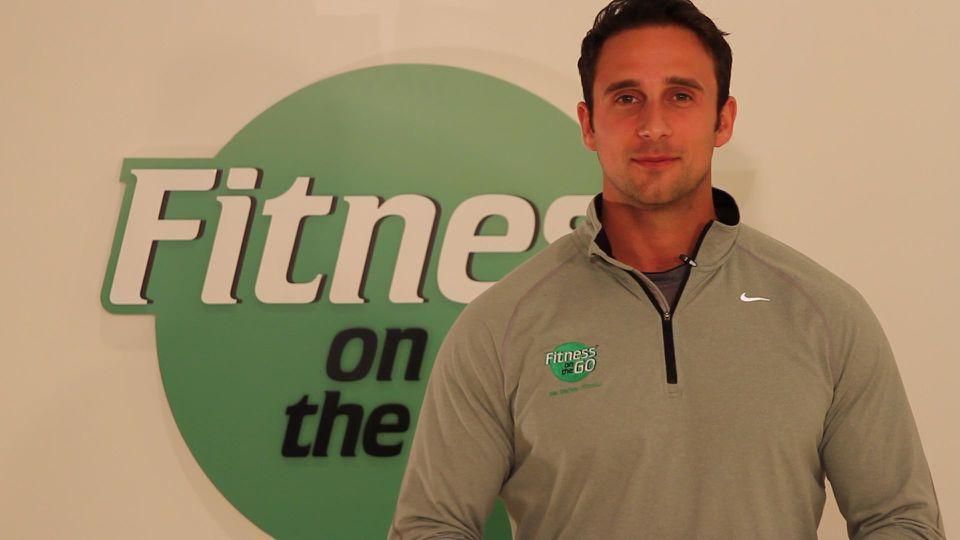 When The Pandemic Threatened His Business, This Fitness Pro Got Creative. Now He’s In Growth Mode.

When Dan Mezheritzky started his personal training business, Fitness on the Go, he didn’t have to worry about challenges like a global pandemic that would shut down many gyms.

As a junior national champion decathlete in Canada, Mezheritsky had torn his hamstring at age twenty after competing in the Canadian Olympic trials. He tapped his knowledge about fitness to become a personal trainer.

Mezheritsky soon had the urge to build the business beyond his personal training practice. In 2005, he started Fitness on the Go, headquartered in Vancouver, hiring other personal trainers as traditional employees. Within the first three years he sold $1.5 million worth of training.

He started out hiring trainers as employees but that proved frustrating. Many weren’t motived to help him grow the business. That changed when he switched to bringing on the trainers as independent contractors. Her licensed them the right to use his brand name for $400 a month. In turn, he did advertising and social media to generate a pipeline of recurring business for them and provided them with access to a software system he developed that can be used as a customer relationship management tool and for purposes like storing customers’ workouts. Under this system, when Fitness on the Go grew, so did the trainers’.

Gradually, Mezheritsky built the business to 180 personal trainers in Canada, $5 million in system-wide revenue and about $1.5 million in annual revenue at its corporate headquarters.

Mezheritsky was in the vanguard of businesses hitting $1 million in revenue and beyond with no employees on payroll.

Even better, he created an amazing lifestyle for himself. After putting a master franchisee in charge of running day-to-day operations, he plunged into living as a digital nomad for the 36 months leading up to the pandemic.

He traveled the world, taking about 200 flights, going to a cooking school and working in a Michelin-starred restaurant in Paris, and traveling across India with a top chef. He lived in Airbnb rentals, sharing pictures of his journey on Instagram.

“Sometimes, I would meet somebody and they would say, ‘You’ve got to go here,’ and I just would,” he says. “I was like a feather in the wind.”

Meanwhile, he fine-tuned his diet and workouts and got into the best shape of his life—a plus for someone in the fitness business.

That approach worked well but when the global pandemic hit, Mezheritzky, 35, had to change everything.

With gyms closed, Mezheritzky got worried. “I felt like I was going to lose my business,” he says.

His business model was based on one-on-one personal training. Here’s how he repositioned his business for success in an unpredictable environment.

Take the pulse. Mezheritsky opted to shelter in place with friends in Los Angeles when the pandemic hit. During that time, he reached out to friends who ran a home fitness store. When they mentioned they’d sold out of home gym equipment, he saw an opportunity: Many of the people who’d invested in the equipment weren’t sure what workouts to do or needed an accountability partner. Mezheritsky saw an opportunity for his trainers to help these consumers. “They needed that motivation,” he says.

Water the seeds you’ve planted. Mezheritzky had introduced online training for before the pandemic but it had never been in hot demand. People preferred in-home personal training or working out at a gym with their trainer, unless they were traveling and the only option was an online class.

With customers stuck at home during lockdowns, Mezheritsky began to ramp up his online training program. “We quickly put up over 50 live stream classes per week for only $39 per month which helped us actually bring more virtual personal training clients through the door,” he says.

Soon gathering for an online class became a social activity for some of his customers, with groups of friends from different cities meeting online. “They would connect over a fitness session,” he says.

Although Mezheritsky lost some business from customers who preferred to meet in person, about 60% of his customers stuck with their trainers and continued their workouts online.

Offering online classes also helped him attract new customers outside of Canada. “We’ve been able to pick up U.S. customers for our Canadian trainers,” he says.

Team up with others in your industry. Mezheritsky also realized many independent personal trainers were hurting, now that many could not go to their usual gyms to work with customers

“If they were making $2,000 a month with their own business, and saw the same decline we did initially, they got stuck and needed to find other options,” he says.

Mezheritsky began reaching out to them, personally making 110 sales calls, and signed up 11 new trainers. He also sold four franchises. “We’ve been able to help a lot of them,” he says.

Mezheritsky says his sales were almost back to normal for May. For June, he expected them to be 15% stronger than in 2019, and for July 20-25%. Although many of his customers in Canada have been able to go back to the gym, about 15% continue to use the online option. “We are getting a huge influx of business,” he says.

Embrace mindfulness. It’s hard to avoid panic when business gets disrupted. Fortunately, during the course of his travels, Mezheritzky had read about 70 books, including a number on meditation and mindfulness. (He highly recommends the novel Shantaramby Gregory David Roberts and the nonfiction books The Buddha in Your Mirrorby Woody Hochswender, Greg Martin, and Ted Morino; Nonviolent Communicationby Deepak Chopra and the late Marshall Rosenberg; and Stealing Fireby Steven Kotler and Jamie Wheal.)

One result of all that reading was that he finally began meditating, something he had not done before. “People told me I should meditate but it didn’t work,” he says.

What worked for him was chanting twice a day—once in the morning and once in the evening.

Gradually, he found his way of thinking about his business and his life changing. “It seems like there’s a natural flow to life,” he says. “I didn’t have to work so hard at creating it. Whether you want to believe your life has a certain destiny or you are creating your reality throughout it, the bottom line is that the more clutter you have in  your brain, the more distracted you are and the less you are living. The whole point of life is to experience and live it.”

He’s brought that perspective and renewed focus to his business as the economy reopen. “I’m far more confident with how things are moving,” he says. “To me, that’s what flow is.”