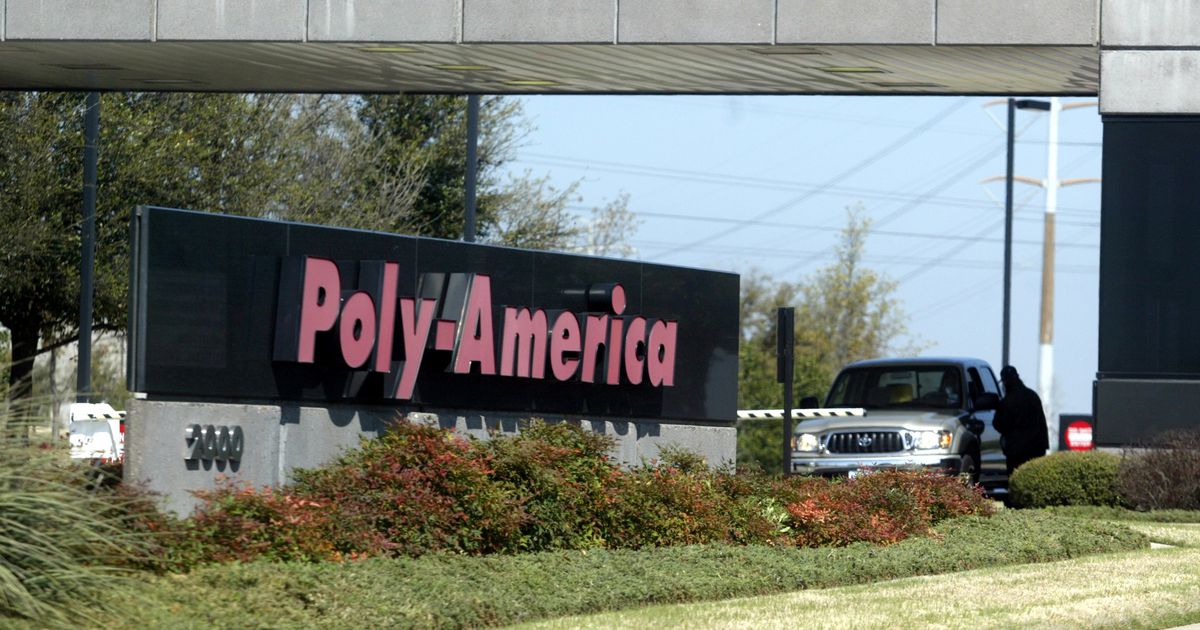 What to know about Poly-America, the $500-million-a-year plastics company on fire in Grand Prairie

Poly-America, the Grand Prairie plastics factory that burned spectacularly Wednesday, is best known to consumers as the maker of heavy-duty Husky brand trash bags sold at big-box stores such as Walmart and Home Depot.

Many of the privately owned company’s products are made from polyethylene, which emergency responders have described as highly flammable. 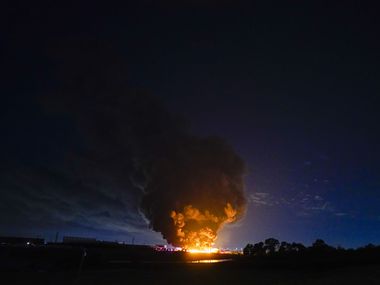 Poly-America has been a mainstay in Grand Prairie since 1976, when founder Steven Grant Ross bought a landfill of plastic waste and hauled it 500 miles to North Texas to start a plastics recycling business, according to an article in Plastics News after Ross’ death in 2009.

Another son, Adam Ross, is cofounder and a partner at Dallas investment firm Goldcrest Capital, which backs tech firms. Adam Ross, who ran Poly-America from 1999 to 2006, was named to the board of directors of secretive Silicon Valley big data firm Palantir Technologies in 2015.

In its 44-year-history, Poly-America has grown into one of the country’s largest plastics recycling and manufacturing operations, recording an estimated $500 million a year in annual revenue, according to business intelligence firm Zoom Info.

Poly-America also has facilities in South Carolina, Minnesota and Nevada, along with a plastic recycling and scrap center in Mont Belvieu, Texas, just outside of Houston.

In 2018, Poly-America invested $25 million to expand its plastics plant in Chester County, S.C. It hired an additional 75 employees to add to its 300-member workforce. That plant, opened in 2016 at a cost of $100 million, operates as Carolina Poly Inc.

The company is a fierce defender of its plastic patents, winning millions in lawsuits alleging infringement in the last few decades. Those include patents for items such as drawstring trash bags and scented bags.

Poly-America has 10 buildings totaling more than 1 million square feet at the 37-acre Grand Prairie headquarters site at 2000 W. Marshall Drive. Fire officials said some employees were evacuated, but others at Poly-America remained working in distant buildings.

Poly-America also has a long history of fires and other problems in Texas and elsewhere.

The buildings caught fire three times between 1989 and 1991, including a blaze in 1991 that took more than 100 firefighters to extinguish. No one was injured in those fires. A man died in a fire last year at the company’s South Carolina location, according to The Herald in Rock Hill, S.C.

In 1999, a roof collapsed after a rainstorm and injured a man at the Grand Prairie facility.

The company also garnered criticism in 1996 when it coordinated with immigration authorities for a raid at its facility that resulted in the arrest of 80 undocumented workers. The company was then sued for firing workers who walked off the job during a union organizing effort. It won that case.