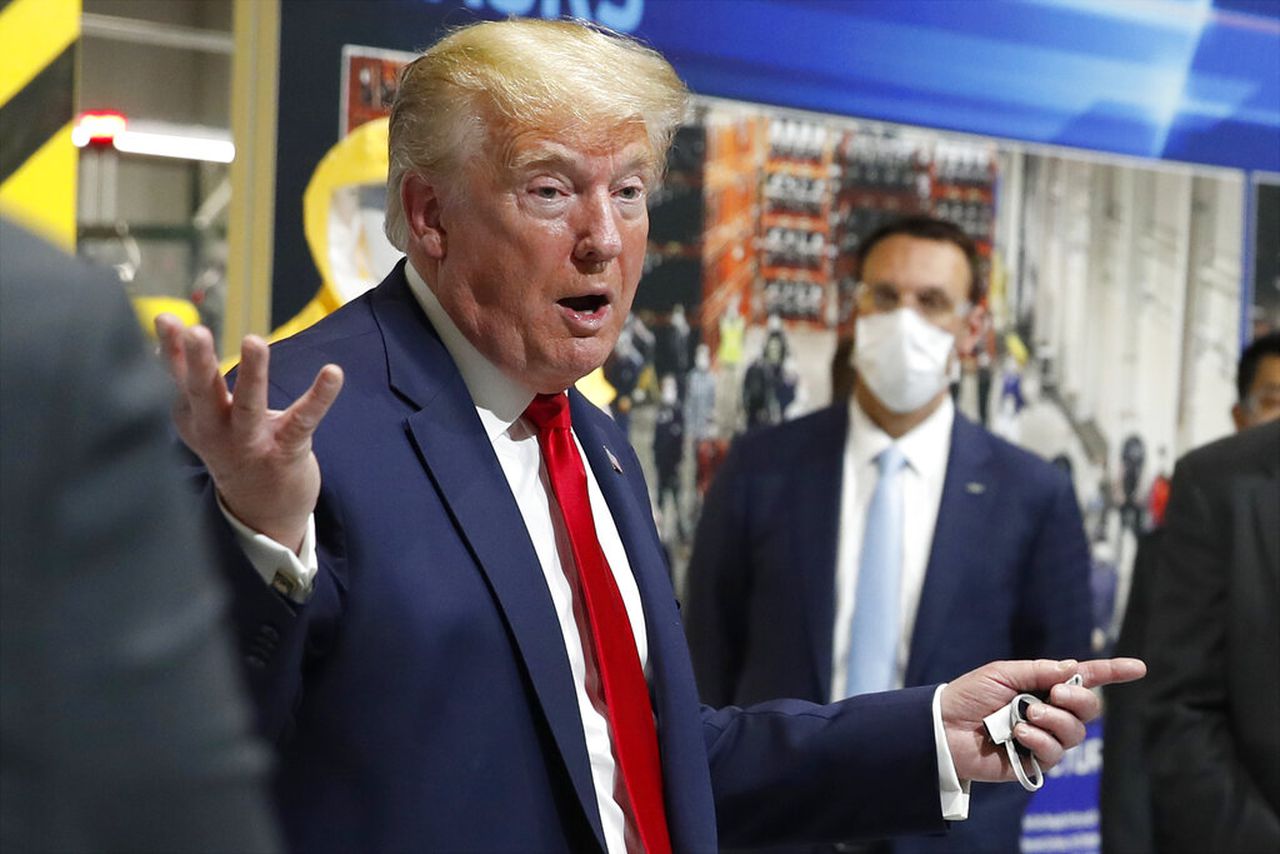 What a real president would do, if we had one | Letters

Our current president — I view him as an imposter — has no intention of protecting anyone but himself, and will do anything that benefits him. The postal service, which Donald Trump is trying to destroy, is not only mentioned in the Constitution, it is a very important part of our daily lives.

My neighbor, who is housebound, depends on timely mail delivery of her lifesaving medication, as thousands of Americans do. Trump does not care.

A real president would sit down with congressional leaders to work out a compromise to add government funds for the postal service, get federal COVID-19 relief money to states and school districts, extend federal supplements to unemployment benefits, and help save small businesses. He or she would make sure that essential workers have the needed protective equipment to perform their duties and, if running for reelection, would put forth an effort to show why they are worthy of a second term.

An impostor president will do anything and everything potentially illegal to stay in office. The ship is sinking, and Senate Majority Leader Mitch McConnell, R-Ky., sent senators home until September. This shows that he does not care, either, and is willing to go down with the ship.

If you are a caring American, please vote. We can do better.

The photograph on the front page of the Aug. 14 South Jersey Times print edition brought back fond memories of my youth. The photo, accompanying an article about New Jersey’s mostly mail-in general election, showed a woman depositing a July primary ballot in a Somerset County drop box.

Years ago, a popular beer in my New York neighborhood was Rheingold. Every year, the brewing company would conduct a “Miss Rheingold” contest — essentially a beauty pageant — to publicize their product.

As a young boy, I’d generally find a favorite among the photographs of the attractive young women who were vying for the title. I would then go to the nearest ballot box, usually in a grocery store, which, in New York, sold beer. There I would proceed to tear off all the attached ballots, check off the woman of my choice and stuff the ballot box.

If a 12-year-old could hatch such a plot, what can we expect from our progressive, enlightened, entitled and ruthless young “wokes” and their revolutionary agenda? Or, from our immoral, corrupt and despicable political leaders and their flunkies? How about our right-wing lunatics and all the sunshine patriots so energized by cliched rhetoric?

Should be quite an election. And, quite possibly one of our last.

Outdoor gyms the way to go to stay safe

Here are my comments in response to Jan Hall’s recent letter (“Murphy should have let gyms, not beaches or bars, reopen”) and the fact that the governor has kept indoor gyms and fitness centers closed:

I would be interested in hearing about Hall’s training in the science of disease transmission.

Also, the writer might want to check out some pictures of people inside their gyms working out with no COVID-19 protection, right next to each other, with more than the suggested limit of people inside.

The owner of the Planet Fitness location in Haddon Township (Westmont) just set up a great outdoor training facility, permitted under Gov. Phil Murphy’s executive orders, that follows the guidelines suggested by the Centers for Disease Control and Prevention.

They stayed away from politics and tried to work out a reasonable solution.

Murphy’s lockdown gets a pass, ‘til now

I’ve just read that the New Jersey Business Coalition sent a letter to Gov. Phil Murphy urging him to resume reopening those businesses that are still closed, since the number of new COVID-19 cases in the state has been dropping.

Some have even suggested that Murphy should have authorized more reopening after April, when the number of coronavirus cases here actually peaked.

However, I say, let’s not pick on Murphy. The way I see it, he is simply heeding the advice of Rahm Emmanuel, the former Obama administration chief of staff, who suggested that we never let a good crisis go to waste.

Yet, I now tend to wonder if Murphy’s new push for November mail-in voting might have something to do with the outcome of the upcoming election.