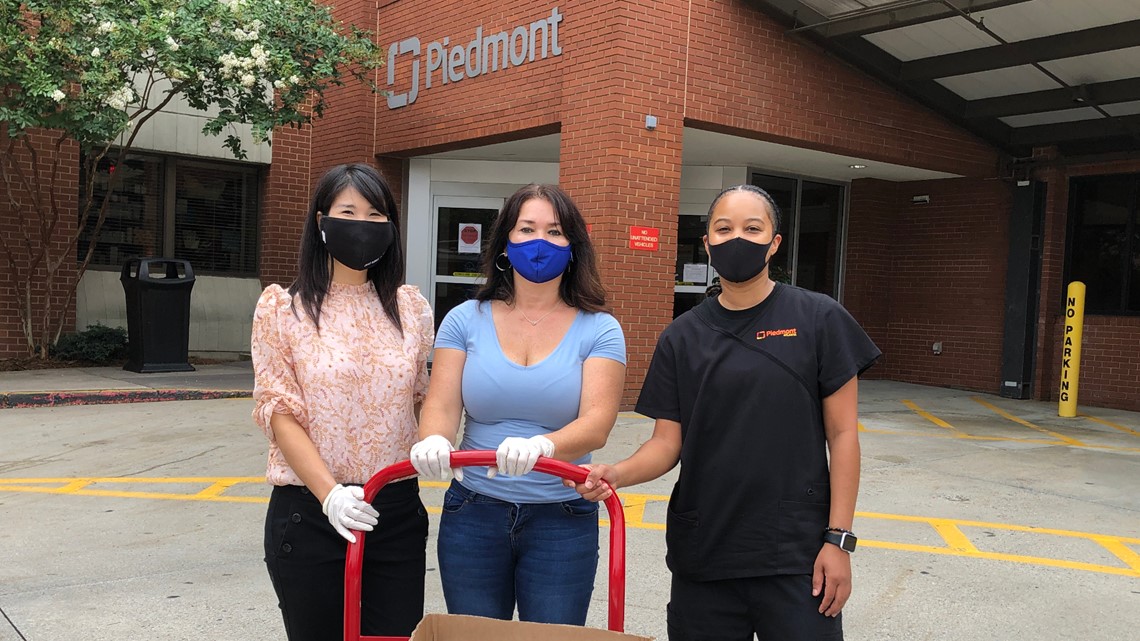 ‘We’re all in this together’ | Local business owner recruits friends to provide weekly meals for healthcare workers, homeless

Since April, Phở King Express has delivered over 4,000 meals to the community from healthcare workers to the homeless.

ATLANTA — “Be the change you want to see in the world.”

In recent years, this inspiring quote often attributed to none other than Mahatma Gandhi has become little more than fodder for social media memes and bumper stickers.

However, there are those out there in the world who take such words not only as a kindly reminder to “do unto others” but action out their time and money where their mouth is.

This soft-spoken, unassuming business owner is probably better known for her popular downtown restaurant, Phở King Express, which sits squarely within the Georgia State University footprint in downtown Atlanta, as well as just recently opening up a second location at the Met on Murphy Avenue in the West End.

Like every other restaurant owner in the metro Atlanta area, Duong has had to deal with the drastic void that the pandemic has left in the dine-in world lately.

Nonetheless, mere weeks after the pandemic shut down the businesses, schools, and universities and heavily eliminated her primary clientele, Duong did not sit on her hands or pity herself. Instead on April 3, she and a handful of her good friends decided to create a weekly meal service for those that really need it the most — healthcare workers and those experiencing homelessness.

Phở King Express, her chef, Quy Nguyen who just so happens to be a GSU student himself, and her dedicated team of volunteers like Linda Nguyen, started their first donations of 100 meals with 100 drinks to Wellstar Atlanta Medical Center on April 3, and started feeding those living on the streets on May 6.

“Every single day since this started, when you turn on the TV or Facebook, all you hear about is COVID. All you see are hospitals and doctors stressing out,” Nguyen told My East Point News emphatically.

The team also has also donated thousands of KN-95 masks and gloves to the Wellstar and Piedmont Health groups as well as continuing to feed hundreds of homeless in the downtown Atlanta and West End neighborhoods every week.

Duong told My East Point News under no uncertain terms that she will continue to do so until such a time arrives that the threat of COVID-19 is behind us.

“I have support from family, friends, and the Vietnamese community. I really appreciate the help. Without them, I might not even able to be here, after these five months,” Duong said.

Currently, Phở King Express is still open for business at her downtown location as well as her recent spot in the West End. Downtown will be open for business, Monday – Friday, 11 a.m. – 5 p.m. and the new West End location will be servicing the Southside for dinner from Monday – Thursday, 5:30 p.m. to 8 p.m. for takeout and delivery via UberEats; or you call 770-371-4612 or order online.