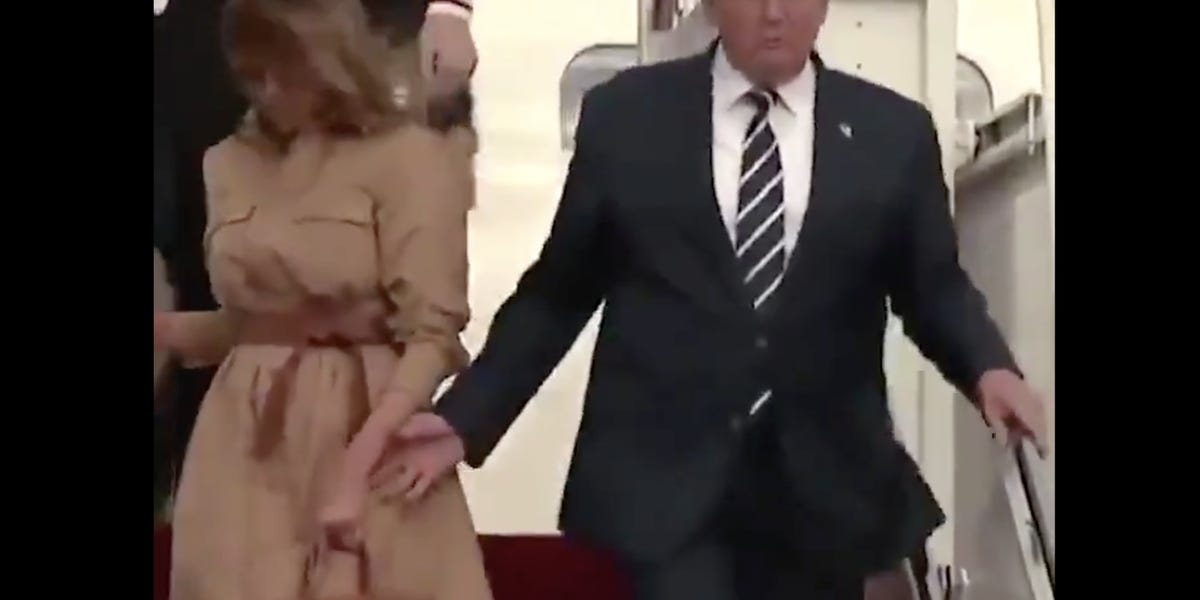 Melania Trump seemed to refuse to hold hands with President Donald Trump as they stepped off Air Force One on Sunday.

The footage, which was viewed millions of times on social media, shows the first lady and the president stepping off the aircraft at Joint Base Andrews in Maryland after a short flight from Morristown, New Jersey.

In the footage, the president twice attempts to hold her hand, and she brushes him away.

Some commentators interpreted the gesture as a snub of her husband. Others said it was more likely that she was trying to hold down her dress in the windy conditions.

It is not the first time the first lady’s behavior toward her husband in public has generated speculation.

She repeatedly rebuffed his attempts to hold her hand at an event in April 2018, amid the adult-film actress Stormy Daniels’ allegations that she had an affair with the president and was paid to keep silent about it.

In February 2018, cameras again caught the president trying to take her hand and her swatting him away, Mashable reported.

And last October, at a Republican fundraiser where he spoke about the shooting of Republican Rep. Steve Scalise, the president joked about his own marriage.

Scalise’s wife “cried her eyes out when I met her at the hospital that fateful day,” he said, adding, “I mean not many wives would react that way to tragedy. I know mine wouldn’t.”

A biography of Melania Trump published in June said she delayed moving to the White House after her husband took office to renegotiate their prenup agreement.