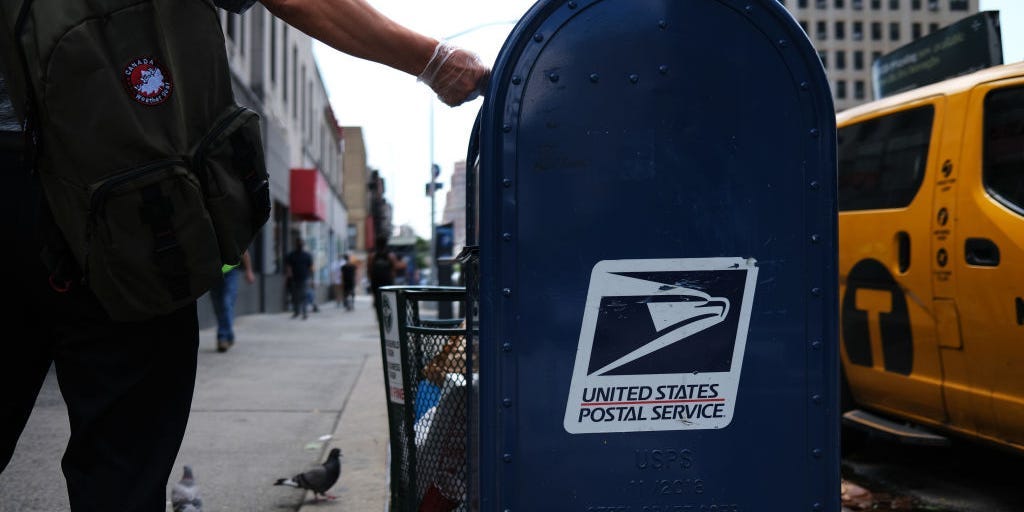 USPS will stop removing collection boxes until after the election

A United States Postal Service spokesperson said officials will not “be removing any boxes” before the election, as concerns over delayed mail delivery potentially jeopardize delivering ballots in time for November.

Since taking over the role in June, Postmaster General Louis DeJoy has imposed a number of cost-cutting measures across the system, including eliminating overtime and late dispatch hours. These measures have been reported to cause compounding delays in mail delivery, raising concerns for voters who fear their ballots may too delayed to be counted for the upcoming presidential election.

USPS spokesperson Rod Spurgeon told NBC News on Friday that the agency would hold off until the election, when officials will reevaluate operations.

Spurgeon’s reassurance came after several posts on social media said mailboxes were being removed by trucks.

Presumptive Democratic nominee Joe Biden balked at the reports of the service hauling away collection boxes, saying on Friday photos and reports of removals out of Oregon were “bizarre.”

On Friday, The Washington Post reported that USPS notified 46 states and Washington DC that they may not be able to fully deliver all ballots via mail in time for the November election. Business Insider’s Grace Panetta reported that voters should request ballots as soon as possible.

Amid concerns for tardy ballots, President Donald Trump said earlier this week he would not provide additional funding for the postal service, but later said he would sign a bill that included emergency funds for the service.

Concerns for votes and delayed mail provoked at least one group to organize dozens of demonstrators outside DeJoy’s Washington, DC, home on Saturday.

2020-08-16
Previous Post: The Big 4 Economic Indicators: Industrial Production Up In July
Next Post: Hundreds of NH business have closed since start of pandemic