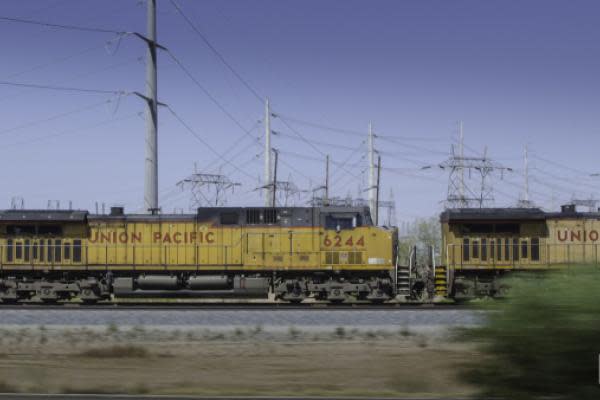 Weekly U.S. intermodal volumes rose year-over-year for the second week in a row, according to the Association of American Railroads.

The increase comes as the ports of Long Beach and Oakland in California reported that imports were up year-over-year in July.

Although weekly U.S. intermodal volumes were higher year-over-year for a second week in a row, several uncertainties remain, such as how the COVID-19 pandemic will play out this fall and winter, as well as the pace of an economic recovery.

That uncertainty is not only affecting the railroads but all stakeholders along the supply chain. For instance, consultancy firm Armstrong & Associates Inc. anticipates that the U.S. third-party logistics (3PL) industry will post a drop in gross revenues in 2020, its second consecutive year of declines coming off a banner decade. The firm projects 2020 gross revenues for U.S.-based 3PLs to hit $208 billion, a nearly $5 billion falloff from 2019 levels of $212.8 billion, FreightWaves reported Wednesday.

For now though, U.S. intermodal activity increased last month at some ports. Last week FreightWaves reported that the Port of Oakland saw a 6.4% increase in containerized import shipments in July year-over-year as U.S. retailers were restocking inventories that had been depleted as a result of the coronavirus pandemic.

“It’s good to see an uptick in cargo activity,” said Bryan Brandes, the Port of Oakland’s maritime director. “But we’re not doing any victory celebrations because the trade outlook remains unclear as long as the pandemic is with us.”

Imports also improved in July at the Port of Los Angeles and were down just 4.3% from a strong 2019. But exports were down 21.7% in July year-over-year from 161,340 twenty-foot equivalent units (TEUs) to 126,354 TEUs amid trade tensions between the U.S. and China, FreightWaves reported Tuesday.

Import shipments at the Port of Los Angeles (in blue: ICSTM.USLAX) and the Port of Oakland (in green: ICSTM.USOAK) over the past month. The graph charts the seven-day moving average of shipments into a given port based on U.S. Customs data. (SONAR)

With the increase in intermodal activity comes questions about whether the railroads’ networks will have the capacity needed to handle higher volumes. For now, Union Pacific Corporation (NYSE: UNP) appears to be monitoring how its network is performing given the volume increase.

“Union Pacific imposed more spot rate hikes out of California this week, with the apparent intention of discouraging spot business so that it can concentrate on restoring network fluidity for its core contracted customers,” said a FreightWaves Passport Research report Wednesday.

The report continued, “Meanwhile, in response to Amazon’s grab for trans-Pacific container ship capacity, Walmart has booked slots going to Houston and Savannah, Georgia. We reiterate our belief here that West Coast intermodal network issues will not be resolved anytime soon, especially as volumes rapidly grow into peak season. That will put more pressure on trucking companies and continue to tighten capacity on the West Coast, as well as important trucking markets like Dallas.”

Kim Link-Wills and Mark Solomon contributed to this report.

US 3PL industry to post revenue drop in 2020, Armstrong predicts