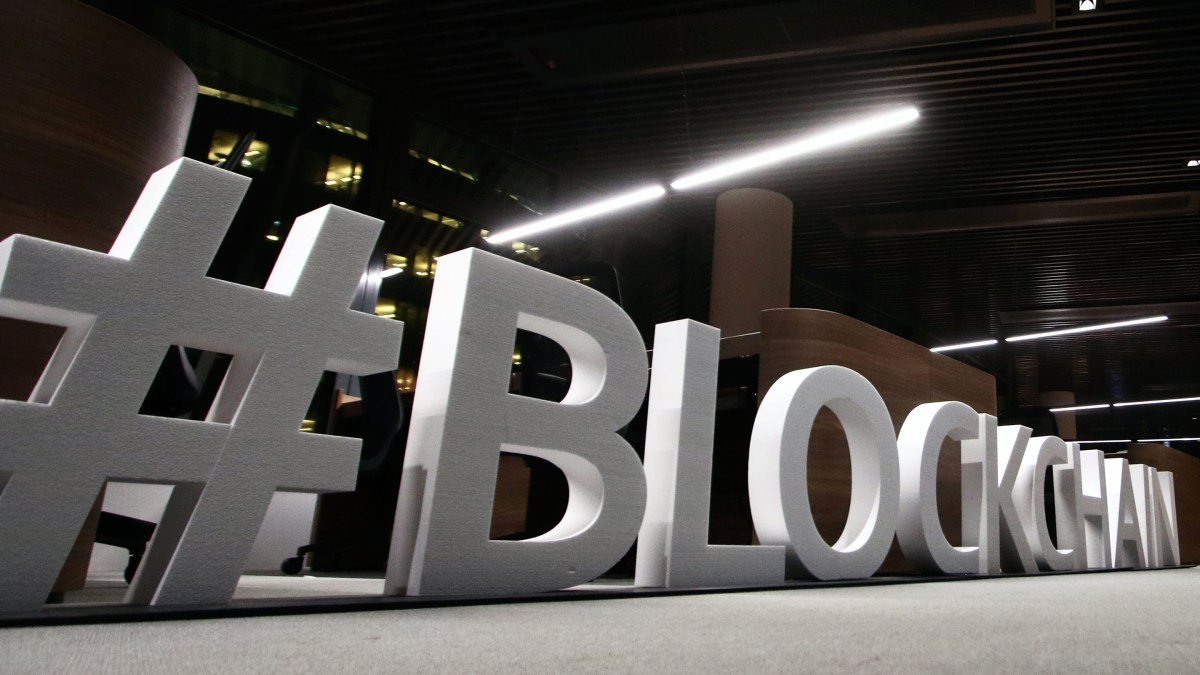 Universal basic income, blockchain and more: Reimagining the next decade

There’s a thesis emerging that amid the terrible pandemic challenges, people are more receptive to a wider range of policy options now than they were at the start of the year.

Mauro Guillén, a professor of management at the University of Pennsylvania’s Wharton School of Business and author of the new book “2030: How Today’s Biggest Trends Will Collide and Reshape the Future of Everything,” spoke with “Marketplace Morning Report” host David Brancaccio about this. The following is an edited transcript of their conversation.

David Brancaccio: You note that the birth rate in many parts of the developed world is down. Populations in Germany, certainly Japan and here in the U.S. are getting older. But one exception you’ve identified is Africa. And you see that as a great economic strength for a region that has long been damaged by the legacy of colonialism and bad governance?

Mauro Guillén: Absolutely. Between now and the year 2030, 400 billion babies will be born in Africa. And that can be a disaster, of course, if we don’t find ways of feeding them or educating them. But it’s also a huge opportunity because Africa will have by far the youngest population in the world. And economies tend to be more dynamic when the population is younger, on average. And let’s not forget last year, in 2019, out of the 10 fastest growing economies in the world, six were in sub-Saharan Africa. So things are changing there.

Brancaccio: And there’s a tech hub in the capital of Kenya, Nairobi?

Guillén: They call it the “Silicon Savannah.” You see, African — especially sub-Saharan African — countries are well ahead of the rest of the world. When it comes to the adoption of mobile payments, for instance, and also telemedicine. We’re only discovering it now in the United States because we are selectively under lockdown, but they’ve been practicing telemedicine for at least 10 years. So, in some ways, actually, Africa is ahead of the curve relative to the rest of the world. They’re innovating. And once again, they have this dynamism coming from the fact that they have a very young population.

Brancaccio: Dr. Guillén, the fact that we’re in pandemic can set a lot of these trends back. I’m particularly thinking of how it will evolve in sub-Saharan Africa, this virus.

Guillén: Let’s not forget that they are better equipped than we are in terms of first-line, federally sponsored public health measures. They know how to do contact tracing because of Ebola and because of other epidemics that they’ve had to deal with over the last 10 years. So, yes, they will be impacted. And, of course, they don’t have the health care system that we have over here. But, remember, once again, they have a younger population. So the symptoms and the consequences of acquiring the virus might be less severe in a younger population. And they have a much better system in place for contact tracing than we do.

Brancaccio: Now, as we reimagine the economy to make it work better for more people, you spend a lot of time [in your book] on a technological advance. It’s not that you’re focused on Bitcoin, per se, or the other cryptocurrencies. It’s more about the plumbing underneath the cryptocurrencies. What are you talking about?

Guillén: Well, as you know, that’s called the blockchain. It is, as you said, the plumbing, the underlying system that enables cryptocurrencies, but so many other things as well, ranging from saving endangered species to chasing criminals around the world, and also perhaps having an effective system of gun control.

Brancaccio: I know the term blockchain just makes me break out in hives or fall asleep. But, blockchain is what? It’s a digital form of indelible ink. It’s like a fraud-resistant way to prove that something that you say happened, has really happened. That’s kind of what it is.

Guillén: It’s a registry. Exactly. [A registry] that exists digitally, as opposed to physically, and as you said, no record can be changed once the record has been recorded. And the power of this technology promises to unleash, I think, a revolution. You see companies, banks and governments are using it to create a digital future in which, I think, we’re going to be better off, if we manage to use this technology for good. Because remember, every technology can also be used for evil ends.

Brancaccio: For instance, you could use blockchain to trace very precisely a piece of intellectual property. [Say] you composed a song. And let’s say it’s played somewhere and you’re owed a couple pennies. Blockchain would be a fraud-resistant way to know that you’re owed some money.

Guillén: Absolutely. But not only that, also think about the kinds of incentives that we can give people to engage in prosocial behavior. For example, economize their use of energy. If we have a registry where we see what people are doing in terms of energy usage, we can also introduce in that system, in this blockchain, in this registry, we can introduce incentives to make people see that they can save energy and therefore contribute to saving the planet.

Brancaccio: Is there a case [to be made] that the range of economic policies has widened in this year of pandemic and the new energy we’re seeing in the social justice movement?

Guillén: Yes, absolutely. I think there are more people, not just experts, but just in general, more people willing to consider the government growing its mountain of debt in order to save the economy. I think there’s also more of an understanding about the role that the Federal Reserve plays in terms of implementing a very loose monetary policy. And I also believe that there’s a renewed interest in schemes such as universal basic income. So yes, I think a situation as extraordinary as this one calls for certain sacred cows from the past to be reconsidered as sacred cows. And I think there’s a scope for innovation here. And we certainly need to use every tool at our disposal in order to get the economy out of the problem that we have right now.

Brancaccio: This notion of universal basic income, it’s been studied around the world. Alaska had a version of it, with proceeds from the state’s oil revenues. It’s been talked about as one way to get around when technology takes human beings’ jobs away. It was very theoretical, in most places, yet, there is one now — the $1,200 checks that the U.S. government sent out to many Americans. That’s a universal basic income. Temporary, but there it is.

Guillén: Yes, absolutely. A universal payment, in this case, universal meaning for people under a certain income. And I think the idea of — let me drop the “universal” part for a moment — basic income is really good. You see, the Alaska experiment with oil royalties, I think it’s problematic because everyone, regardless of their income or wealth, gets that check in Alaska. And sometimes it can be as high as $1,600 for the year. You see, richer people then save that money, but people at the lower end of the economic scale, what they do is they spend the money. So it tends to broaden inequality in the longer term. But I do believe that because of the problem that you pointed out, technological unemployment, I think, perhaps this is an idea whose time has come. And, Elon Musk recently said that maybe we have no alternative but to actually implement some kind of a basic income. And again, I would drop the “universal” because I don’t think everyone should get it.

Brancaccio: Yeah, but Elon Musk at Tesla, he’s probably going to come up with vehicles that replace a lot of truck drivers someday. And he wants to know what happens to the human truck drivers in the fullness of time. And, you know, some people, including Mr. Musk are coming around to this idea of maybe a basic income.

Guillén: That is true. But at the same time, also remember, he’s creating a lot of manufacturing jobs here in the United States, in an industry that is not going away, it’s not a declining industry. It’s not one that needs money. And I’m not talking about the automobile industry. I’m talking about the electric automobile industry. And so, yes, up to a point, I think when big entrepreneurs or CEOs talk about universal basic income, they have an ulterior motive, which is, of course, that they need demand for their products or services. But, you see, that’s another big consideration. Now we are in a consumer-oriented economy. Two-thirds of GDP is consumption. And if people don’t have money in their pockets, then this type of economy that we have can’t work.

As a nonprofit news organization, our future depends on listeners like you who believe in the power of public service journalism.

Your investment in Marketplace helps us remain paywall-free and ensures everyone has access to trustworthy, unbiased news and information, regardless of their ability to pay.

Donate today — in any amount — to become a Marketplace Investor. Now more than ever, your commitment makes a difference.