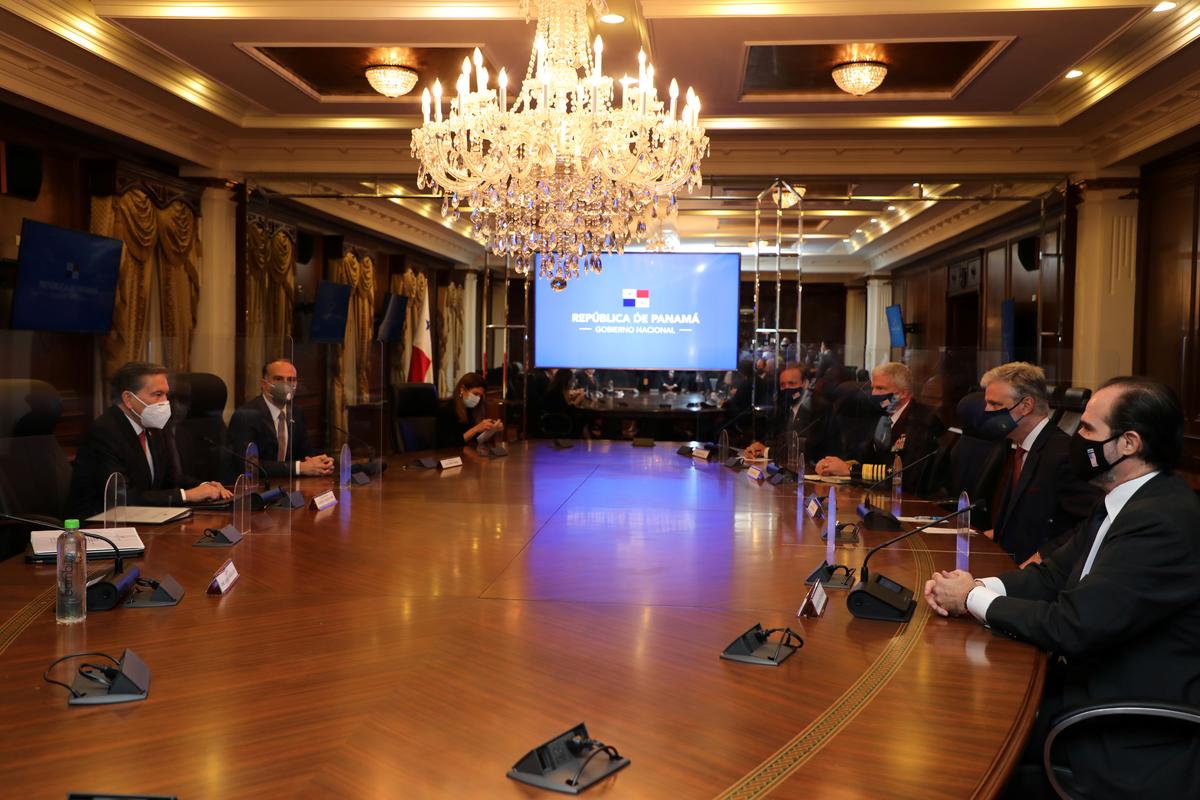 U.S. National Security Advisor Robert O’Brien and Panama’s President Laurentino Cortizo attend a private meeting at the presidential palace in Panama City, Panama August 17, 2020. The U.S. Embassy in Panama City/Handout via REUTERS ATTENTION EDITORS – THIS IMAGE HAS BEEN SUPPLIED BY A THIRD PARTY. NO RESALES. NO ARCHIVES

PANAMA CITY (Reuters) – The Unites States will bolster Panama’s ability to crack down on money laundering and other acts of graft, the U.S. embassy in the Central American nation announced on Monday following high-level meetings between officials from both countries.

The new anti-money laundering task force will involve training for Panamanian prosecutors and regulators by personnel from the U.S. Federal Bureau of Investigation (FBI).

“The task force will target money laundering networks, including non-narcotics related networks, and strengthen capacity to investigate, disrupt and prosecute money laundering and corruption,” according to a statement from the embassy.

It was not immediately clear when the new task force would begin operating or how much funding for FBI-led training would be included.

The announcement followed meetings between President Laurentino Cortizo and U.S. National Security Adviser Robert O’Brien, along with other officials.

Prior to leaving for neighboring Colombia, O’Brien and Cortizo also discussed U.S. assistance for Panama’s response to the coronavirus pandemic, including a donation of 50 ventilators and several thousand testing kits.