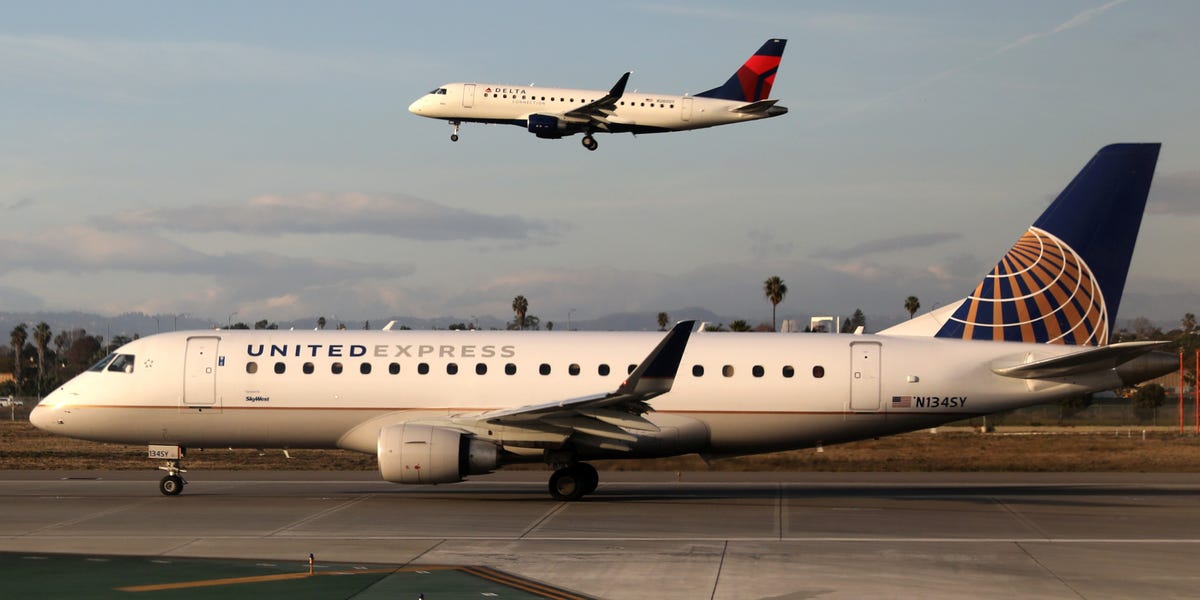 United removing seats from Embraer E175 as October 1 layoffs near

United Airlines’ Embraer E175 aircraft are heading to the maintenance hangar for a retrofit that will actually reduce their total number of seats.

The largest regional jets operated under the United Express brand will purposely be made less economical to fly thanks to what’s known as a “scope clause” in United’s pilot contract, FlightGlobal reported. The six-seat reduction from 76 to 70 seats on all of its Embraer E175s is mandatory per the contract as United plans to furlough pilots – which triggers the seat removal, United told AviationWeek – after assistance under the CARES Act vanishes on October 1.

Though it seems counterintuitive to make a plane less capable of generating revenue during the pandemic – considering United has committed to filling its planes to capacity – the move is actually protecting United’s pilots. As part of a deal with the pilot union, United can have 255 regional jets that seat greater than 50 and no more than 76 seats, according to FlightGlobal.

The reduction in demand that the pandemic has inflicted would have made regional jets more attractive to fly since they carry fewer passengers further at a lower cost than mainline jets. But having those scope limitations in place is preventing United from outsourcing its mainline operation to the regional partners.

Here’s how it hurting and helping passengers.

2020-08-15
Previous Post: If You Invested $1,000 in Novavax’s IPO, This Is How Much Money You’d Have Now
Next Post: Amul adopts digital tracking, monitoring systems for artificial insemination