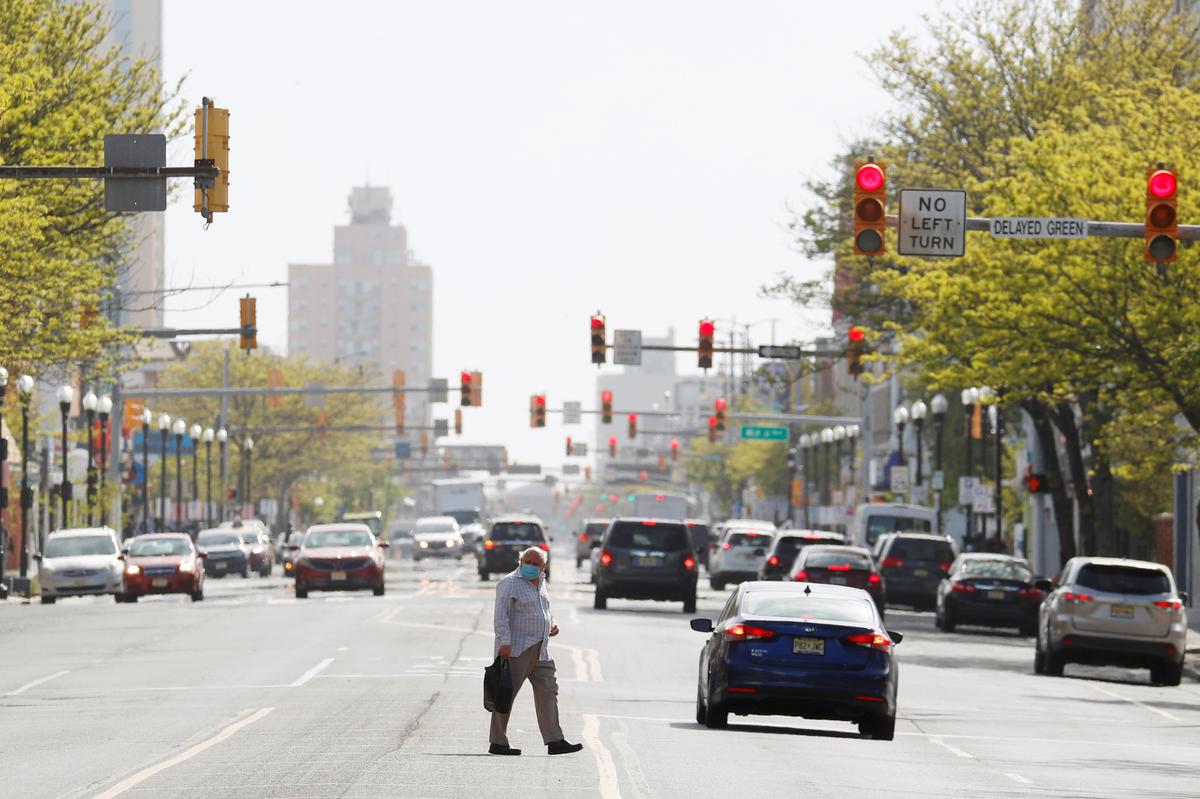 BENGALURU (Reuters) – The U.S. economy is recovering smartly from the deepest recession on record, but unlike financial markets, economic forecasters have yet to show any new wave of optimism about quelling the virus and business returning to normal.

FILE PHOTO: A man crosses a street with little traffic due to the ongoing national outbreak of the coronavirus disease (COVID-19) in Atlantic City, New Jersey U.S., May 19, 2020. REUTERS/Lucas Jackson

Indeed, the latest Reuters poll suggests that if the world’s largest economy is to sustain its momentum, a second round of fiscal stimulus ahead of the upcoming presidential election to preserve jobs would be required.

The survey of over 110 economists taken Aug. 14-20 found the U.S. economy – which remains the global epicenter of the virus with over 5.5 million cases – would grow 18.8% this quarter on an annualized basis after shrinking a record 32.9% last quarter.

It was then expected to grow 6.1% in Q4, slightly slower than the 6.5% rate predicted in July. That is a bit stronger than the best quarter during the recovery from recession following the global financial crisis over a decade ago.

While the poll median for Q3 was the most optimistic since April, the Q4 consensus was cut for the third consecutive survey and there was no material change in the growth outlook next year, with growth seen slowing from 5.0% in the first quarter to 3.0% by Q4.

“With consumer confidence weakening, employment growth stalling and incomes being squeezed by lower federal unemployment benefits, there is the potential for a period of weaker economic activity in the absence of more support,” said James Knightley, chief international economist at ING in New York.

“There is still huge uncertainty about a vaccine and its efficacy. Given the economic challenges already mentioned we suspect that the recovery could take longer than many anticipate.”

The latest findings stand in sharp contrast to exuberance on Wall Street, where benchmark stock indexes have recovered all of the 35% losses incurred at the start of the pandemic and are trading just below record highs.

The Federal Reserve has pledged unlimited liquidity through its bond purchases after slashing interest rates to zero, the biggest such stimulus in history, while the U.S. Congress enacted a $2 trillion fiscal package earlier this year.

In minutes to its latest meeting, the Fed suggested more support for the economy would be required.

St. Louis Fed President James Bullard told Reuters this week Wall Street has called this “about right” so far and the United States would do better than many forecasters anticipate.

But Reuters polls accurately estimated the historic collapse in Q2 GDP, predicting a 30% contraction as early as April and came within 1.2 percentage points of the actual -32.9% outcome the week before the data was published late last month.

Asked how long would it take for the U.S. economy to reach its pre-COVID-19 level, more than half of respondents, or 28 of 48, said two or more years. The rest said one to two years and none said less than a year.

Such strong rates of growth are not forecast to generate much price pressure either, with inflation expected to bump around below 2% this year and next.

Much will depend in the near-term on whether Congress, deadlocked along party lines, comes to an agreement.

“Delinquencies will likely rise even further if some sort of deal cannot be worked out to extend supplemental unemployment benefits. Failure to reach a deal on more stimulus would have wide ranging impact on the economy,” said Sam Bullard, senior economist at Wells Fargo.

The jobs outlook is uncertain. Economists were almost split on the risk the job recovery reverses by year-end, with 24 saying it was high or very high and 20 saying it was low.

The unemployment rate was forecast to slip over the next two years, but would remain above pre-COVID levels, averaging 9.0% this year and 7.6% next year, compared with 3.5% reported just before the pandemic.

(For other stories from the Reuters global long-term economic outlook polls package:)