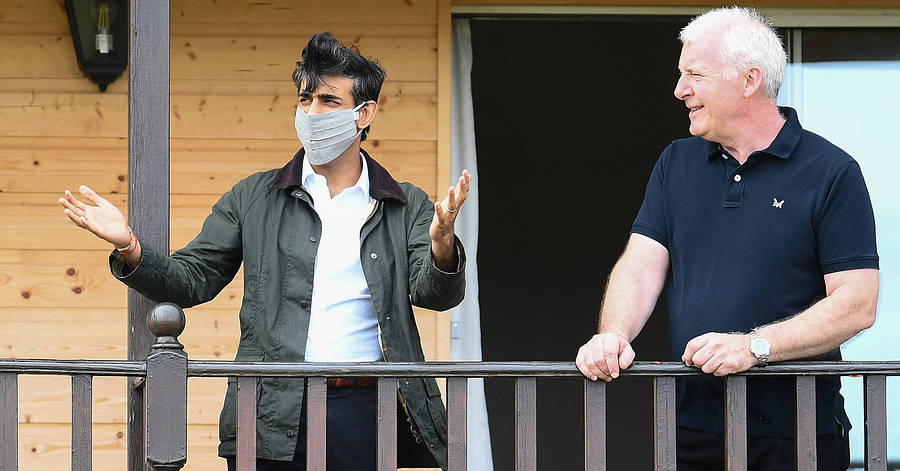 
Faced with the prospect of a massive rise in unemployment by the end of the year, the U.K. government announced on Friday another significant job-support program to supplant the more ambitious one set up earlier this year to counter the effects of the coronavirus pandemic.

The announcement came on the day the Office for National Statistics said that gross domestic product grew 2.1% in August, less than half of what was forecast by a Reuters poll of economists. The U.K. economy remains more than 9% smaller than its pre-pandemic February level, and most of the August bounce was due to the government restaurant-subsidy program, now expired, known as “Eat out to help out.”

Chancellor of the Exchequer Rishi Sunak, just three weeks after announcing his “winter economy plan,” had to change tack once again to adjust his policy to the prospects of a worsening economic situation in the coming months.

Under the new program, the government will pay up to two-thirds, with a cap of £2,100 a month, of the salaries of employees working for businesses forced to close due to the pandemic-related restrictions.

A Treasury source told Reuters that the new wage support measures, to last for six months, will cost hundreds of millions of pounds a month.

“I hope that this provides reassurance and a safety net for people and businesses in advance of what may be a difficult winter,” Sunak said.

Only a week ago, the U.K. chancellor announced a £9 billion program in the form of a “job retention bonus” to be paid to companies who keep their furloughed workers on the payroll until at least February, 2021. The job-furlough program he had announced in March will expire at the end of the month.

Parts of the U.K., notably in the northwest of England, are now under strict local lockdowns, and the government has increasingly tightened restrictions on the national level, with pubs and bars now shutting down at 10 p.m., and a general ban of gatherings of more than six, inside or outside the homes.

The latest plan is designed to “protect jobs and provide a safety net for those businesses that may have to close in the coming weeks and months,” a Treasury official said.

Sunak, in a speech to the Conservative Party conference earlier this week, pledged to tackle at some point the twin problems of rising fiscal deficit and public debt, but indicated that now wasn’t the time to raise taxes.

The U.K. Chancellor has been a steadfast opponent of a return to national lockdowns, arguing that the price for the economy, notably for the hotel and restaurant industries, would prove unbearable.