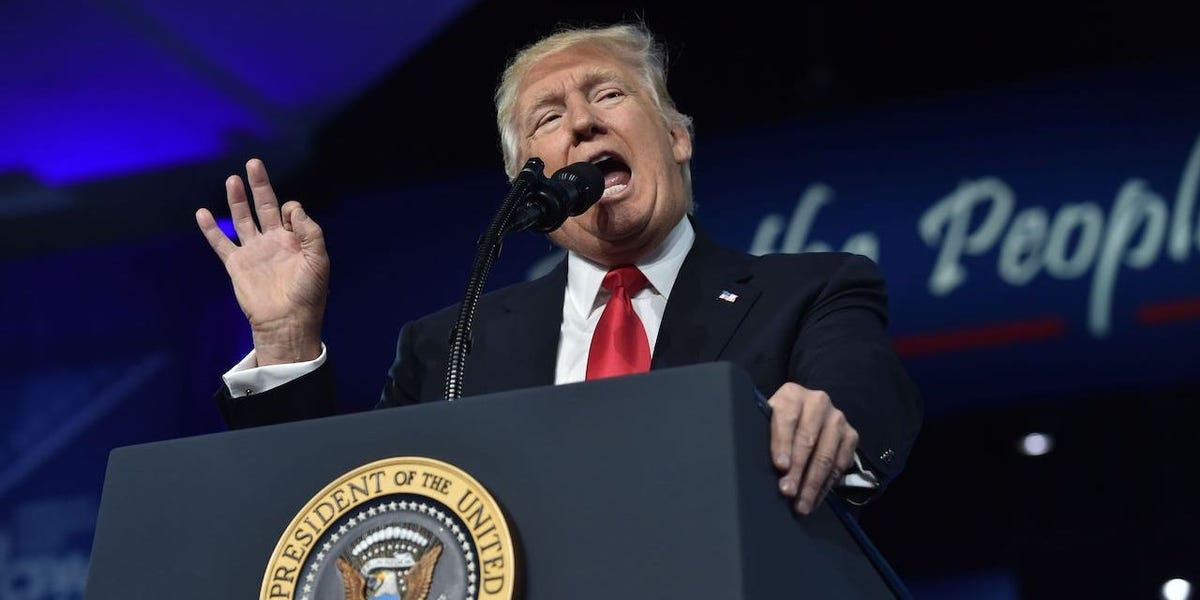 Trump’s chaotic convention style might flop in a virtual format

While there were awkward moments and some slow segments during Democrats’ week of events, the party managed to take advantage of the virtual forum to stay on message and intra-party minimize drama.

But the new format, which Republicans have grudgingly agreed to after months of shifting plans, may be particularly difficult for President Donald Trump, who famously prefers his speeches long, at least partially unscripted, full of applause lines, and interrupted by large and adoring crowds.

During their four day-long convention this week, Democrats showcased a broad, diverse array of voices from across the ideological spectrum. An unexpected highlight of the week was the physically distanced roll-call vote, during which delegates spoke from all 50 states, putting on display the geographical and cultural diversity of the party and the country.

Because the events were tightly programmed, relatively brief, and — in many cases — prerecorded, Democrats stayed largely on message. Nominee Joe Biden’s tag lines — “restore the soul of this nation,” “build back better,” — and messages of unity and empathy were hammered home with unusual consistency.

Virtually no one was given the opportunity to deviate much from the central message, speak past their allotted time, or otherwise spark drama or hijack the moment.

The virtual, audience-less format also complemented the somber, urgent tone of the events. Democrats attempted to send the message that the party is ready to take the reins of a nation in crisis. A cheering, belligerent crowd would’ve awkwardly contradicted that message.

Major speakers like the Obamas and the Bidens took advantage of the intimate format by speaking directly to the camera, at close range, about what they described as the crises of the Trump presidency and the necessity for urgent course correction. Former Second Lady Jill Biden and former President Barack Obama used the settings of their speeches, a Delaware classroom and Philadelphia’s American Revolution Museum, respectively, to drive home their messages.

Awkward moments in and between live shots and speeches — like Sen. Kamala Harris’ acceptance of the vice presidential nomination — delivered from empty auditoriums, served as reminders of the scary, abnormal moment the country is in.

Trump without a crowd

Next week, the Republican Party will have to sell the American people on another four years of Trump without a live audience of the president’s most enthusiastic supporters.

The 2016 convention was widely viewed, for better or worse, as the most chaotic and controversial in modern US history. Trump supporters popularized their infamous “lock her up!” chant at the convention, Sen. Ted Cruz was booed off stage after urging the audience to “vote your conscience,” and Melania Trump faced blowback after delivering lines plagiarized from Michelle Obama.

Trump accepted the 2016 nomination with a one hour and 15 minute-long speech chock-full of applause lines designed to excite his base, including, “Nobody knows the system better than me, which is why I alone can fix it” and “We are going to defeat the barbarians of ISIS — and we’re going to defeat them fast.”

Many of Trump’s most celebrated messages in that speech were delivered with an off-script addition designed to rile up the crowd. In one instance, Trump declared, “We must immediately suspend immigration from any nation that has been compromised by terrorism until such time as proven vetting mechanisms have been put in place.” He added, unscripted, “We don’t want them in our country!”

While Trump rose to power by decrying “American carnage” and promising to make America safer, more prosperous, and more competitive, he now must convince Americans that they’re better off than they were four years ago.

“Joe Biden grimly declared a season of American darkness, and yet look at what we’ve accomplished,” Trump told a crowd of supporters in Arlington, Virginia on Friday in what might be a preview of his convention message.

Amid the ongoing pandemic, economic crisis, and national reckoning with racial injustice, Trump’s already difficult task of keeping his coalition together and winning over independents is significantly more challenging.

The GOP convention lineup will include the president’s family members, top supporters in Washington, and Americans who can speak to his core issues. These include a couple arrested after threatening peaceful protesters outside their St. Louis home with guns, a Covington Catholic High School student who successfully sued news outlets for defamation, a Planned Parenthood clinic director-turned anti-abortion activist, and the father of a Parkland, Florida shooting victim.

Trump won the majority of independent voters in 2016. But this year, polling has Biden winning independents by 17 points, according to a recent Washington Post-ABC News poll.

The president is most effective in galvanizing his base of supporters and the GOP may struggle to convince independents and persuadable voters to support Trump with what will likely be a polarizing convention.

2020-08-23
Previous Post: How America’s Largest HCBU Will Safely Open During COVID-19
Next Post: 5 steps to start growing your business through blogging