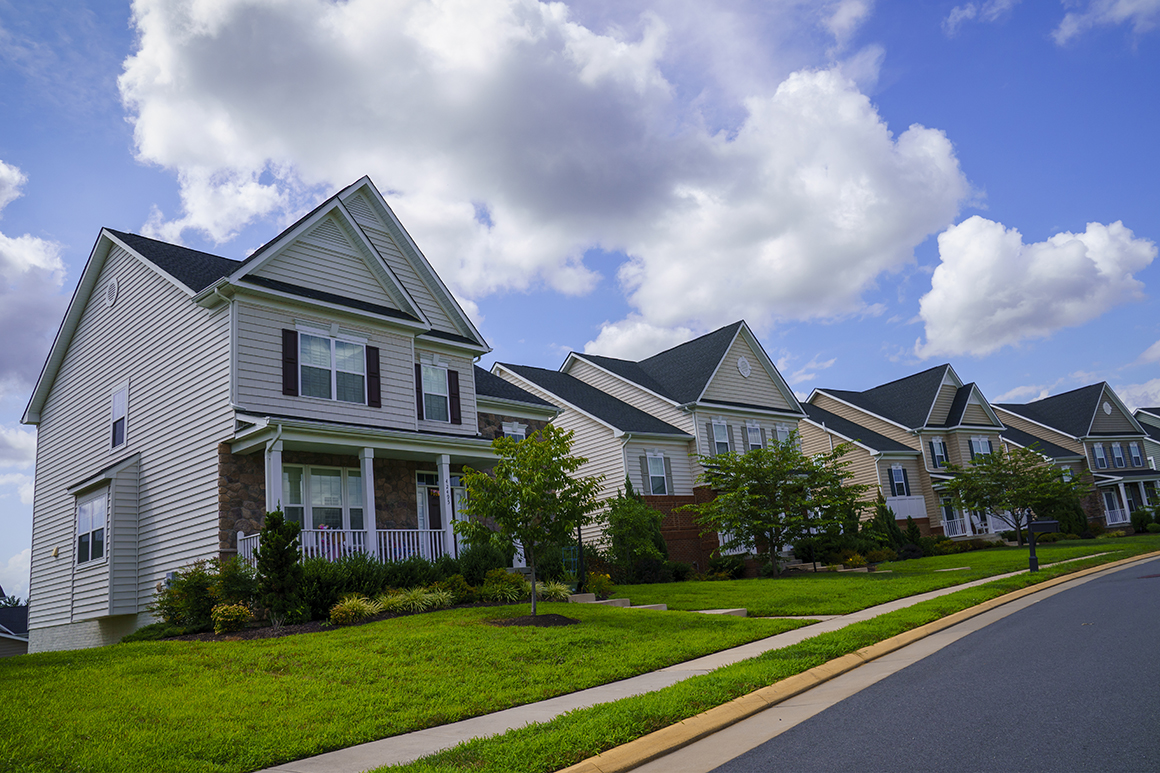 Trump is going to war on low-income housing in suburbs. He once embraced it.

Trump issued an executive order in June 2019 establishing a White House Council on Eliminating Barriers to Affordable Housing and appointing Carson — the only Black member of his Cabinet — as its chair. He directed the group to “address, reduce, and remove the multitude of overly burdensome regulatory barriers that artificially raise the cost of housing development.”

At a meeting the council held with housing industry representatives at the White House in November, Carson repeated his longtime plea that Americans abandon the “Not In My Backyard” mentality that lies behind the support for exclusionary zoning rules, according to attendees.

“Secretary Carson very eloquently made a solid case against restrictive zoning both on civil rights grounds and economic grounds, and really the entire White House economic staff was there in the room, nodding their heads.” said National Housing Conference President David Dworkin, a former Treasury official under both the Obama and Trump administrations.

Trump’s dramatic about-face on the issue came as he began to hammer a “law and order” theme after widespread racial justice protests this summer, lifting a page from the Richard Nixon 1968 playbook. His recent comments about the dangers of a sweeping Obama-era fair housing rule — which Trump has rescinded — are part of a gamble that he can claw back support from wary suburbanites unnerved by scenes of urban rioting.

Trump beat Hillary Clinton in the suburbs 49 percent to 45 percent, according to exit polls from the 2016 presidential race. But Democrats gained control of the House of Representatives in 2018 by making deep inroads with those voters, flipping four seats in the once-Republican stronghold of Orange County, California, alone.

“This is an attempt to make a law-and-order case to an audience that no longer exists,” Dworkin said. “The people who live in the suburbs today are largely going to be embarrassed by these arguments and do not want to be associated with racist housing policies, even when they have reservations about affordable housing.”

Trump tried to make that case yet again on Saturday, tweeting: “Why would Suburban Women vote for Biden and the Democrats when Democrat run cities are now rampant with crime… which could easily spread to the suburbs, and they will reconstitute, on steroids, their low income suburbs plan!”

For his part, Carson has spoken of “taking on the NIMBYs” as far back as 2018. That was the same year a HUD research report faulted “local zoning and regulations, lengthy permitting processes, and ‘not in my backyard’ opposition as primary causes of restricted housing supply and rising housing prices.” That report found that “in the suburbs, NIMBYism…may have worsened” in recent years.

“Secretary Carson does not believe that unelected bureaucrats in Washington should be setting blanket, national policies on intimate local issues such as zoning laws,” HUD spokesman Brad Bishop said.

“Through [the 2019] executive order, the Secretary has worked with local and community leaders to examine affordable housing needs across the country and identify unreasonably burdensome federal regulations that delay permitting and review procedures and stifle affordable housing for those who need it most,” he added.

It was also a great way to needle the Democratic mayors of cities with the highest housing costs, including Los Angeles, San Francisco and New York – each of which was singled out for imposing “excessive local regulatory barriers” to housing in the White House’s most recent annual report of the Council of Economic Advisers, released in February.

That report, which called cutting local government barriers to housing “a priority for the Trump administration,” even cited the 2015 Affirmatively Furthering Fair Housing rule — the one Trump scrapped this summer — as a tool the administration would use to increase housing supply.

The Obama-era rule was intended to compel localities to take active steps to combat segregation to fulfill the promise of the landmark 1968 Fair Housing Act. HUD in January had released a proposed rule watering down the AFFH after delaying its implementation for years.

“HUD has also taken action under the Trump Administration to counter regulatory barriers to building affordable housing. The Affirmatively Furthering Fair Housing rule…is being revised to focus more clearly on increasing housing supply in areas where supply is constrained,” the CEA said in its annual report.

“This rule recognizes that increasing housing choice for disadvantaged groups requires taking on regulatory barriers that place housing in large swaths of specific areas out of reach for lower-income families,” the report added.

That would seem to have been news to Trump, who four months later — when few people were talking about the suburbs amid the twin crises of a global pandemic and deep recession — tweeted that he would be “studying” the “devastating” AFFH rule “at the request of many great Americans who live in the suburbs.” He warned that Biden – who supports resurrecting the original version of the rule – “wants to make them MUCH WORSE.”

HUD revoked the rule entirely three weeks later. Trump has linked the move to his bid for re-election in tweets.

“The ‘suburban housewife’ will be voting for me. They want safety & are thrilled that I ended the long running program where low income housing would invade their neighborhood,” he tweeted on Aug. 12. “Biden would reinstall it, in a bigger form, with Corey Booker [sic] in charge!”

The op-ed that he and Carson wrote in the Wall Street Journal explicitly connects the suburbs argument to his campaign to paint Democratic cities as overrun with “crime and chaos” in the wake of the mass protests — some of which turned violent — inspired by the death of George Floyd at the hands of Minneapolis police.

“Rather than rethink their destructive policies, the left wants to make sure there is no escape,” they wrote. “The plan is to remake the suburbs in their image so they resemble the dysfunctional cities they now govern. As usual, anyone who dares tell the truth about what the left is doing is smeared as a racist.”

Sen. Cory Booker, the New Jersey Democrat who Trump says would be charged with enforcing the original fair housing rule in a Biden administration, said the president’s attacks were another case of his using “racial tropes” to stir up division.

“It sounds like his normal tools in his toolbox … which is bigotry and fear-mongering, and in many ways trying to pit Americans against Americans,” Booker, one of only three Black U.S. senators, said Wednesday in an MSNBC interview.

Trump “literally thinks by invoking the name of a Black politician that somehow you can scare white people,” Booker added, a situation that he said “is both angering to the Black community and the white community.”