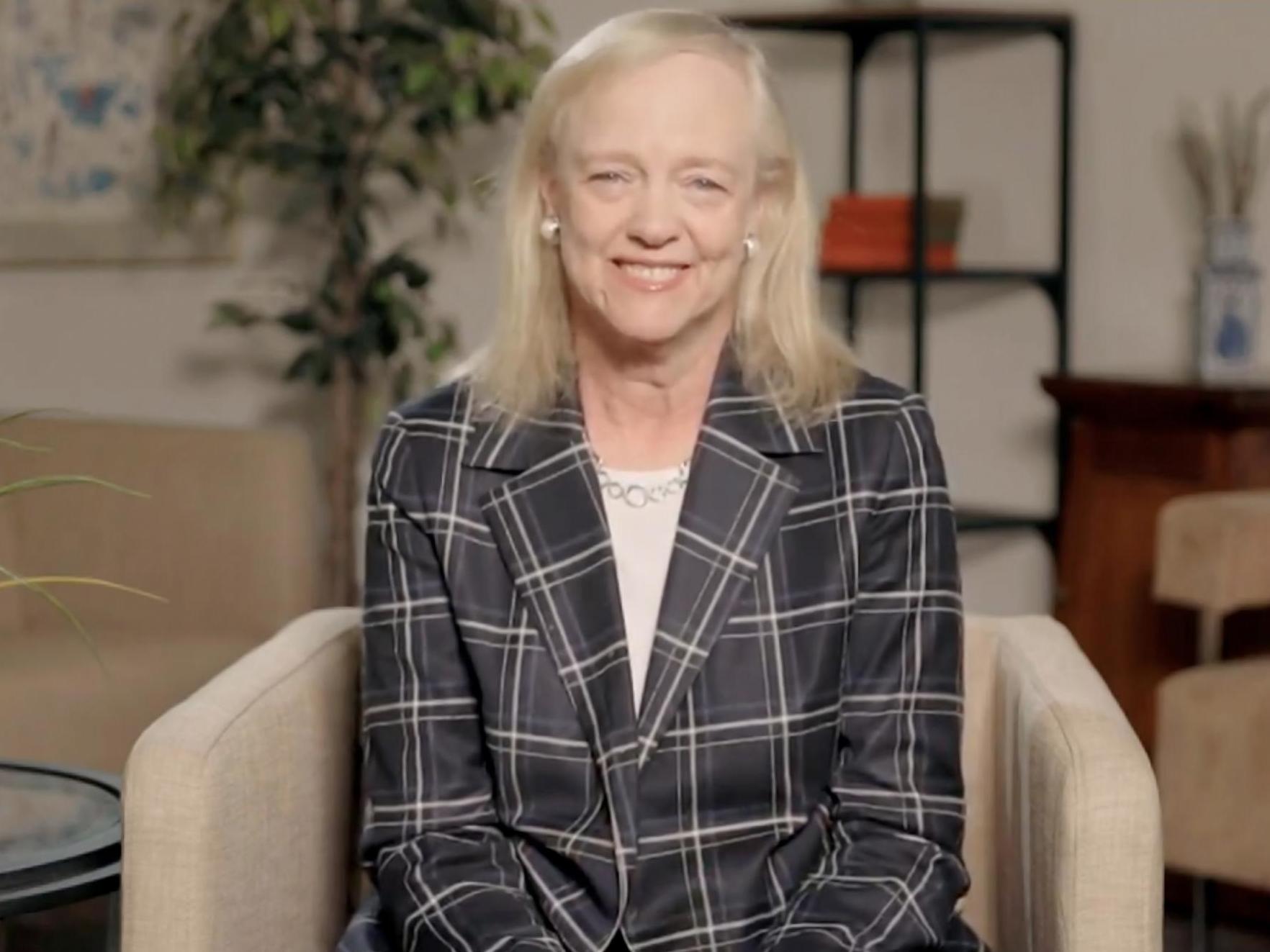 ‘Trump has no idea how to run a business’: Billionaire Meg Whitman leads Republicans speaking out against president at DNC

Billionaire Meg Whitman was among four Republicans to endorse Joe Biden for president on the opening day of the Democratic National Convention (DNC).

The DNC is taking place online this year due to the ongoing coronavirus pandemic, and in a pre-recorded segment on Monday Ms Whitman shared her support for the presumptive Democratic nominee.

The 64-year-old businesswoman said: “I’m a longtime Republican and a longtime CEO. And let me tell you, Donald Trump has no clue how to run a business, let alone an economy.

Sharing the full story, not just the headlines

“Joe Biden, on the other hand, has a plan that will strengthen our economy for working people and small-business owners. For me, the choice is simple. I’m with Joe.”

The current CEO of short-form streaming platform Quibi was one of four Republicans who spoke at the convention on Monday in support of Mr Biden and against president Donald Trump, according to the Los Angeles Times.

Mr Kasich, who unsuccessfully ran in the Republican presidential primary in 2016, told those watching the convention livestream: “I’m a lifelong Republican, but that attachment holds second place to my responsibility to my country. We’re being taken down the wrong road by a president who has pitted one against the other.”

The 68-year-old added: “Joe Biden is a man for our times, times that call for all of us to take off our partisan hats.”

Ms Whitman, who was the Republican candidate for the governor of California in 2010 and served as a senior member of Mitt Romney’s presidential campaigns in 2008 and 2012, has now backed the Democratic candidate in the last two presidential elections against Mr Trump.

The businesswoman backed Democrat Hillary Clinton in the 2016 presidential election and claimed at the time that “Donald Trump’s demagoguery has undermined the fabric of our national character.”

Ms Whitman’s appearance at the convention surprised Sterling Clifford, who served as the spokesperson for Democrat Jerry Brown’s successful 2010 race against the businesswoman in California.

Mr Clifford told the Times: “I would not in a million years have imagined seeing Meg Whitman at a Democratic convention, but I also never imagined I’d be buying extra stamps to try and save the postal service in the midst of a global pandemic.

“The world is full of surprises, I guess.”