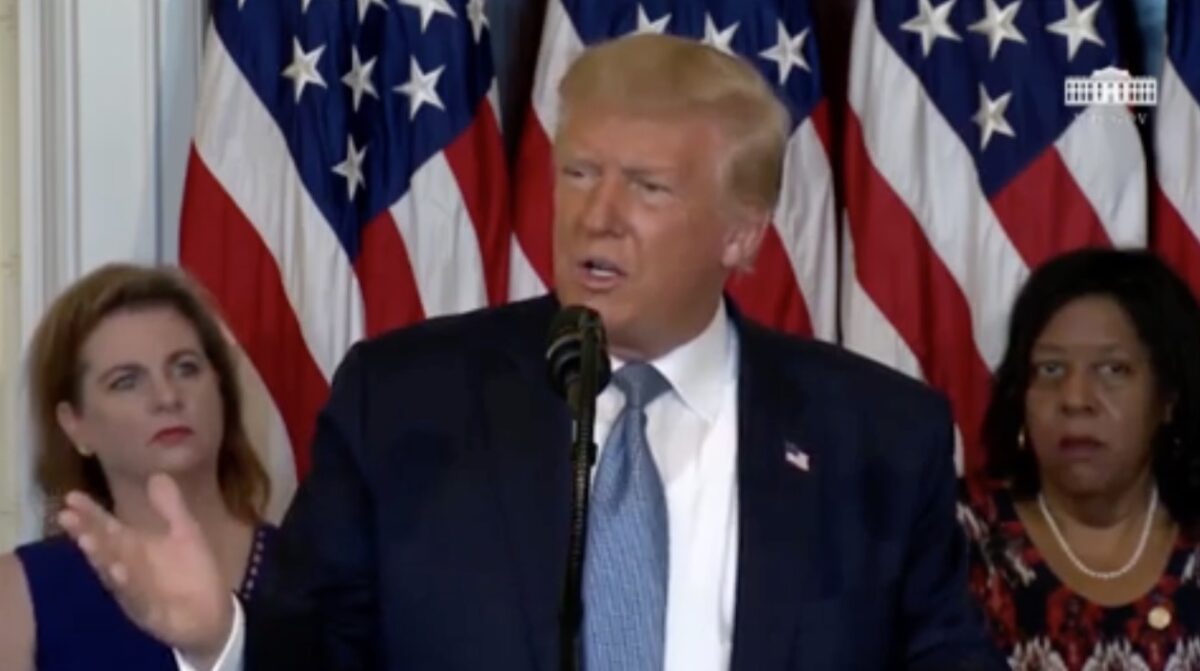 President Donald Trump veered toward racially-charged insinuations on Tuesday as he claimed Joe Biden would cause suburban America to deteriorate if the ex-veep defeats him in the 2020 election.

During a White House event, Trump was asked to explain his recent appeal to the “suburban housewives of America,” which critics have derided as “racist” fear mongering. The president answered that suburban residents “don’t want to have their American dream fulfilled and then have a low-income housing project built right next to their house or in their neighborhood.”

“They don’t want it. That’s not part of the deal, and I terminated that,” Trump said. The president was likely referring to his recent dismantling of the Affirmatively Furthering Fair Housing Rule, which he touted at the time by saying “all of the people living their Suburban Lifestyle Dream…will no longer be bothered or financially hurt by having low income housing built in your neighborhood.”

Trump continued on Tuesday by warning of “people coming in and forcing low-income housing down their throats.” As Trump went back to attacking Biden, he also invoked Senator Cory Booker (D-NJ) and said “if Cory Booker’s involved, nothing good is gonna happen.”

Have a tip we should know? [email protected]