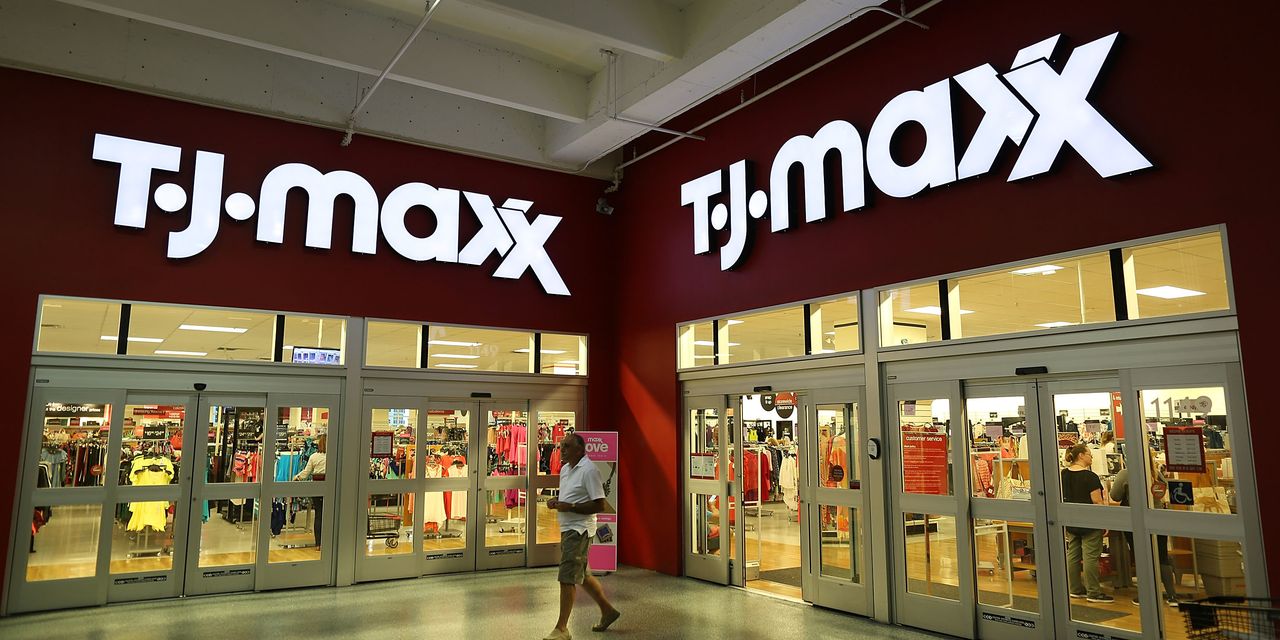 
TJX
Cos. stock fell after its second-quarter earnings report on Wednesday, and is slumping again on Thursday. That makes a great buying opportunity, analysts argue.

Guggenheim’s Robert Drbul reiterated a Buy rating and $65 price target on TJX (ticker: TJX) on Thursday, writing that investors should use “share price weakness as an incremental buying opportunity.”

The company’s bottom-line results were hurt by temporary issues, he notes. Although the pandemic has caused traffic to decline at nonessential retailers like TJX’s TJ Maxx and Marshalls locations, there’s still reason to believe in the long-term bull case, he says: “We continue to believe off-price, and TJX in particular, will emerge from the Covid-19 disruption in a stronger competitive position.”

Lower inventory was a major issue weighing on profits in the quarter. That was largely due to TJX taking items out of stores (to allow more space for social distancing), stronger-than-expected demand when stores initially reopened in the spring, and some supply chain issues. Obviously these headwinds are short-term in nature, Drbul argues. Given that TJX ended the quarter with $6.6 billion in cash, he thinks it’s in a strong position to ride out the crisis.

Jefferies’ Janine Stichter reiterated a Buy rating, although she lowered her price target for the stock by $3 to $67. She liked that gross margins were robust in the quarter, and notes the decline of department stores and other retail rivals should leave plenty of inventory available for TJX going forward.

In addition, the company’s HomeGoods locations were “on fire” in the period. Same-store sales surged 20%, helped by consumers’ willingness to spend money on their homes as they spend more time there. She notes that while the pandemic may have hurt TJX near term—given store closures and lower traffic—ultimately it “should benefit from secular migration towards the off-price sector, which should be accelerated by the post-Covid-19 economic downturn.”

Telsey Advisory Group’s Dana Telsey, who raised her price target on the shares to $68 earlier this week, also believes that, in the long run, TJX’s “diversified business model and fortress balance sheet should allow it to gain market share from weaker competitors.”

She warns, however, that it could take a few quarters for its business to normalize. But in that time, the company has been making smart moves, including snapping up high-quality inventory, which should drive loyalty in the future, especially as “customers continue to seek out the treasure hunt experience that TJX has perfected.”