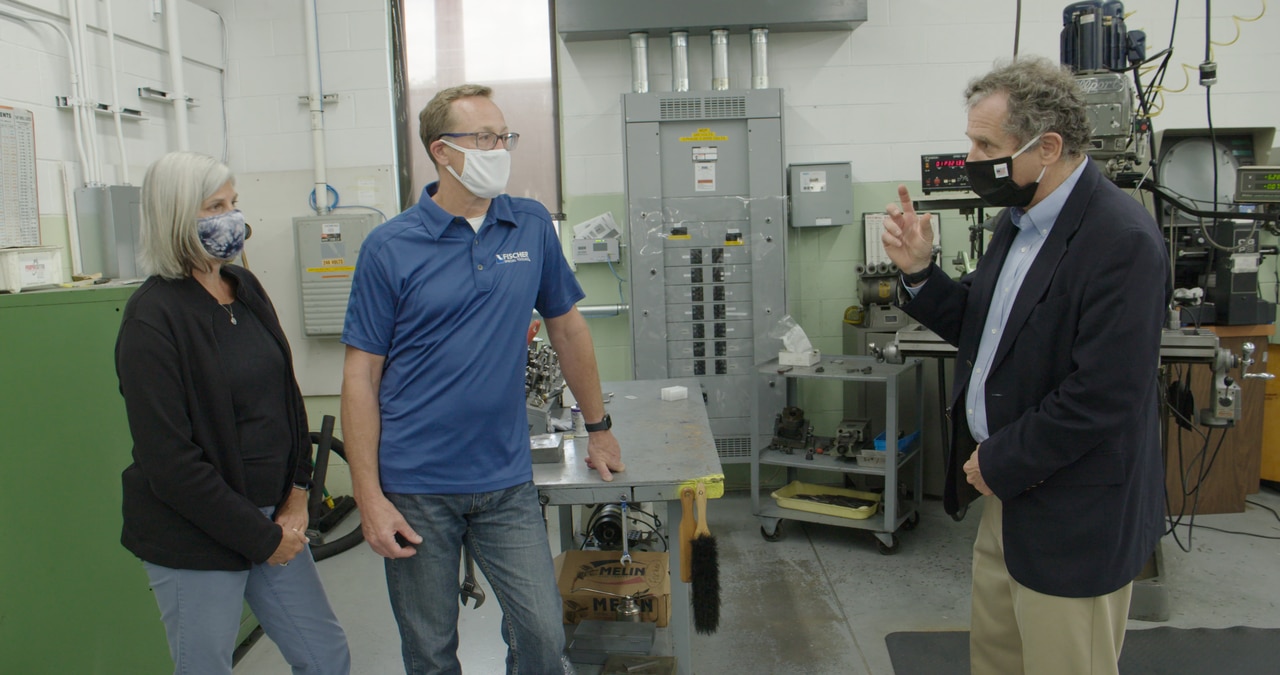 Brown, who flirted with running for the presidency himself, appeared during the section focusing on the economy, leading into speeches by Sen. Elizabeth Warren of Massachusetts and former President Barack Obama.

The three Ohio small-business owners told Brown they were struggling under Trump’s economic policies while large corporations were thriving.

The Johnsons said their business was facing closure as the coronavirus pandemic has stopped demand for their products.

“If we don’t get additional orders in, we have to shut down,” Kevin Johnson said.

“You’re kind of forgotten right?” Brown asked. “The president always bragging about the stock market seems to leave a lot of people behind.”

Green opened her boutique just before the coronavirus pandemic hit and said she was unable to get assistance from her bank after stimulus and loan funds ran out.

“Being an African American business owner under President Trump, I feel – How can I say? – I’m alone. I’m alone,” Green said.

Trump called for a boycott of Goodyear after reports surfaced that the company does not allow clothing with messages such as “MAGA” or “Blue Lives Matter” while allowing apparel with “Black Lives Matter” or pro-LGBTQ messages.

Goodyear released a statement saying it differentiates between employees advocating for racial justice and equity, and backing political campaigns, candidates or parties.

Goodyear was not mentioned during the Democratic National Convention. Most of the content for the all-digital format was pre-recorded, limiting opportunities for the Democrats to discuss the matter.

Biden released a statement Wednesday afternoon before Day 3 of the convention started, lambasting Trump for attacking the company.

“To President Trump, those workers and their jobs aren’t a source of pride, just collateral damage in yet another one of his political attacks,” Biden said. “President Trump doesn’t have a clue about the dignity and worth that comes with good-paying union jobs at places like Goodyear — jobs that can support a family and sustain a community.”

Brown is the third Ohio politician to be featured at this week’s DNC. Republican former Gov. John Kasich spoke on Monday and Portage County Commissioner Kathleen Clyde joined 16 other young Democrats on Tuesday.