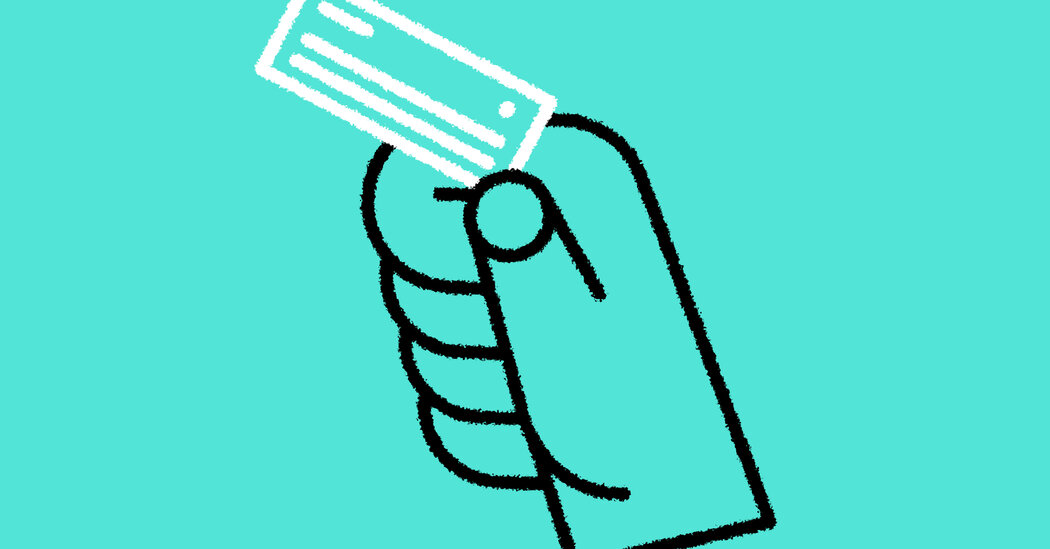 The Week in Business: Unemployment Checks Get Chopped

Happy mid-August. Hopefully, you’re reading this someplace nice and cool and vacation-like, even if taking “out-of-office” time doesn’t feel quite the same this year. Here’s what you need to know for the week ahead in business and tech news. — Charlotte Cowles

President Trump signed an executive measure last weekend to extend federal aid payments of $400 a week to unemployed workers. But that figure was contingent on state governments chipping in 25 percent, which many can’t afford. Now, millions of jobless Americans may only get $300 a week in additional benefits — a far cry from the $600 provided by the original coronavirus relief bill that ran out at the end of July. Even more troubling for those hit hardest: Congress and the Trump administration aren’t any closer to a comprehensive aid package that many schools and businesses are counting on for the funding they need to reopen safely.

The Eviction Ban Is Over

Mr. Trump also said that his directive would protect tenants and homeowners from eviction if they’re struggling with bills, which many Americans assumed was an extension of the eviction moratorium that expired at the end of last month. But it wasn’t — the president merely directed government agencies to “promote the ability of renters and homeowners to avoid eviction or foreclosure.” More bad news for homeowners: Those hoping to save money by refinancing their mortgages now that interest rates are at record lows may find that the process is out of their price range. Two of the nation’s biggest mortgage finance firms, Fannie Mae and Freddie Mac, said that they would start charging additional fees on most home loan refinancings.

There has never been a more captive audience for movies and TV than during these past few months. But the coronavirus has forced Hollywood to stay closed, too. Now, the world is hungry for new things to watch, but movie studios are still struggling to resume filming on large-scale sets that can adhere to health precautions. Instead, many production companies have focused on projects that can be made in countries with lower infection rates, such as the “Avatar” sequels, which are being filmed in New Zealand.

Joe Biden and his newly announced vice-presidential pick, Kamala Harris, will accept their official nominations — remotely, via video — at the Democratic National Convention this week. How do the finance and tech industries feel about the ticket? Wall Street was generally welcoming to Senator Harris, as she’s on the moderate end of Mr. Biden’s group of potential running mates, although she has said that she would raise taxes on financial transactions to pay for expanded health care coverage. And Silicon Valley likes her — she’s from the Bay Area, so she’s a known entity in tech circles and hasn’t been bullish on breaking up big tech in the past.

You may soon have a chance to invest in Airbnb, which is reportedly planning to file for an initial public offering this month and could make its stock market debut by the end of the year. Obviously, the timing isn’t ideal, considering the sad state of the travel industry in the pandemic — like many other businesses, Airbnb laid off a big chunk of its staff (25 percent) in May. But the 12-year-old company is faring better than most hotels because its properties tend to be more isolated and thus better suited to socially distanced vacations. (Perhaps you, too, have noticed that everyone on Instagram has rented a picturesque house for the month of August.) What’s more, Airbnb desperately needs the money that a public offering could bring in.

A judge in California ruled that Uber and Lyft must treat their drivers as employees instead of independent contractors, part of a new state law that took effect in January. But both ride-hailing giants are fighting the order, as it would compel them to give their workers benefits like overtime and sick leave, driving up their operating costs. Now, the companies say that they will suspend service in California if the ruling isn’t overturned. And Uber’s chief executive, Dara Khosrowshahi, said the government needs to find a “third way” to treat gig workers instead of the binary divide between independent contractor and employee.

2020-08-16
Previous Post: The Top Ten Companies In The US
Next Post: Rihanna’s New Cookbook Could Be The Start Of A New Business Empire