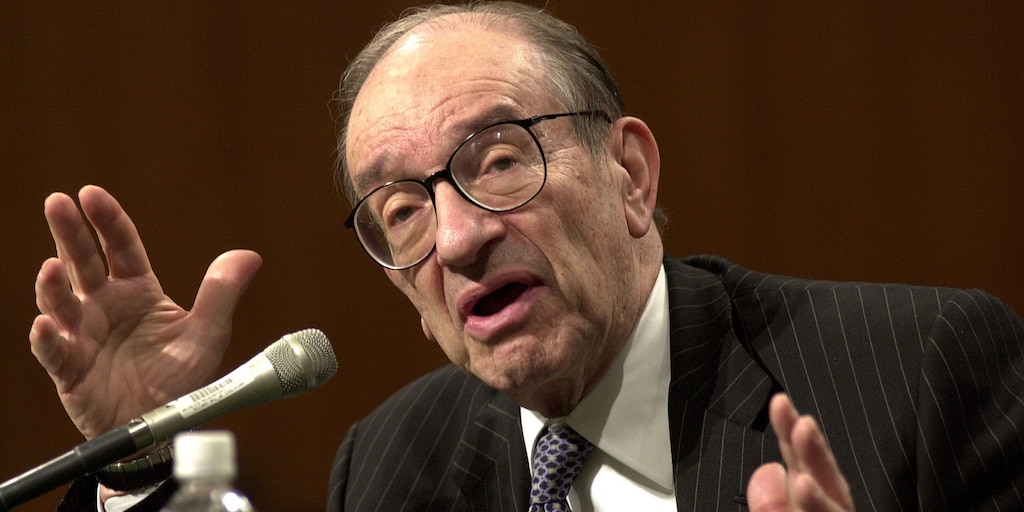 The catastrophic US coronavirus response is allowing China to stake its claim as the world’s dominant superpower, former Fed chair Greenspan says

The failure of the US to effectively limit the spread of the novel coronavirus has “worsened” its road to economic recovery and opened the door to China becoming the world’s dominant superpower, former Federal Reserve Chairman Alan Greenspan has said.

The economic landscape for the coming generation will be defined on the basis of the relationship between the US and China, he said in a blog post published Monday for Advisors Capital Management, saying the Trump administration’s shoddy response had opened the door to Chinese dominance.

“The COVID-19 crisis has presented a real threat to the United States’ position of global dominance,” said Greenspan, a senior economic adviser to the financial-portfolio manager.

Greenspan said the US economy had “lost its way” at a time when China was enjoying relative success and embracing its ambition to become the dominant world superpower by 2049.

“China is endeavoring to wrench global hegemony from the United States,” he wrote of the Asian power, which was the first to see a rebound during the coronavirus pandemic.

“The resurgence of the virus in the US threatens to forestall our economic recovery,” he said. “And as political tensions heat up between the world’s two largest economies, the balance of power that will result is still unclear, but becoming of increasingly greater concern by the day.”

While Greenspan said the US’s dominance would dwindle this century as China contributed to a growing share of the world’s gross domestic product, he said there were some reasons it could not be entirely replaced.

“America leads in all the industries that are inventing the future, such as artificial intelligence, robotics, driverless cars, and, indeed, finance,” he said. “And for all its problems with populism, America has something precious that China lacks: a stable political regime.”

He said problems of poor policy were fixable and could be restored through political will.

President Donald Trump has kept his consistently tough stance on China at the front of his bid to win November’s presidential election.

The Trump administration has pivoted the US’s policy toward China from strategic ambiguity to open rivalry.

Recently, Trump signed an executive order threatening to ban the popular viral-video app TikTok in the US if the Chinese company ByteDance did not sell the app’s US operations to an American company.

The US also recently shut down the Chinese Consulate in Houston and separately placed sanctions on Chinese officials accused of human-rights violations in Hong Kong and China’s Xinjiang region.

Read more: Charles Schwab’s stock-picking chief told us why a COVID-19 vaccine would trigger a mass exit from tech stocks — and pinpoints 3 companies that would benefit instead