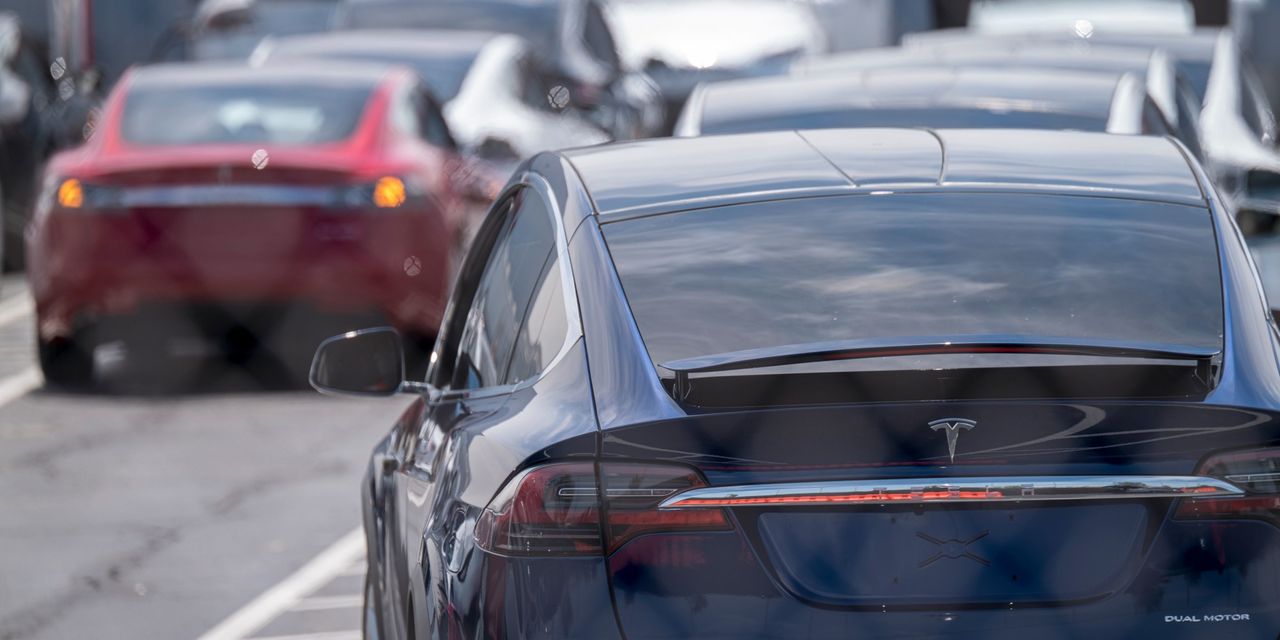 Tesla Stock Had a Record Day on Monday. Tuesday Could Be Another.


Tesla
investors hit the trifecta on Monday: The stock hit an all-time high, meaning it also hit a 52-week high, and it closed at a record high. The action adds to the incredible year the electric-vehicle pioneer is having.

Based on Monday’s closing price, Tesla stock is now valued at $342 billion. The entire company, including debt, is worth $350 billion, but that’s only part of the valuation story. On a fully diluted basis—including in-the-money management stock options—Tesla now has a market value of $388 billion.

The $388 billion figure is enough to make Tesla a top-10 company in the S&P, trailing just behind
Johnson & Johnson
(JNJ) and ahead of firms such as
Visa
(V) and
Walmart
(WMT).

The stock hasn’t stopped there. Tesla shares are up another 4% in premarket trading Tuesday—eclipsing the $1,900 level.

Figuring out why Tesla is rallying has become a cottage industry on Wall Street. For starters, Wedbush analyst Dan Ives took his price target up from $1,800 to $1,900 on Monday. That was one bit of bullish news that started the rally.

Then there is the stock split overhang. As of Friday’s close Tesla stock had rallied 20% after the company announced a stock split on Aug. 11. The impact of splits on stock prices is debated—but few debate it has had an impact on Tesla shares recently.

Then there are the power outages in California. Tesla also sells solar panels and back-up residential power. It is a stretch, but when it comes to Tesla stock, why not?

Looking ahead, bullish investors are waiting for the stock to be added to the
S&P 500.
That is a more technical factor. Fundamentally, Tesla will play host to a battery technology day in September., where it might announce a “million mile battery.” That’s a battery that can keep charging for 1 million miles and would last for 2 or 3 car bodies. Reusable battery packs would represent another cost reduction for EV manufacturers.

Tesla shares are up 338% year to date and 735% over the past year, crushing comparable returns of the S&P and the
Dow Jones Industrial Average,
as well as automotive peers.

Including Tuesday’s premarket gains, Tesla shares are up more than 350% year to date. The stock is in the midst of an incredible run.

This is the year of EV makers. EV stocksBarron’s tracks, including Tesla, are up more than 260% year to date on average.