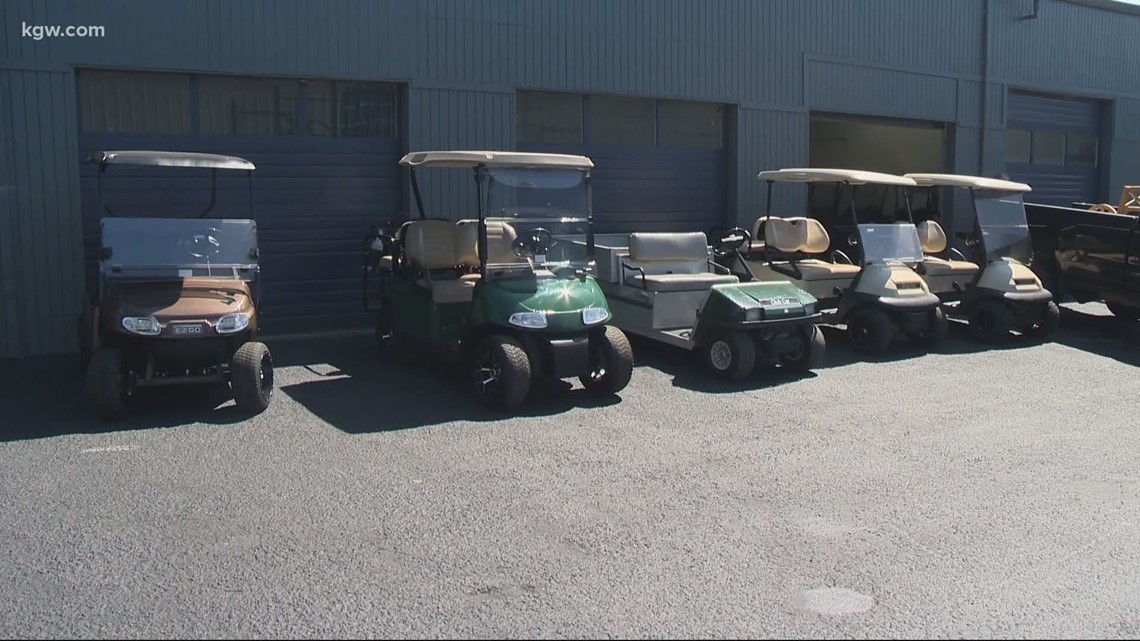 Teen’s golf cart business is rolling along during the pandemic

18-year-old Dakota Guild just graduated from high school. His drive is not limited to the classroom or the golf course.

GRESHAM, Ore. — About ten years ago, Dakota Guild got hooked on an idea. The result has expanded to a shop on Southeast Division Street in Gresham.

“We’re open by appointment only, but we’re putting the finishing touches on,” said Guild, the owner of Guild Golf Carts – and only 18 years old. So if you do the math, he started out on this venture when he was only eight.

“We started very small – we had one golf cart to drive around our property, take down the garbage,” he said.

Guild says the driveway at their house is about 1,000 feet long. The cart made it easier to do things like check the mail. The family bought it in Hillsboro for about $500.

“Pretty cool” turned quickly turned into a full-time thing, but it wasn’t a free ride for Dakota. His dad gave him a loan to get off the ground, and even rented garage space to him at their home in Damascus. Guild says he had to relocate to meet the needs of his expanding business.

He runs the shop with his sister Demi, who is also his business partner. They buy retired stock carts from golf courses and give them new life by turning them into custom creations.

“We’ll put a rear seat that will flip down and you can haul cargo there,” said Guild. “Last year we sold 300 golf carts – 320 to be exact. It was a great year; we started customizing carts a lot more.”

Guild hopes to sell 350 carts this year, and he’s swinging for 400 more in 2021. The Portland Christian grad is thankful that business is good, and he hopes to keep the wheels turning as long as possible.

“Yeah, I’m going to ride it out, the wave’s really tall right now,” he said. Been really busy.”

Guild Golf Carts’ grand opening is this Saturday from 2-5 p.m. near the intersection of 18130 SE Division Street in Gresham.

2020-08-26
Previous Post: Smart Money Recently Increased Its Stake in This Bank Stock
Next Post: The top 16 people in Congress Biden will rely on to enact an ambitious Democratic agenda