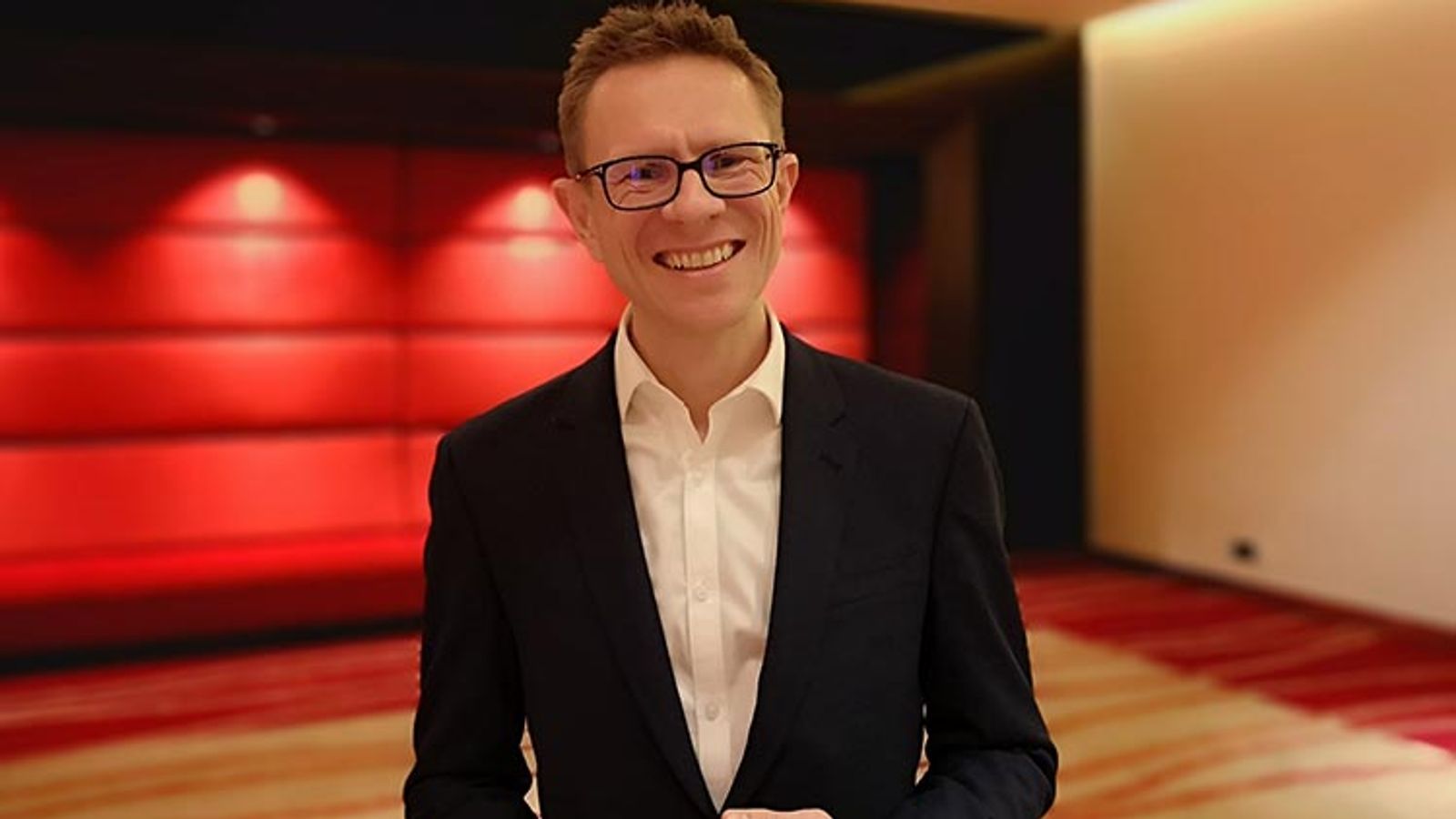 A technology entrepreneur who holds a string of government roles will be unveiled this week as the next boss of Be the Business, the charity set up to address the perennial challenge of Britain’s weak productivity.

Sky News understands that Anthony Impey will be announced on Tuesday as the organisation’s new chief executive.

Mr Impey, who orchestrated the sale of a majority stake in Optimity, a broadband and cloud services provider, is to replace Tony Danker, who is about to take over as the new director-general of the CBI.

His arrival at Be the Business will come amid a turbulent period for the UK and global economies, which have been buffeted by the coronavirus pandemic and forced some industries into a virtual standstill.

Although official data from the Office for National Statistics outlining the UK’s productivity record during the COVID-19 crisis will not be released for some time, Be the Business recently published research suggesting small and mid-sized companies (SMEs) undertook the same degree of innovation in the three months of lockdown that they typically would have done in three years.

The research showed that half a million businesses – more than 35% of the total – had changed or are changing their operating model during the pandemic.

More than one-quarter of companies have asked staff to work in new ways or roles aimed at developing new revenue streams, the charity added.

Be the Business said that while firms had adopted productivity-boosting technology as a result of COVID-19, they did not necessarily have the capital to continue doing so.

An insider said there was now “a once-in-a-generation opportunity to revitalise SME productivity as tech, along with improved management skills, are proven drivers of productivity”.

Mr Impey’s appointment underlines the importance that Be the Business’s board and stakeholders attach to the adoption of new technology to drive productivity improvements.

Britain has suffered by comparison with the productivity record of many other major European economies, prompting economists, business leaders and policy-makers to grapple with the underlying reasons..

Mr Impey, who remains on the board of Optimity, also chairs the Department for Education’s Apprenticeship Stakeholder Board and the Greater London Authority’s Apprenticeship Advisory Board.

He will also continue as chair of the City & Guilds Industry Skills Board.

Sir Charlie Mayfield, the former John Lewis Partnership chair who also chairs Be the Business, said Mr Impey’s recruitment reflected the charity’s desire to use the current crisis as a catalyst for increasing technology adoption across British business.

“Adoption of technology improves the growth and productivity of businesses in Britain.

“In conducting our search to replace Tony, we wanted someone who believes in and has experienced this for themselves,” Sir Charlie said.

Mr Impey said there were “still too many tales of companies embracing technology only to struggle to successfully adopt it”.

“That hurts twice over, causing a short-term distraction and a longer-term distrust of the role technology can play.

“Not every company across Britain needs to be an AI [artificial intelligence] powerhouse, but they do all need to adopt tech that can increase productivity and encourage growth.

“This is now essential as businesses across the country are having to deal with the immense uncertainty and massive change caused by the pandemic.”

Launched in 2017 with funding from government and the private sector, Be the Business counts leading business figures such as Sir Roger Carr, chairman of the defence contractor BAE Systems, Doug Gurr, the departing UK country manager at Amazon), and Dame Fiona Kendrick, Nestle UK’s former chairman and CEO, among its board members and advisors.