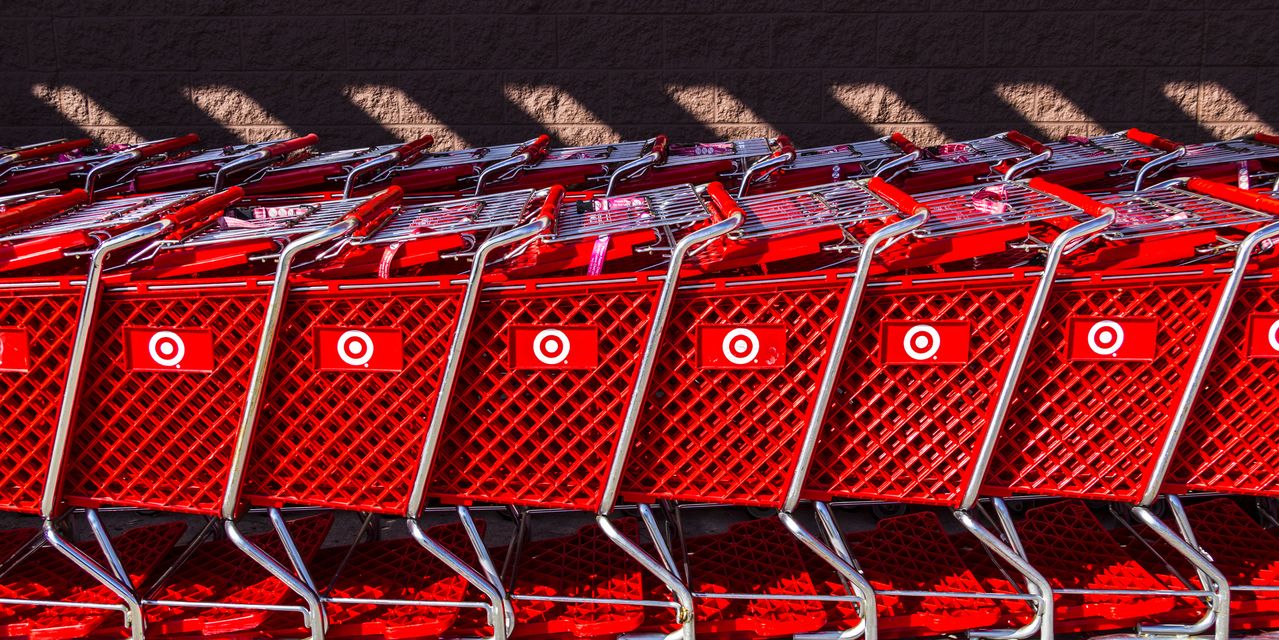 Target and Walmart Both Report Earnings This Coming Week. Only One Is Likely to Bust Out.

Target (ticker: TGT) and
Walmart
(WMT)—in one of the quirks of the earnings season that sees retailers release their results at the very end of the reporting schedule—both report this coming week, Walmart on Tuesday, Target on Wednesday.

It’s not quite Mad Max Beyond Thunderdome, but the two competitors are watched for signs of how well old-retail can compete against the likes of
Amazon.com
(AMZN) in the age of Covid-19—and against each other.

Both retailers were early beneficiaries of the shutdown because they didn’t have to, well, shut down. Their recent investments in online efforts were also viewed as advantages because they allowed the companies to ship direct, or let customers come in for curbside pickup.

Nevertheless, the past three months have been mediocre. Target stock has gained just 13% during the period, while Walmart stock is up just 7.3%. Those gains lag the
SPDR S&P Retail
exchange-traded fund (XRT), which is up 42%, as well as the S&P 500, which has risen 18%. The ETF got a big boost from online retailers like Wayfair (W) and
Etsy
(ETSY)—up 81% and 58%, respectively, during the past three months—and from struggling retailers like
L Brands
(LB), up 153%, and discounter
Big Lots
(BIG), which rose 86%.

Big box, it seems, is out of style. And Target and Walmart can’t blame it on poor retail sales. July sales rose a solid 1.2% from a month ago, but, more surprisingly, are now 1.7% higher than they were in February. The numbers are particularly impressive considering that Covid hit parts of the Sunbelt especially hard last month and that fiscal support from Washington has slowly been running out, writes Jefferies economist Aneta Markowska.

“There was already tremendous momentum for consumption at the end of the second quarter, and July sales will reinforce that momentum,” she explains.

Walmart and Target now get to show that they have benefited from the strength—and we’re betting Target does a better job of it. It’s not that Walmart is doing anything wrong per se. Cowen analyst Oliver Chen, for instance, calls the stock one of his best long-term ideas. But Chen isn’t excited about its prospects heading into earnings.

For starters, Walmart isn’t cheap. Even after underperforming recently, its stock looks expensive at 25.1 times 12-month earnings forecasts, up from 22 times at the beginning of the year, and at 24 times Cowen’s estimate.

And while there’s no denying that e-commerce is growing rapidly, reports suggest that Walmart+, the retailer’s answer to Amazon Prime, has been delayed, leaving investors concerned about when they can count on revenue from the subscription service to start rolling in.

“Recent media articles indicating a delay and likely smaller roll out, along with likely vague management commentary could pressure shares which are trading near recent record highs,” Chen writes. “Shares of [Walmart] are currently priced for perfection as we see a challenging setup into earnings.”

Walmart is expected to report a profit of $1.24 a share, according to FactSet, down a touch from $1.27 during the same period a year ago.

Chen likes the setup for Target better. He argues that the chain will be able to top same-store-sales estimates as shoppers buy more clothes and continue to shop for food. He estimates that comps will come in at 5.5%, above Street estimates for 5.8%. Its shares also look cheaper than Walmart’s, based on his own estimate of 19.5 times forward earnings versus Target’s 24 times (Target trades at 22.1 times consensus estimates). “We view TGT’s valuation as more favorable,” he writes.

There’s also a lot that went wrong for Target last quarter that could go better this time around, says Raymond James analyst Matthew McClintock. For instance, Target’s gross margins dropped 4.5 percentage points during the first quarter, but he sees the possibility of margin improvement in the second if the company’s inventory write-down proved to be larger than it needed to be.

He also notes that the shift to lower-margin products like food will be smaller as customers stop stocking up quite as much and spend money on other goods. “Despite margin challenges in 1Q20, we believe that 2Q20 gross margin will show sequential improvement and that upside to Street expectations is possible,” McClintock writes.

McClintock expects Target to report a second-quarter profit of $1.98 a share when it reports on Wednesday, well above the Street consensus of $1.59.