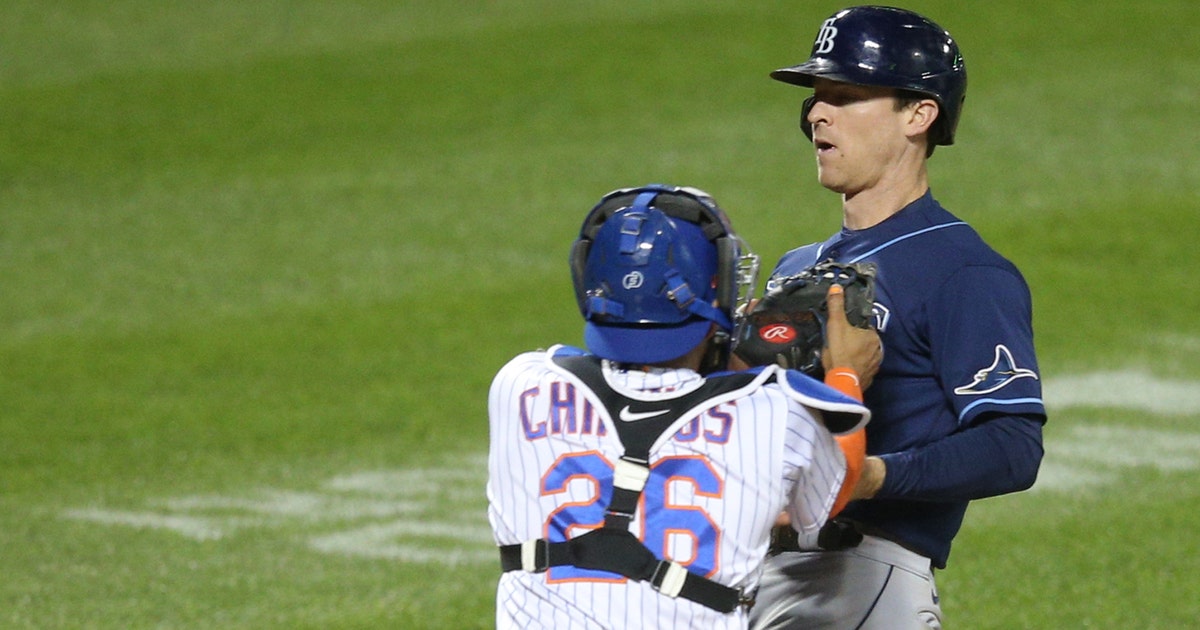 NEW YORK (AP) — The thrifty Tampa Bay Rays have spent a decade trying to take down the big spenders in their division.

They’ll have to wait at least one more night to put away the New York Yankees.

“It was a tough night. Obviously, we wanted to do it tonight,” Tampa Bay shortstop Willy Adames said. “We can do it tomorrow, it’s not a big deal.”

Robinson Canó, Alonso and newcomer Guillermo Heredia all homered for the Mets, desperately trying to stay in the National League playoff chase. New York (25-30) is 2 1/2 games out of the final spot with five games remaining and at least three teams to catch.

When Steve Cohen finally assumes control of the New York Mets, a familiar face could be joining him at Citi Field.

SNY reports “Sandy Anderson is likely to return to the Mets in some capacity as part of the ownership change … It likely will not be as general manager. Alderson’s new role is unclear and is possibly still being worked out. It is also unclear how it will affect current GM Brodie Van Wagenen.”

Alderson’s return would seem to be contingent upon MLB owners approving the sale of the Mets to Cohen. FOX Business Network’s Charles Gasparino reports commissioner Rob Manfred has begun probing the league’s owners about the NEW YORK (AP) — Former major league star Alex Rodriguez and fiancee Jennifer Lopez have backed out of the bidding to purchase the New York Mets amid reports that the Wilpon family is finalizing a deal with billionaire hedge fund manager Steve Cohen.

Rodriguez announced Friday night that despite “a fully funded offer at a record price,” their group was pulling its offer.

“The consortium said that they are disappointed to not be part of the revitalization of New York City and provide an exhilarating experience for the fans and wish the Wilpon family and the entire Mets organization well,” the celebrity couple said in a statement.

CNBC reported Friday night that Cohen had entered final negotiations and was expected to finalize a deal with the team in the coming days. The Mets declined to comment. 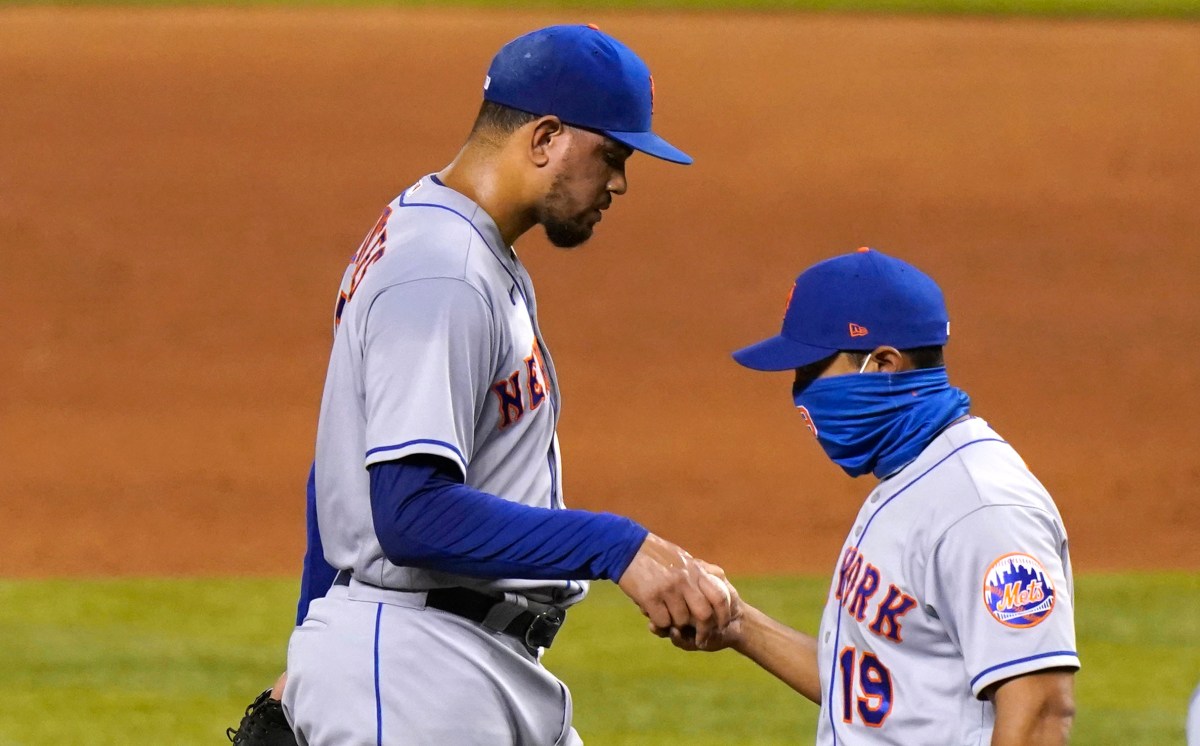 A good plan today is better than a perfect plan tomorrow.

Unless you’re the New York Mets, who could tie themselves into mental knots over the ordering, today, of a vanilla ice cream cone.

Wednesday night ended well for the Peter Griffin of the baseball world, as Michael Conforto’s two-run, ninth-inning homer cleaned up the mess left behind by some truly dumbfounding decision-making and gave the Mets their third straight win, 5-3 over the Marlins at Marlins Park. Yet even though they reached their destination, the Mets’ journey there only called further into question whether they’re capable of finding the finish line of the playoffs and beyond.

When Jacob deGrom deGrominates, as the reigning two-time National League Cy Young Award winner did for six innings Wednesday, departing with a 2-0 lead and not showing residue of the neck injury that scratched from his previous start, you must win that game