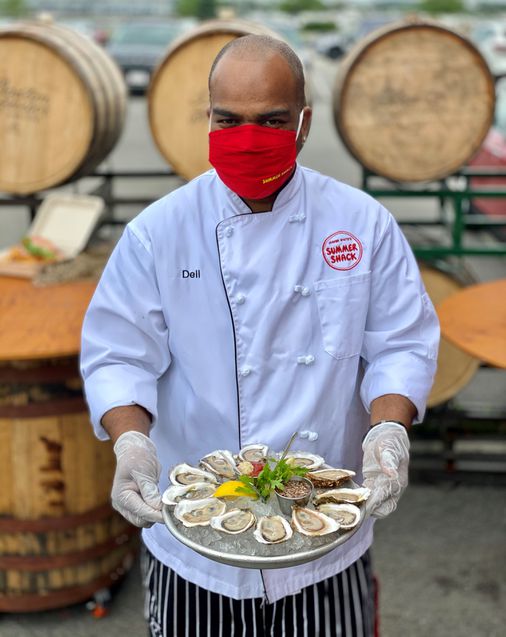 There’s so many hard things that it’s really hard to point out. When COVID-19 hit and we had to shut down the restaurants, it was actually my birthday, March 16. It’s a dark joke, but I used to say my birthday gift was having to lay off employees. I turned 40 on that day. It was just one of the worst birthdays I ever had.

Since then, it’s been a roller coaster. We decided to start doing takeout in Cambridge, because it’s more of a neighborhood restaurant. And we literally had no budget, and we didn’t know what to expect. So it was just me as a cook on the line. We’ve been there for 20 years. We didn’t know what to expect, but we actually did very well in takeout. And we managed to bring back around five employees and then the next week a couple more. . .