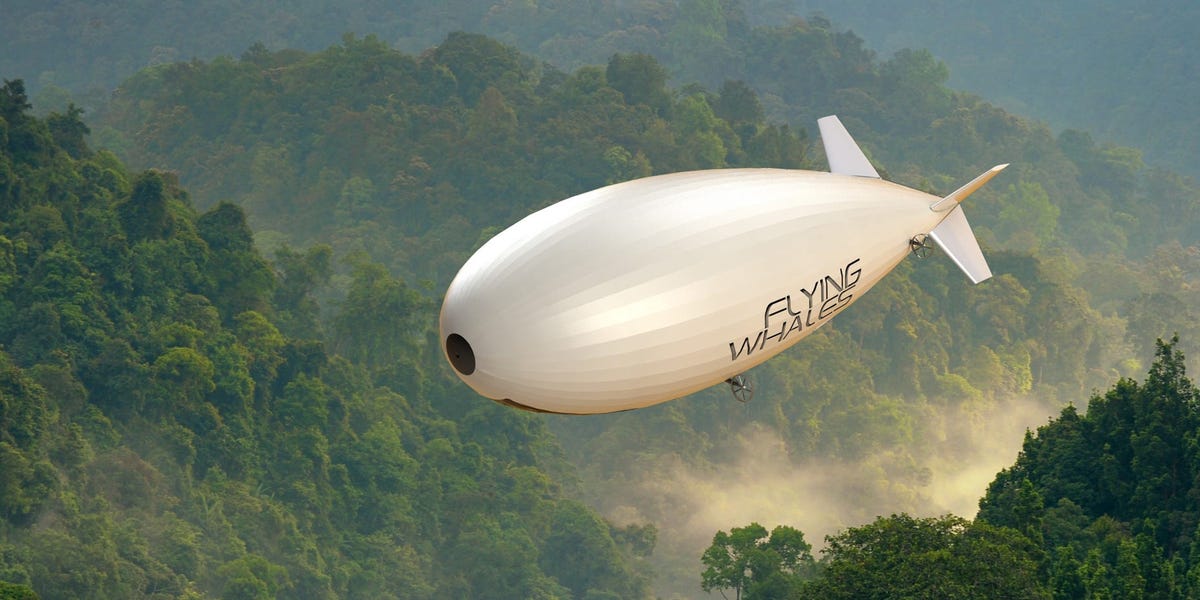 Flying Whales is producing a blimp-like aircraft that can transport and drop off cargo mid-flight.

Several components of the cargo transport airship are made to be environmentally friendly, such as its floating capabilities powered by helium, hybrid-electric propulsion system, and lack of need for extra infrastructure during take-offs and landings.

But don’t get confused by its oblong shape and helium-powered floating capabilities: the LCA60T  is rigid and can’t be “deflated”, setting it apart from the traditional blimp despite its exterior appearance.

The aircraft was originally designed to transport