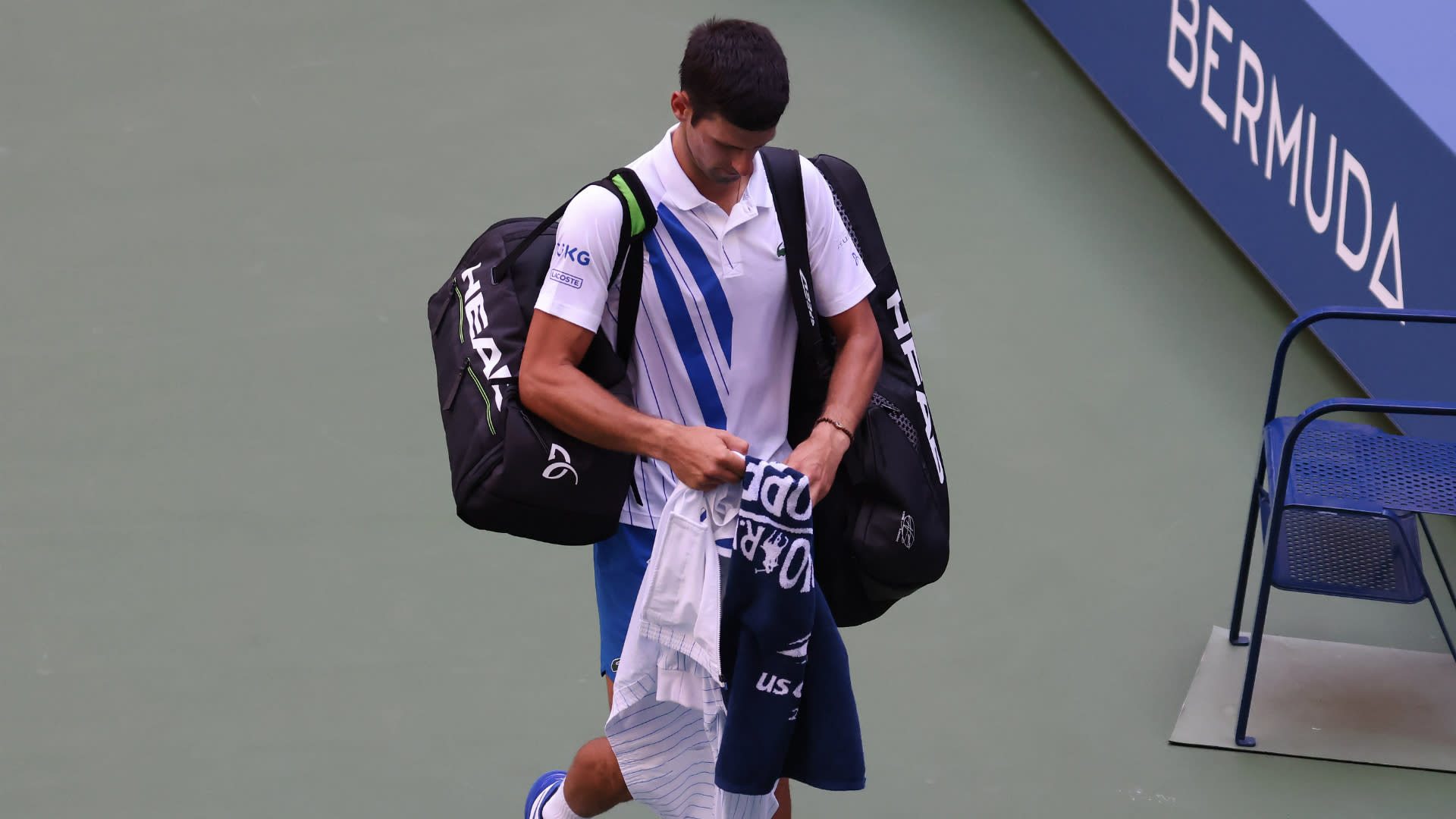 Novak Djokovic will lose all the ranking points and prize money he earned at the US Open after the world number one was defaulted for hitting a linesperson with a ball during his fourth-round clash against Pablo Carreno Busta.

Djokovic was sensationally disqualified on Sunday when hitting a ball to the back of the court and striking a line judge in New York, where the top seed had just dropped serve to fall 6-5 behind in the opening set.

The 17-time grand slam champion, who was the favourite to add to his list of major honours at Flushing Meadows, immediately apologised but he was sent packing following much deliberation on court.

Djokovic’s actions were described by the United States Tennis Association (USTA) as “intentionally hitting a ball dangerously or recklessly within the court or hitting a ball with negligent disregard of the consequence”.

In a statement, the USTA said: “In