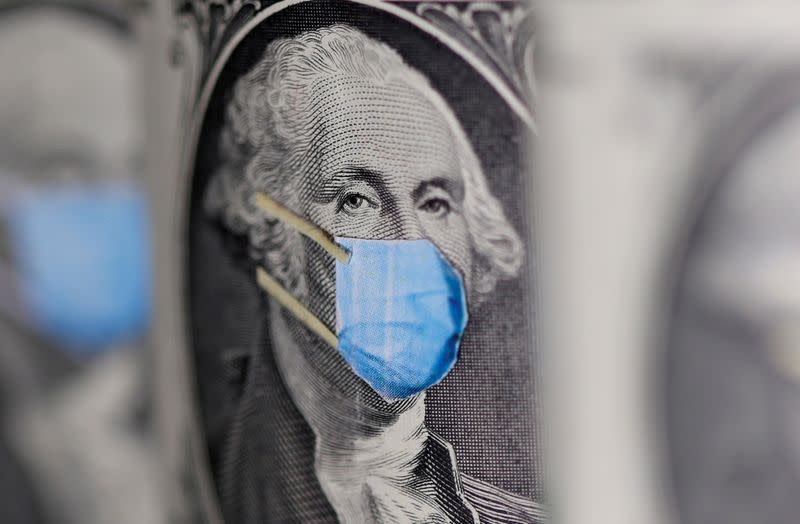 NEW YORK (Reuters) – The dollar dipped on Wednesday as risk appetite improved on hopes of at least some new fiscal stimulus before the November 3 U.S. Presidential election, and as investors priced for the prospect of a Democrat victory next month.

Trump had earlier on Tuesday abruptly ended talks with Democrats on an economic aid package, which sent stock markets tumbling and boosted demand for the dollar.

“Those comments about having some options regarding putting some of the stimulus plans back in action certainly has buoyed the market and injected more optimism, and you can see that’s why the dollar’s weaker today, it’s really a ‘risk on’ mentality,” said Minh 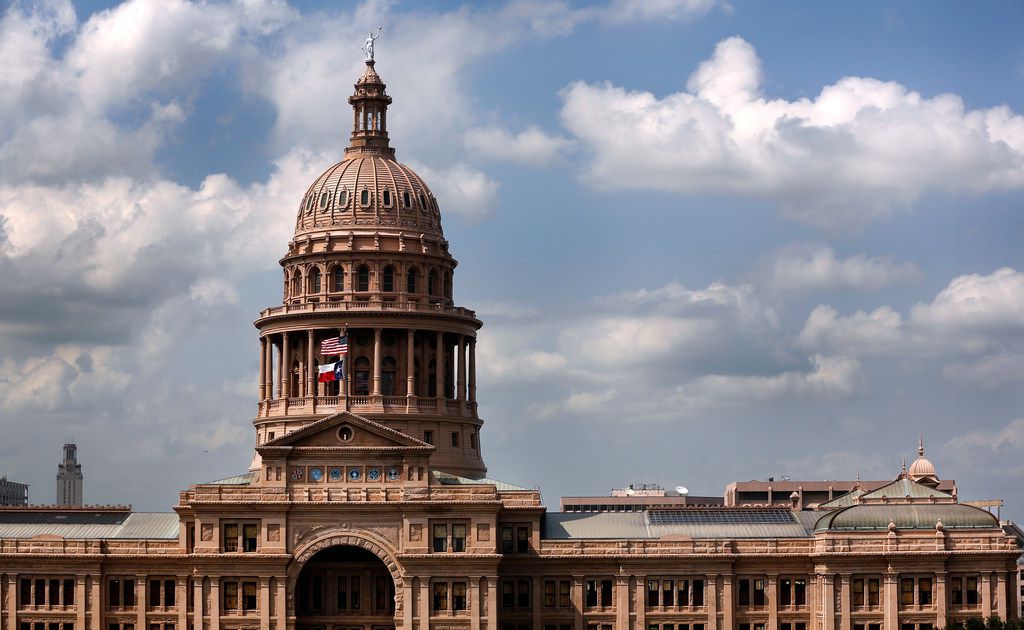 Retail trade was a rare bright spot, he said.

The state’s oil and gas sector, though, continued to get hammered. So did all other major sectors except retail.

A pre-pandemic bolstering of sales-tax collections on e-commerce has helped offset what would otherwise be even bigger setbacks to the state’s revenue workhorse, Hegar said.

“The COVID-19 pandemic and low price of crude oil continue to weigh on the Texas economy and sales tax revenue,” he said in a written statement.

In five of six months since the pandemic struck, the state’s sales tax haul is down from 2019. A 4.3% increase in July, based on Gov. Greg Abbott’s full reopening of the economy in June, was the only exception. Otherwise the trend has been down: By 9.3% in April, 13.2% in 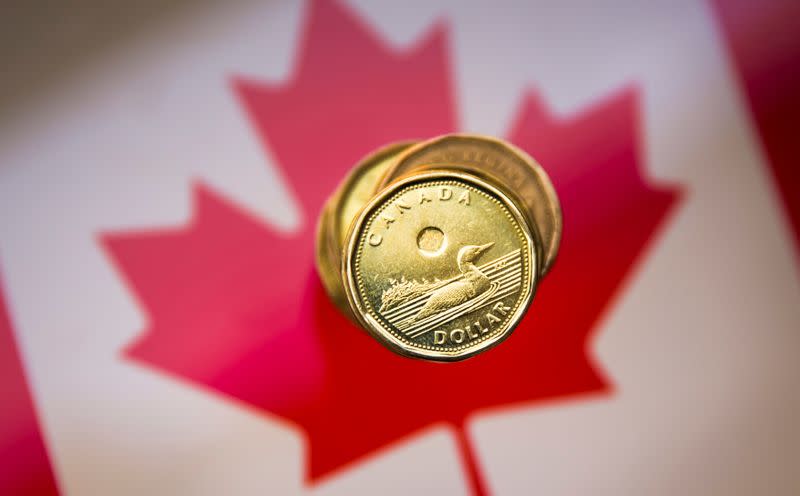 TORONTO (Reuters) – The Canadian dollar edged lower against its U.S. counterpart on Tuesday as oil prices fell and investors waited for the currency to extend this month’s decline before stepping in to buy it, with the loonie sticking to its recent trading range.

“Client feedback suggests that there should be some decent U.S. dollar selling activity if we go north of 1.35, which should cap it,” said Simon Côté, managing director, risk management solutions, National Bank Financial. “There will have to be some decent risk-off sentiment for the dollar to go higher than that.”

SYDNEY (Reuters) – Asian shares were on the defensive, while oil prices edged lower on Monday as investors were cautious ahead of a U.S. Presidential debate and as coronavirus cases spike again in a blow to global economic recovery hopes.

The index is set to end the month deep in the red after three straight monthly gains as the pandemic continues to wreak economic havoc around the world and raises investor anxiety about sky-high valuations.

Particularly worrying is a resurgence of COVID-19 cases in Europe, dousing earlier hopes that authorities might have started to exert some control on the outbreak and raising further strains on businesses already grappling with losses. 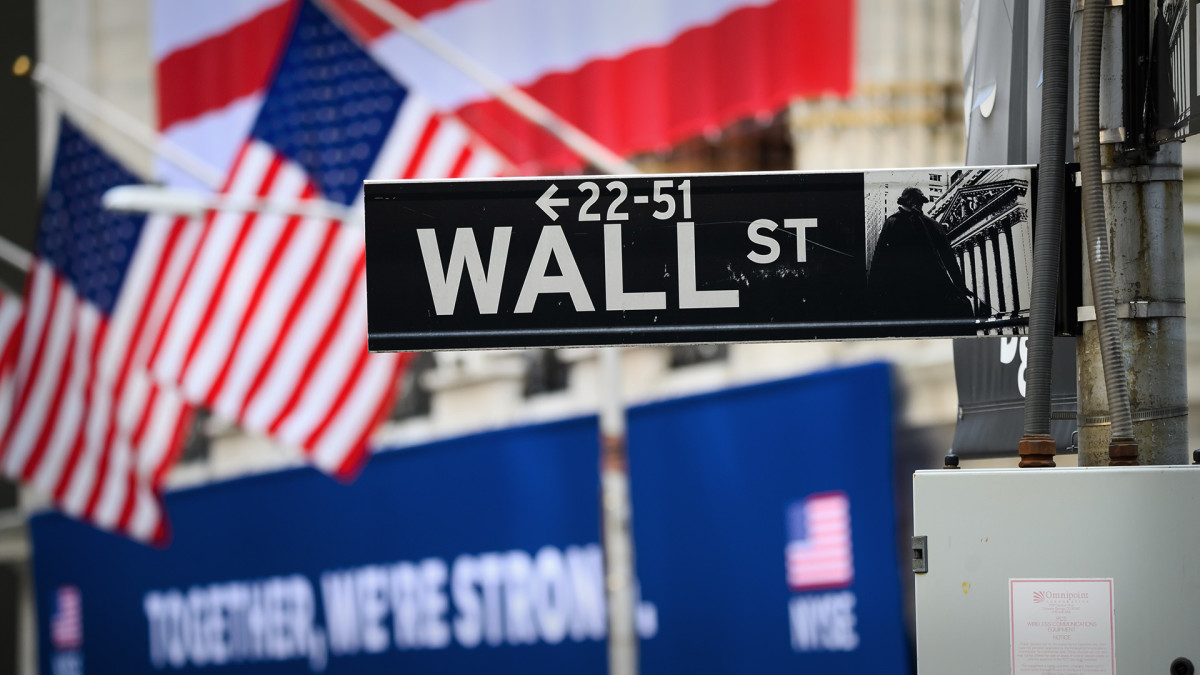 U.S. equity futures suggest Wall Street is on pace for its fourth consecutive gain Wednesday even as market express caution ahead of the Federal Reserve’s September policy meeting as well as a key reading of consumer strength before the start of trading.

The Finance Ministry has informed Parliament that the GST collection dipped up to 44 per cent in various States/Union Territories during April-August period.

In response to question on GST collection, Minister of State in Finance Ministry Anurag Singh Thakur said that GST collection for the Centre during April-July was ₹1.81 lakh crore which is 26.2 per cent of the target ₹6,90,500 crore. States/UT registered deep decline with Daman & Diu seeing highest drop of 44 per cent. 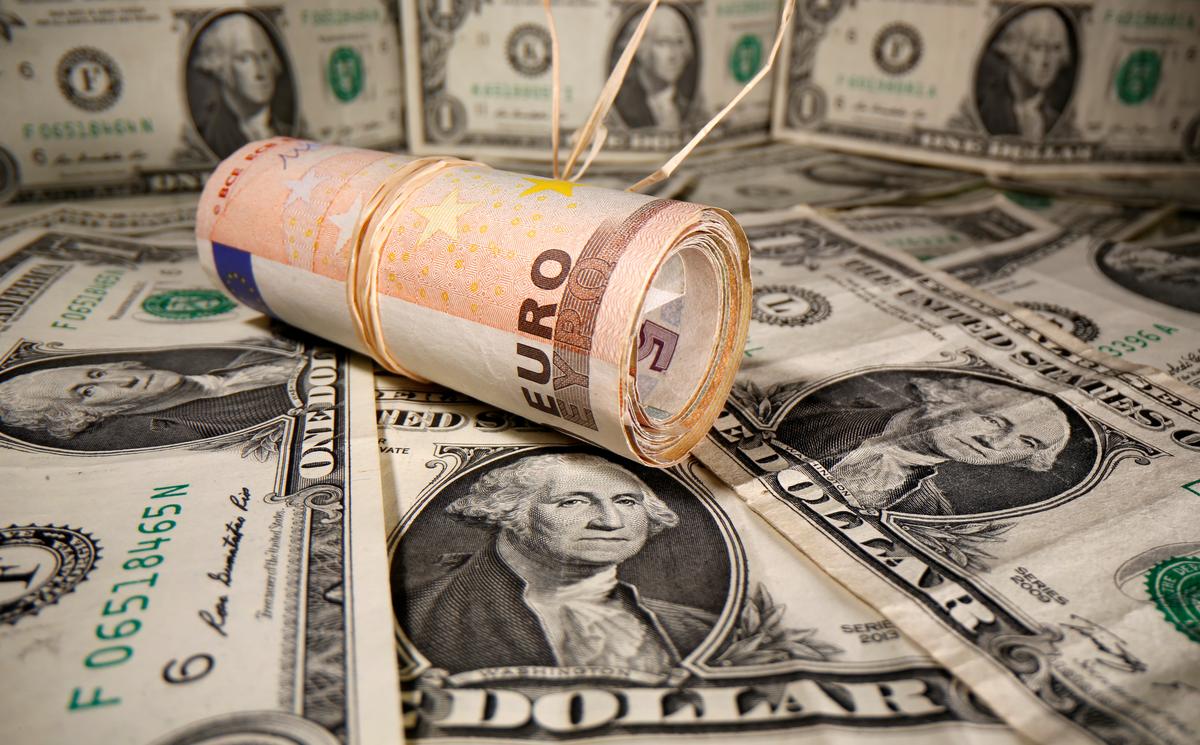 LONDON (Reuters) – The euro fell on Monday as traders that have pushed the single currency to multi-year highs took a breather and prepared for the European Central Bank meeting on Thursday to see if policymakers will introduce yet more stimulus.

The dollar has tumbled to more than two-year lows against the euro in recent weeks as investors bet U.S. interest rates would stay low for longer just as European policymakers agreed a significant recovery fund to boost the economy in Europe.

But the greenback has steadied in recent sessions, especially after the euro’s brief flirtation with the $1.20 level was followed by selling of the single currency.

In thin trading with U.S. financial markets closed for a public holiday, the euro dropped 0.1% to $1.1822 EUR=EBS while the dollar 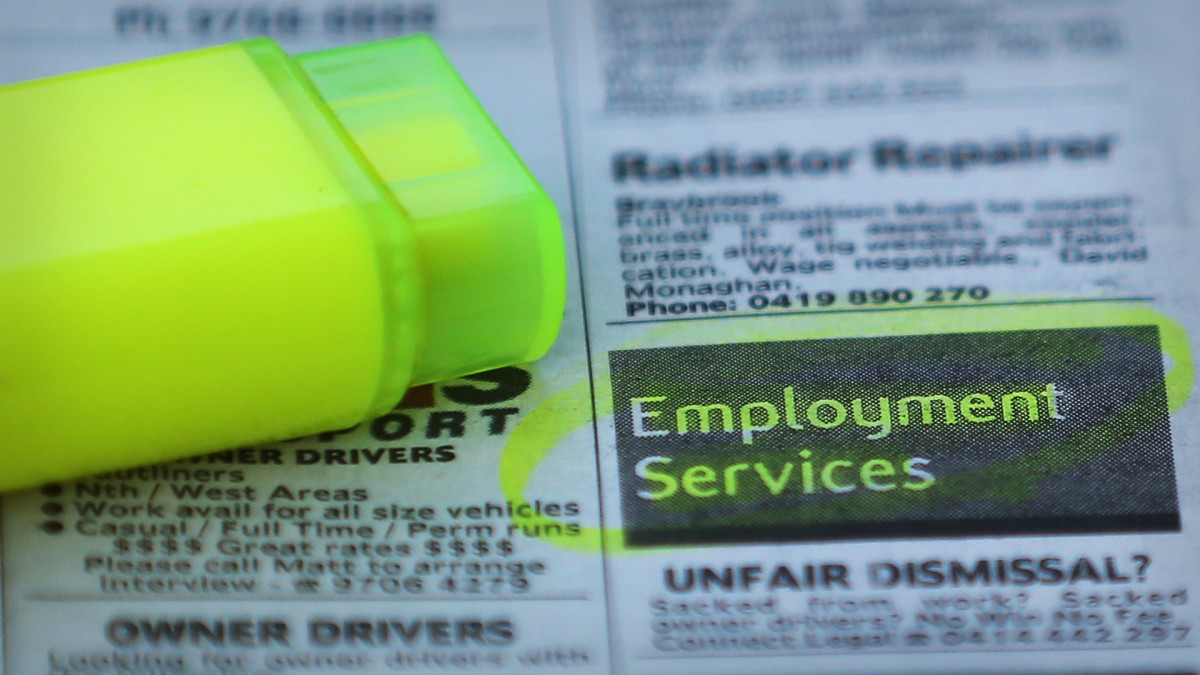 It’s getting better, but it’s still a far cry from where it was.

That’s roughly how economists and market-watchers summed up Friday’s nonfarm payrolls report for August, which showed that U.S. companies added to their ranks, pushing the jobless rate below 10% for the first time since the pandemic began.

While an improvement from the dark days of March and April, the numbers continue to reflect historically high joblessness not seen in the United States since the Great Depression. The unemployment rate was 3.5% in February, a half-century low, just ahead of the pandemic. That swung dramatically 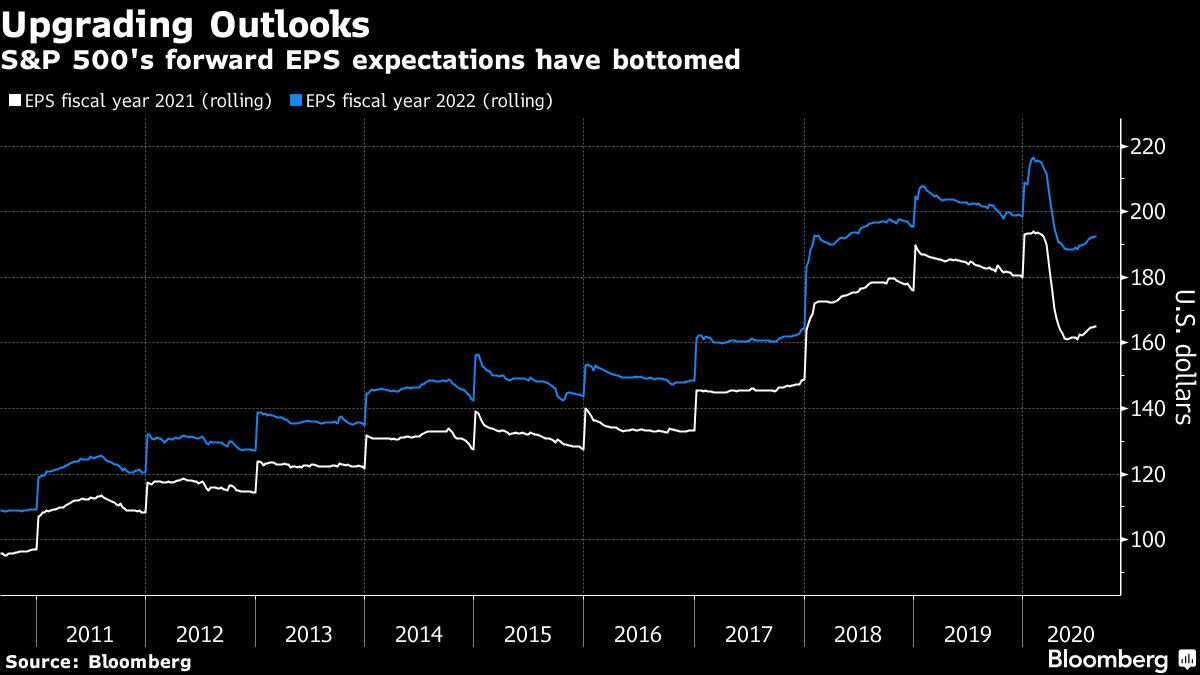 RBC: These 2 Stocks Are Poised to Surge by at Least 80%

Breaking record after record, the stock market is on a roll. Hovering at all-time highs, the steady decline of new COVID-19 cases in the U.S. and vaccine hopes have kept the S&P 500’s remarkable rally alive. That said, these movements have spurred unprecedented disparities in sentiment, with some market watchers overwhelmingly bullish while others are unwaveringly bearish.So, how are investors supposed to decide which side to take? The Wall Street pros can lend a hand here. Analysts offer up extensive experience as well as cover stocks you might not otherwise hear of. Seeking out some of the best in the business, we turned to the analysts at RBC Capital, which nabs the third spot on TipRanks’ list of Top Performing Research Firms.The pros from RBC are bullish on two stocks in particular, noting that each could gain

Bitcoin traders are hitting the sell button Friday while the ether options market loads up on lower prices.

After holding around $11,800 Thursday into Friday, bitcoin started to slide downward around 08:00 UTC (4 a.m. ET), dropping to a 24-hour low of $11,605. Spot volumes were lower to cap off the workweek. It was $138 million on major spot USD/BTC exchange Coinbase, lower than its $179 million average over the past month.

Over-the-counter crypto trader Henrik Kugelberg expects a bullish, if not record, fourth quarter ahead for bitcoin, even if the number of sluggish