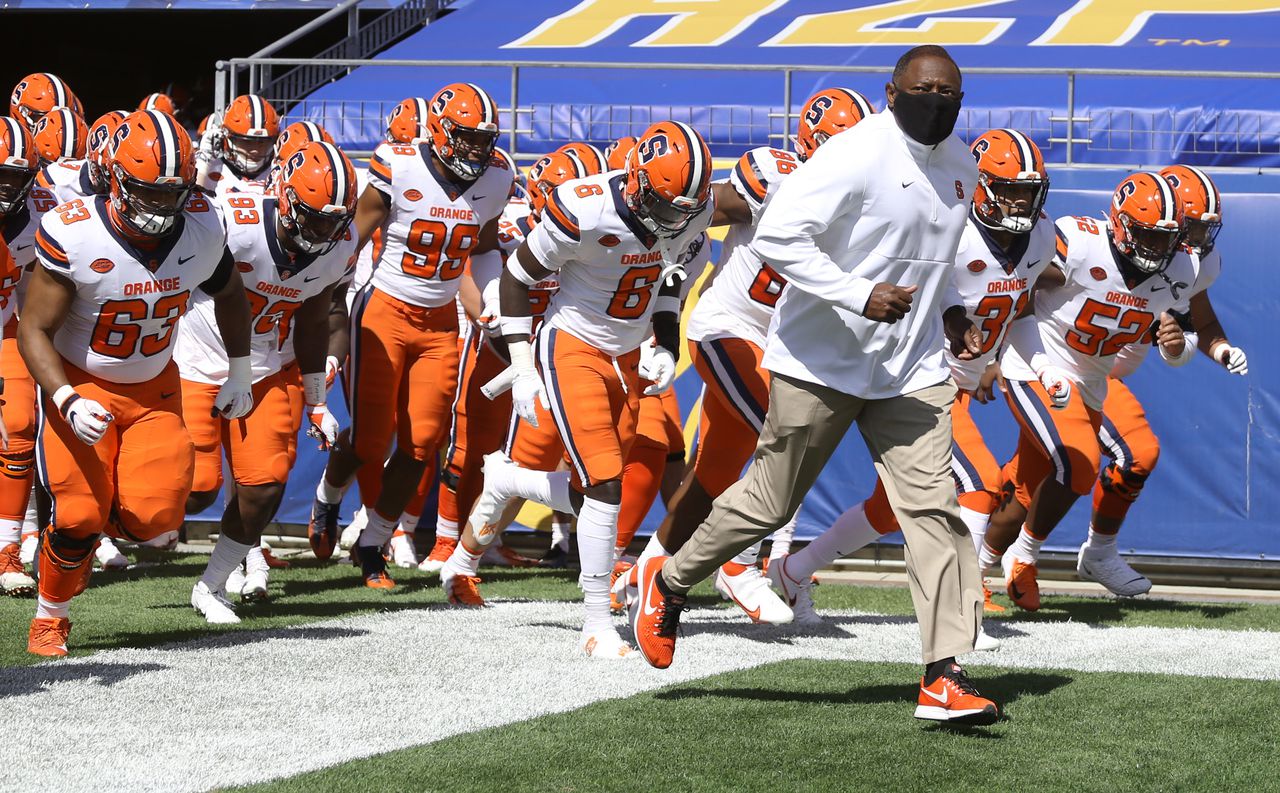 Syracuse, N.Y. — Syracuse had an opportunity to kick a long field goal down 11 points with a little over four minutes remaining in Saturday’s game against No. 25 Pittsburgh.

Instead, Orange coach Dino Babers elected to go for it on fourth down, which ultimately failed. From there, the game was essentially over, as Pitt rushed the ball on seven-straight plays and killed the clock while Babers held on to all three timeouts.

Babers explained his decision not to try the field goal after the game but did not address the use of timeouts.

“We were sitting there debating on whether we could hit it or not and that was really the last big opportunity,” Babers said. “If we kick that then it’s an 8-point deficit. Maybe you kick away, maybe you onside kick and