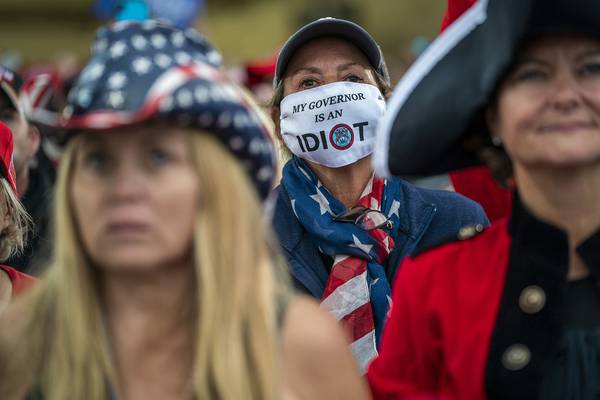 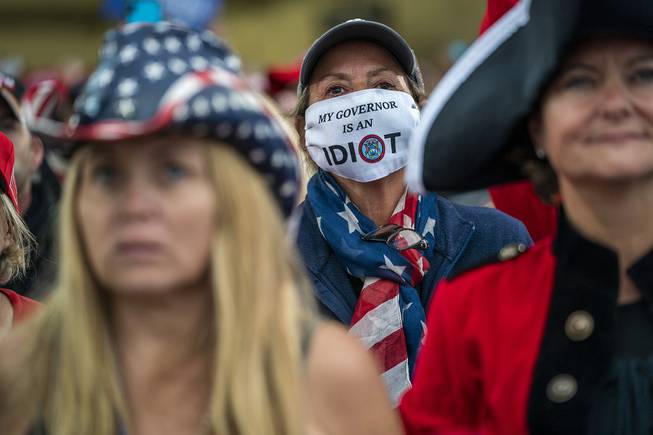 Jodee Burton, a retired preschool teacher who now helps with her husband’s logging business, lives on a remote patch in the Upper Peninsula of Michigan, a state that has been embroiled in a partisan battle over how to respond to a pandemic that has killed nearly 7,000 people there and almost 200,000 nationwide.

Burton, 63, who is the mother of three grown children, is not convinced that there is a crisis — and she is certainly not happy with the efforts by her governor, Gretchen Whitmer, a Democrat, to require some people to wear