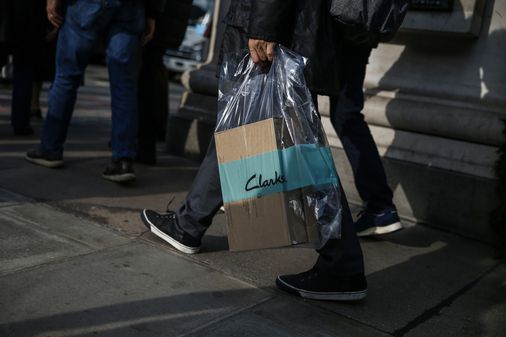 But this total number isn’t expected to last. Champion said he expects that the Waltham-based division of the footwear designer will have stores numbering “somewhere in the mid-100s,” with most closings taking place by the end of next year. A spokeswoman for the company later clarified that this number reflects Champion’s personal speculation, and not a confirmed corporate plan.

Clarks, a.k.a. C&J Clark International Ltd., sells its shoes — Wallabees, Bostonians, and Desert Boots, among many others — at its own stores as well as through wholesale channels. Champion said customers have been slow to return to indoor shopping malls, but Clarks stores in outdoor lifestyle and outlet centers tend to be performing better than those in malls. Still, it still has been a tough slog. (The company’s US portfolio is roughly split in half: 115 shops in outdoor centers, and 99 indoors.)