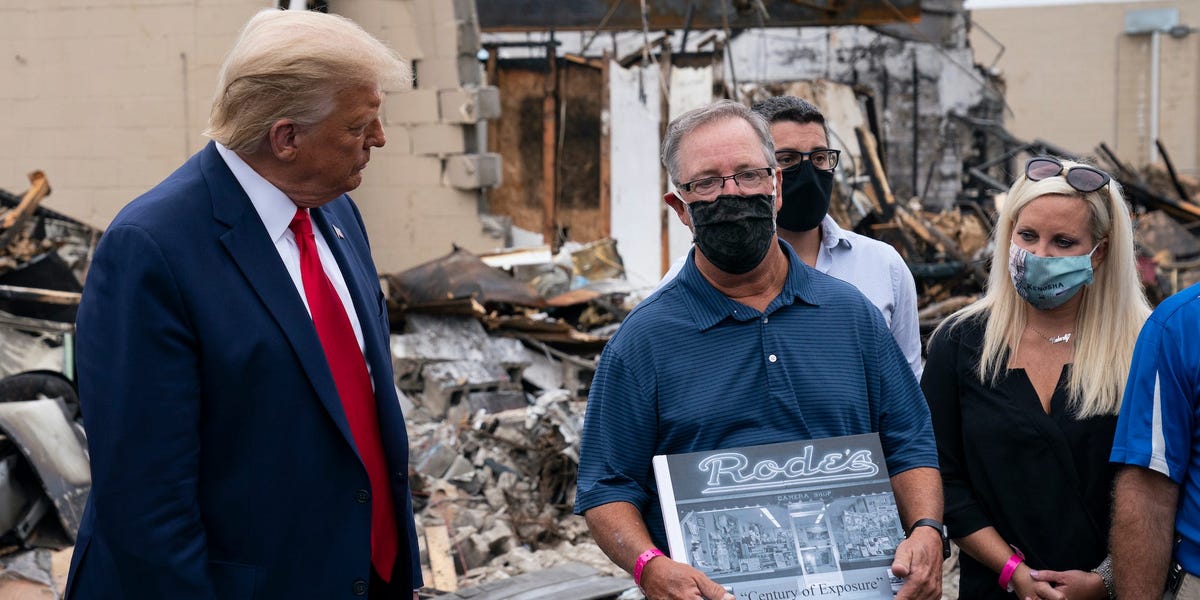 Standing next to him was a man the White House, and president, identified as the owner of the store, John Rode III.