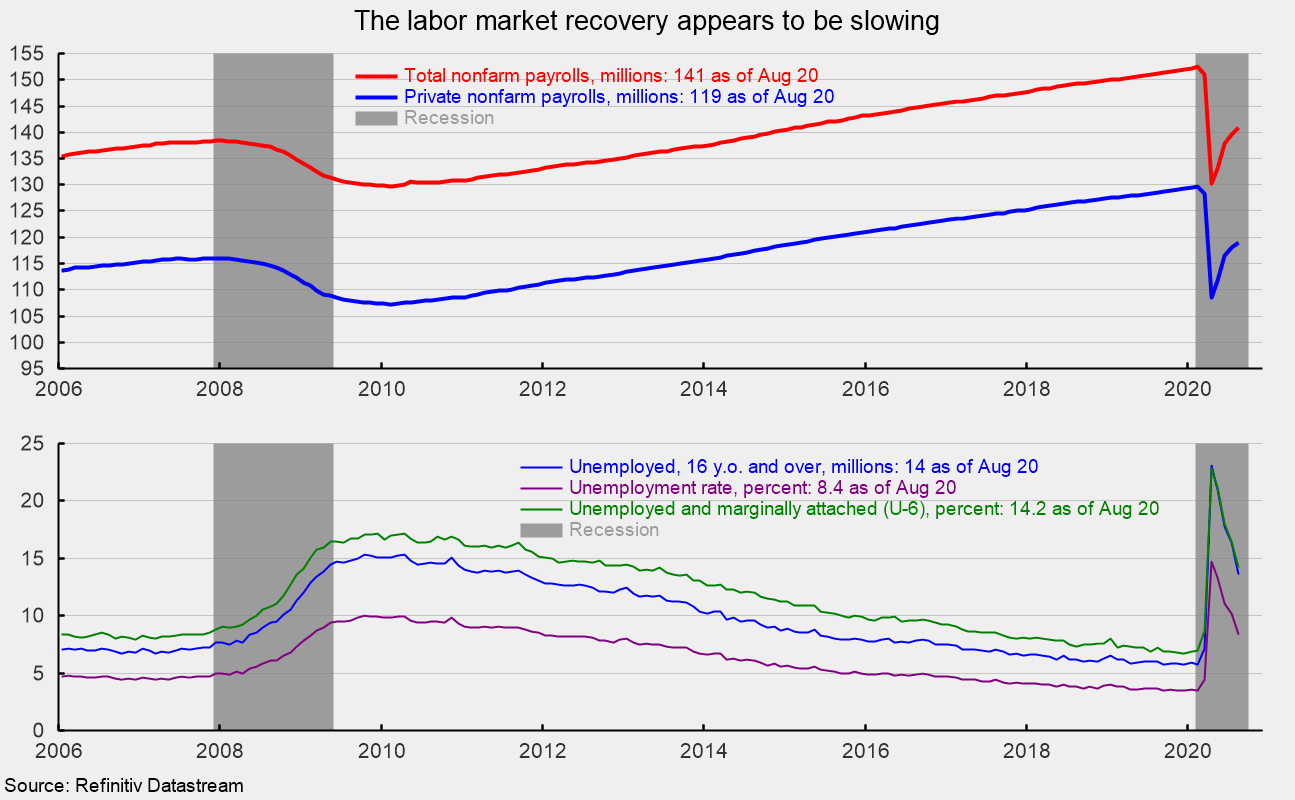 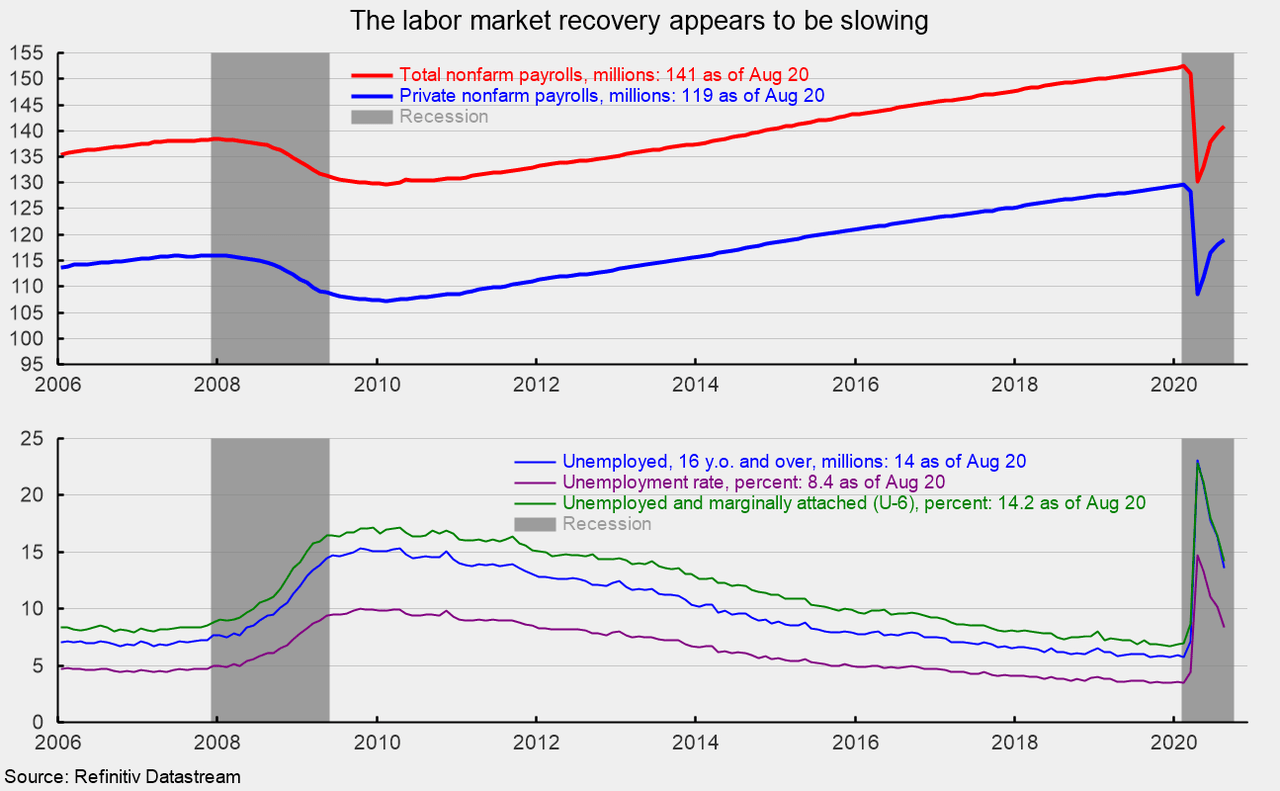 U.S. nonfarm payrolls posted a fourth monthly gain in August, adding 1.4 million jobs following a 1.7 million rise in July, a 4.8 million surge in June, and a 2.7 million gain in May. However, the four-month total gain of 10.6 million is far from offsetting the 22.2 million loss in March and April; payrolls remain well below the February peak (see top of first chart).

The report suggests that the labor market recovery is continuing as restrictive government policies are lifted. However, the slowing pace of gain sustains concerns that a sizable portion of the losses may be very slow to return or may not return at all.