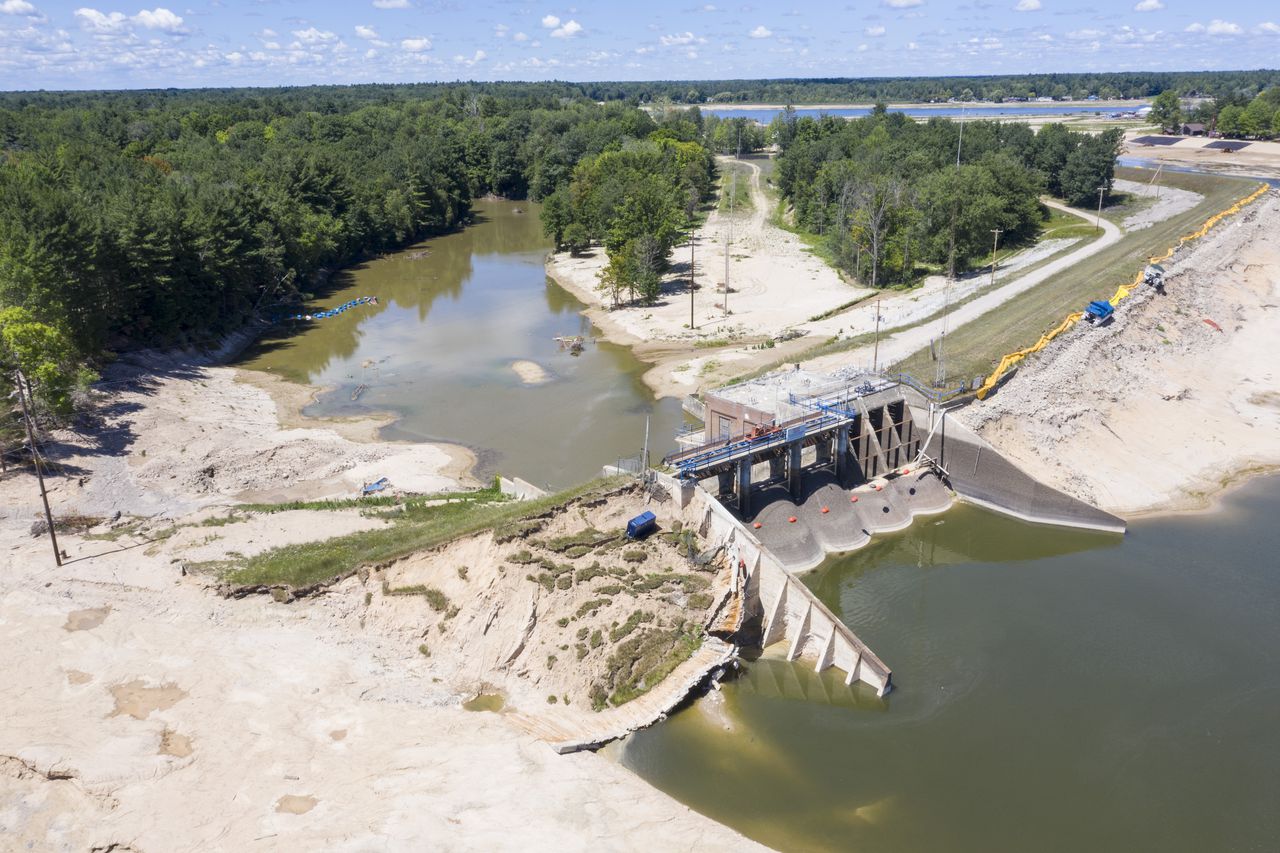 EDENVILLE, MI — The ‘500 year flood’ that devastated the Midland area came after just 7 inches of rain.

But it was enough rain to overtake the Edenville Dam causing a chain reaction that lead to the failure of the Sanford Dam and massive flooding. Lakes were left dry while homes were underwater.

More than 10,000 people had to evacuate. While no lives were lost, more than 2,000 homes were damaged or destroyed. Roads, bridges and businesses that stood in the way of the floodwaters were also damaged.

The waters have subsided, and what’s left are lawsuits and questions. The biggest one: Who is responsible?

Below is a list of key events preceding and following the dam’s failure: