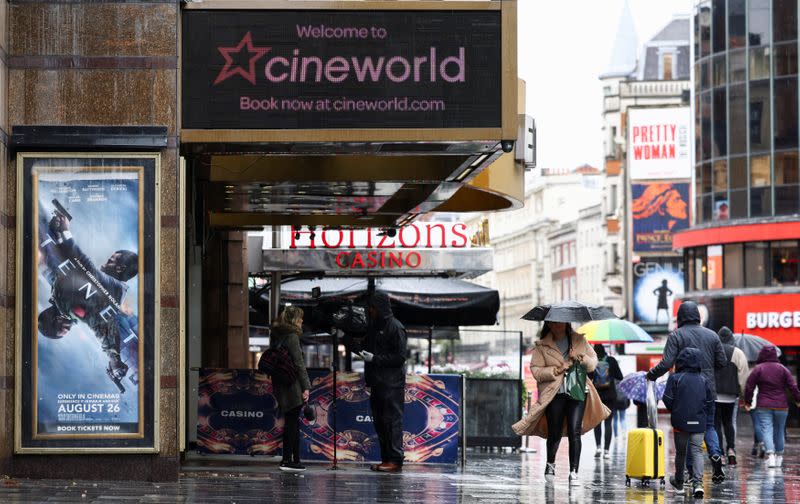 (Reuters) – Cineworld <CINE.L>, the world’s second-biggest cinema chain, will close its UK and U.S. movie theaters this week, leaving as many as 45,000 workers unemployed for the foreseeable future as it fights to survive a coronavirus collapse in film-making and cinema-going.

The company said the reluctance of studios to go ahead with major releases such as the new James Bond film had left it no choice but to close all 536 Regal theaters in the U.S. and its 127 Cineworld and Picturehouse theaters in the UK from Oct. 8.

Its statement follows a grim evaluation by ratings agency S&P’s of rival AMC Entertainment <AMC.N> on Friday which gave the U.S.-based company six months unless it is able to raise more capital.

Cineworld’s announcement on Monday detailed the scale of job losses from its move, which affects thousands of ancillary staff including cleaners and