Pepsi got an upgrade by Citigroup analyst Wendy Nicholson to buy from neutral, as she anticipated wider profit margins at the drinks-and-snacks giant.

Nicholson raised her share-price target to $169 — a Wall Street high, according to Bloomberg — from $148.

Improving operating margins could boost Pepsi shares, Nicholson wrote in a commentary cited by Bloomberg. The stock’s multiple should “expand considerably from current levels,” she said

Pepsi’s beverage business has lagged behind food during the Covid pandemic.

“We cover three companies with really sizeable market capitalizations: PEP at $190 bn, KO at $217 bn and PG at $353 bn. While each company is significantly different from the others in terms of what they sell, they are each massive global enterprises with dominant market share positions in their categories. Herein, we compare the underlying financial trends of the three businesses. Bottom line: PEP has had the most consistent organic sales 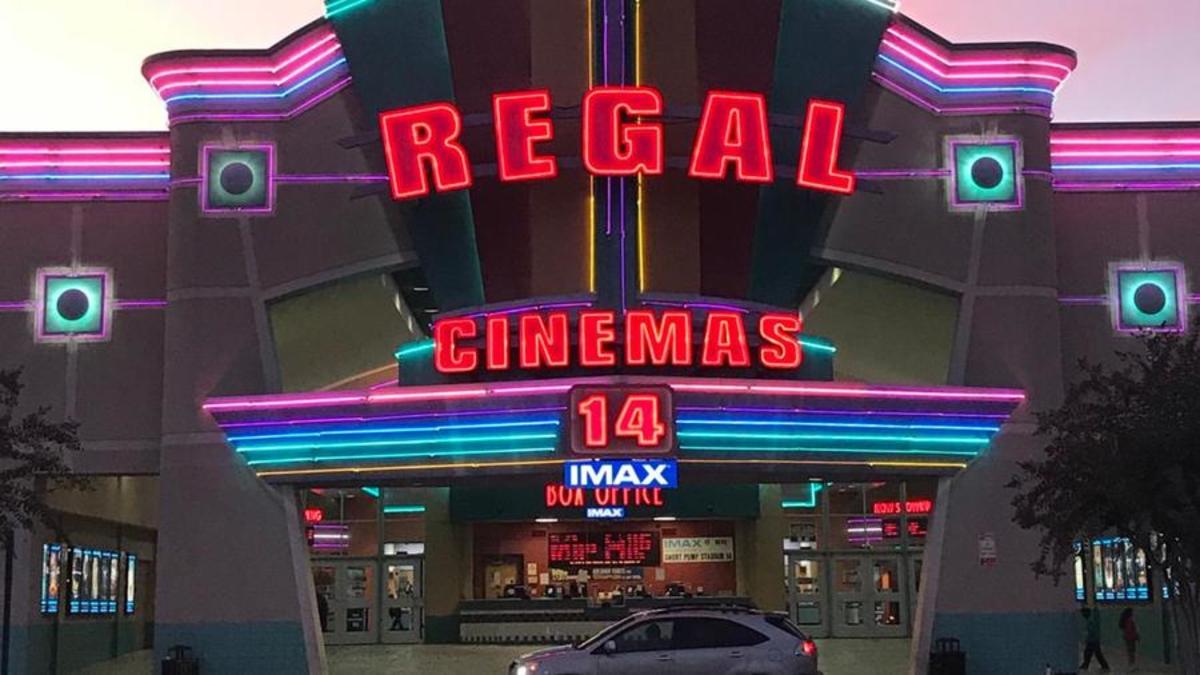 Stocks were rising on suggestions that President Donald Trump plans to leave the hospital Monday, and on optimism over a coronavirus relief package.

Cineworld Group’s Regal Entertainment Holdings said it will temporarily suspend operations at all its American and British movie theaters as crucial sales from expected fall and winter blockbuster movie releases like the next James Bond epic have been postponed by the coronavirus pandemic.

Cramer said it’s time to sell shares of Regal. “It’s sad and I feel the same way about AMC. I thought AMC could get their way out of this because they have 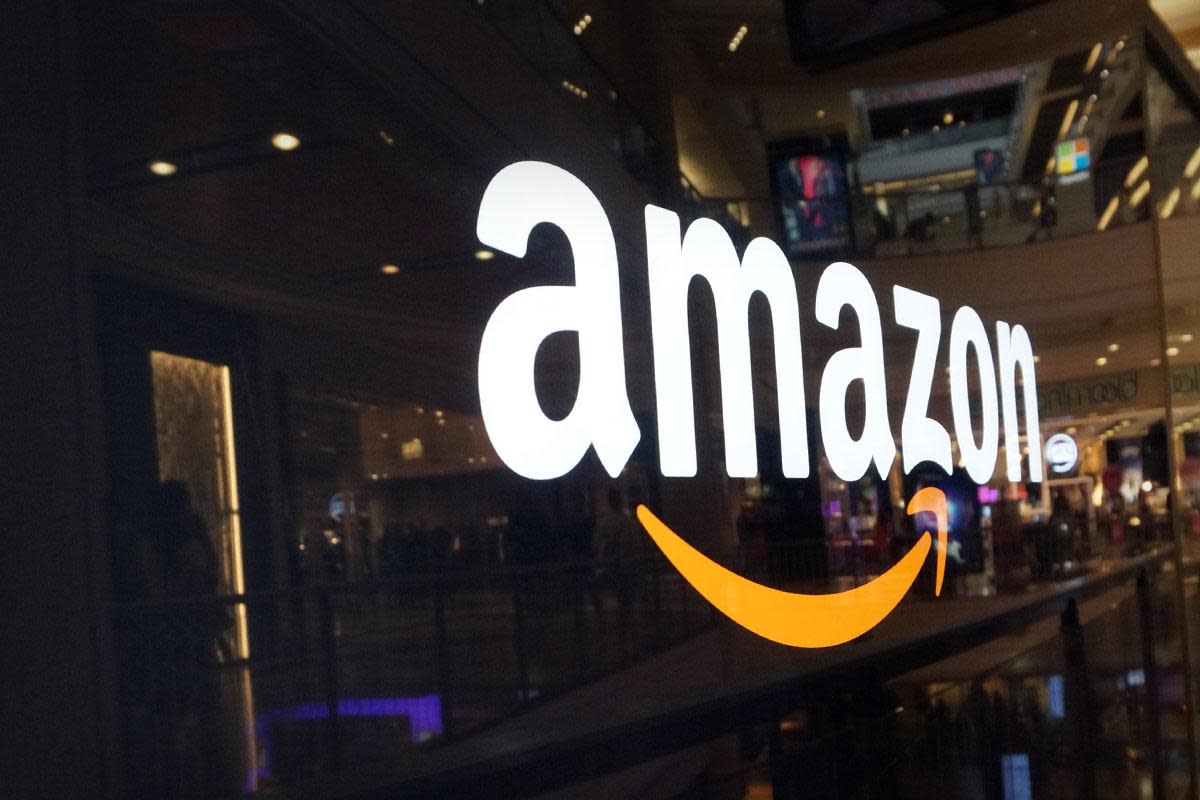 Stocks tumbled Friday after President Donald Trump and the first lady tested positive for the coronavirus and the U.S. added fewer jobs in September than forecasts predicted.

TheStreet’s Katherine Ross discussed breaking news in the stock market on Street Lightning. Cramer spoke about job recovery in the U.S., the stimulus package and Amazon.

CNBC’s Jim Cramer took to social media to defend himself Tuesday after critics derided his use of the epithet “Crazy Nancy” during a Tuesday interview with House Speaker Nancy Pelosi, a relatively rare example of the business-news outlet’s on-air personnel getting mixed up in news-cycle politics.

Cramer was questioning Pelosi about negotiations for new coronavirus relief, and appeared to use the “Crazy Nancy” phrase in describing the White House position. But he quickly realized he had blundered. “I’m sorry. I  — that was the president. I have such reverence for the office, I would never use that term,” Cramer said, immediately after using it. “But you just did,” Pelosi responded. Cramer then continued on with the interview.

Detractors on Twitter called him to account, prompting him to address the issue. “When you criticize the president by 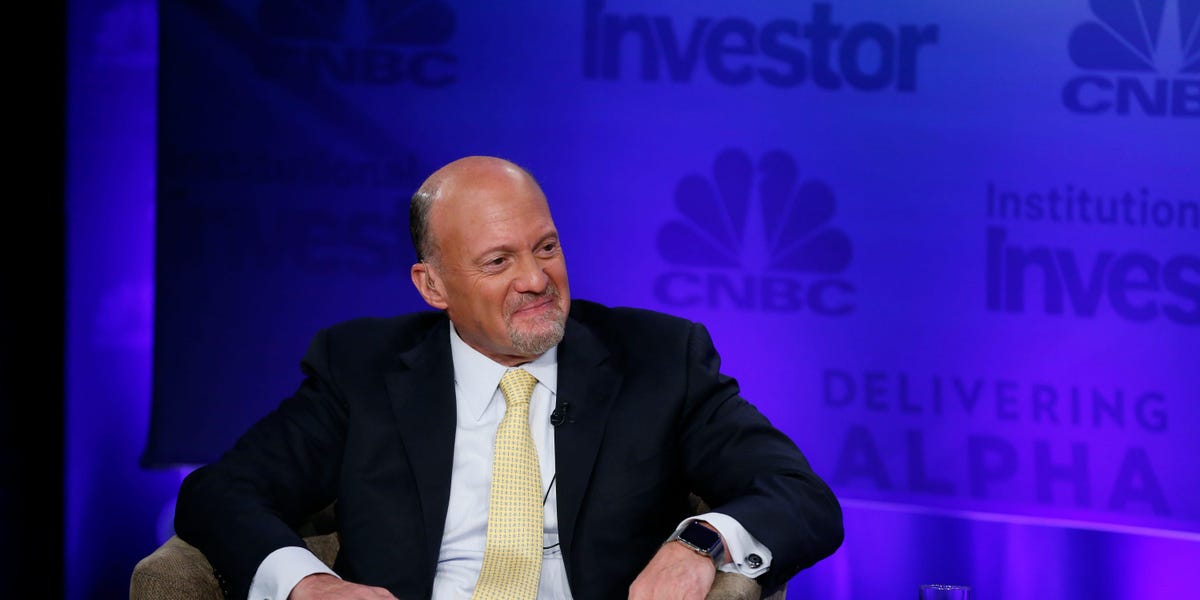 While interviewing House Speaker Nancy Pelosi on live television, CNBC’s Jim Cramer accidentally referred to her as “Crazy Nancy,” a derogatory term frequently used against her by President Donald Trump.

Cramer, who immediately backtracked, said that he was using the president’s 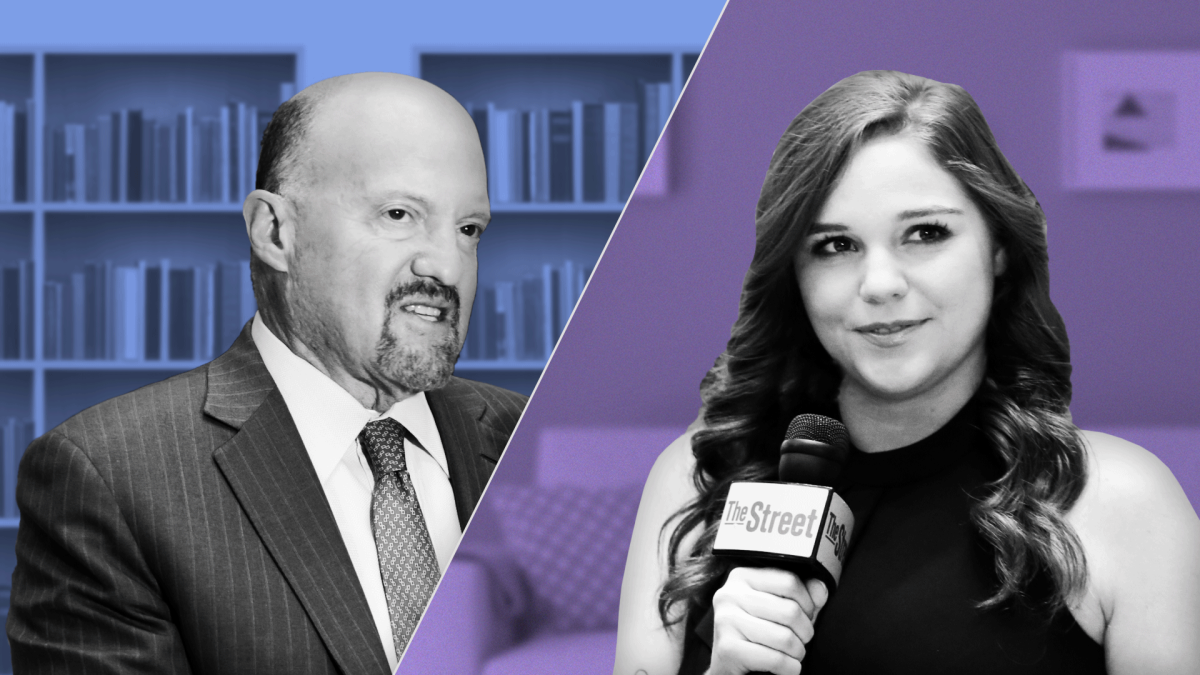 Stocks were rising in intraday trading Tuesday, propelled higher by an extended rally in tech shares and as the Federal Reserve’s two-day policy meeting kicks off.

The Fed begins a two-day meeting Tuesday, with a decision on interest rates expected Wednesday afternoon. The central bank is expected to hold rates near zero and reaffirm its new, more relaxed stance on inflation.

China’s official statistics office said Tuesday that industrial production in the world’s second-largest economy surged 5.6% in August, the strongest reading of the country’s most important sector since the global coronavirus pandemic began there in early January. Retail sales in China in August rose for the first time this year.

Apple’s event kicks off at 1 P.M. E.T. on Tuesday and the focus reportedly will be on hardware, but not a new iPhone from the tech giant.

Apple’s all-virtual showcase, which is open to the public, is expected to

The due changes to the Dow Jones Industrial Average will make the index more in tune with the new economy, CNBC’s Jim Cramer said Tuesday.

The 30-stock index, which is managed by S&P Dow Jones Indices, is set to swap three components at the end of the month, motivated by a stock split planned by the most influential company on the list.

The moves will further a much-needed modernization of the blue-chip average, he said.

“This rebalancing came about because of a need for more technology in this index, given how big the tech sector’s become,” the “Mad Money” host said. “I think that the job’s almost done.” 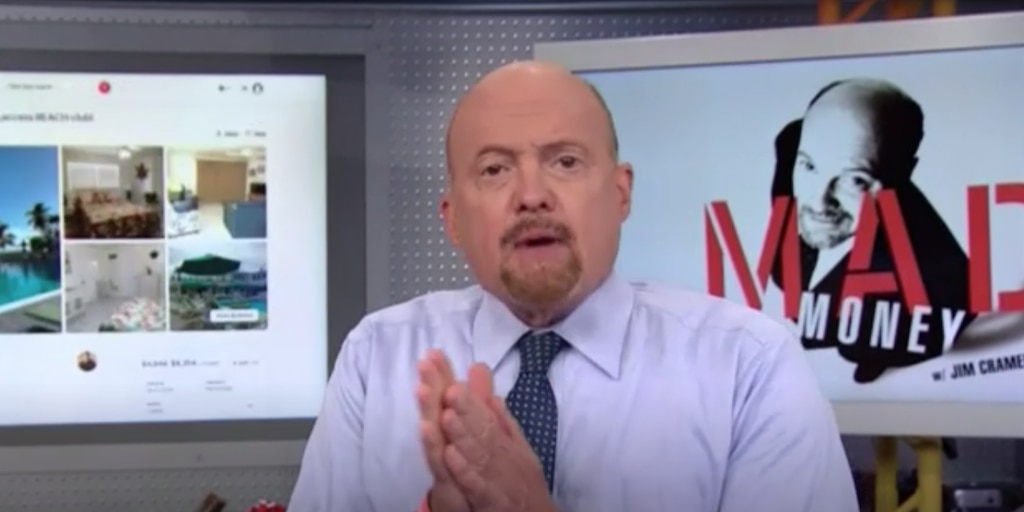 Airbnb raised some eyebrows when it filed to go public last week, even as the pandemic continues to discourage global travel and depress demand on the home-sharing platform.

However, its stock-market debut could be

First-time jobless claims in the U.S. moved back above 1 million after dipping below that mark a week earlier as businesses continue to struggle bringing workers back on the job amid the pandemic.

This comes after the Federal Reserve said the coronavirus pandemic would weigh heavily” on U.S. economic activity and the jobs market.

In the minutes Wednesday from their meeting in late July, officials at the central bank “agreed that the ongoing public health crisis would weigh heavily on economic activity, employment, and inflation in the near term and was posing considerable risks to the economic outlook over the medium term.”

The central bank said it expected to maintain rates between a 0% and 0.25% until it’s “confident

The U.S. economy has the potential to bounce back quickly from the coronavirus recession, but don’t expect a boom to happen without a bounceback in small businesses and in turn the financial sector, CNBC’s Jim Cramer said Wednesday.

“I think the economy’s going to look better six months from now, but based on the action in the market, it’s probably not going to be [great],” the “Mad Money” host said. “I’ll start believing in a V-shaped economic recovery the moment we get a V-shaped recovery in the bank stocks, but not before.”

“Until then, the only real boom will come with a vaccine,” Cramer said.

The comments came after a trading session where the major averages all retreated, Apple reached a new milestone and the Federal Reserve released notes from its July meeting.

The S&P 500, one day after the index hit its first highs since February, touched a new