Arthur M. Blank, co-founder of The Home Depot, was introduced to the startup life as a kid. His father launched a mail-order pharmacy business out of the one-bedroom apartment the family of four shared in the Sunnyside section of Queens, New York. Four years later, darkness set in when Blank’s father died suddenly. His mother picked up the pieces of both the family and the family business. She plowed ahead and became a successful entrepreneur, ultimately selling the company.

“My mother used to say, ‘make decisions for the right reason and live with the consequences,'” Blank tells Inc. That’s why, for instance, he decided to delay the reopening of the Mountain Sky Guest Ranch, a dude ranch he owns in Montana, even though it typically runs at more than 90 percent occupancy and guests were yearning to return. “We knew that if we opened we would bring disease into the

Tilman Fertitta and Jefferies Financial Group Inc. have joined forces for a third “blank check” company, seeking to raise $500 million for what they are calling Landcadia Holdings III Inc.

Tilman Fertitta has joined forces with Jefferies Financial Group Inc. for a third “blank check” company, seeking to raise $500 million for what they are calling Landcadia Holdings III Inc.

The partners late Thursday said the initial public offering of 50,000,000 units had been priced at $10 per unit. The units will be listed on The Nasdaq Capital Market (“Nasdaq”) and trade under the ticker symbol “LCYAU” beginning on Oct. 9.

What Happened: DPCM Capital Inc in its IPO intends to offer 25 million shares, with each unit consisting of one Class A common stock share and one-third warrant rights for a $10 offer price. Only whole warrants would be exercisable and each whole warrant will entitle the holder to buy Class A common stock at an exercise price of $11.50. Underwriters will be paid 2% of gross proceeds as commissions.

The Class A common stock could be listed on NYSE under the symbol “XPOA.”

The emerging growth company, led by CEO Michael, intends to raise a minimum of $250 million in proceeds. Including the underwriters’ over-allotment

Billionaire businessman Arthur Blank told CNBC on Monday that businesses must care about more than just profitability, suggesting social responsibility should also be an area of emphasis.

“If you don’t care about people, profit and the planet at the same time, profitability by itself isn’t really enough,” Blank said on “Power Lunch.” “And the truth of the matter is, you can have them both, and I think we should have them both.”

Blank, who co-founded The Home Depot in 1978, is now owner of the NFL’s Atlanta Falcons and Atlanta United of Major League Soccer. His comments Monday came one day before the release of his book, “Good Company,” which details his business career and his views on corporate strategy.

The remarks also come shortly after the 50th anniversary of the publication of economist Milton Friedman’s seminal essay, “The Social Responsibility of Business is to Increase its Profits.” In recent

(Bloomberg) — It’s the hot ticket on Wall Street, a symbol that you’ve arrived or can at least persuade investors that you’re on your way: the blank-check company.

Few corners of American finance capture the giddiness of today’s stock market quite like the mad rush into these vehicles, formally known as special purpose acquisition companies, or SPACs.

In fact, even some who are surfing the SPAC wave warn some of these deals will end badly.

Big-name dealmakers, small-name money managers, tech entrepreneurs, even Paul Ryan, the former speaker of the House and former Trump economic adviser Gary Cohn: all want to raise millions or even billions of dollars via SPACs, which offer nothing more than a promise that they’ll find actual, money-making businesses to buy later.

This year, no fewer than 91 SPACs have raised more than $35 billion, approaching half the total raised by SPACs on U.S. exchanges in

The year 2020 has been a rough one for many retailers. Hampered by store closures and declining sales, plenty of companies have filed for bankruptcy during the coronavirus pandemic. Meanwhile, retail workers have struggled to balance jobs on the frontlines Companies that raise money for buying businesses. The reason they’re known as blank-check companies as they generally don’t have a merger target when they are formed. It’s as if investors are giving the sponsor of the SPAC a blank check to use as she sees fit.

SPACs raise money through an initial public offering that sells shares and warrants in a bundled unit usually at $10. SPACs usually have 24 months to identify and complete an acquisition. If investors of the SPAC dislike a planned purchase, they get to sell their shares but keep the warrants. That gives them the possibility of an upside even in transactions they opt out of, if a merger goes better than they expected. That combination is seen as making SPACs a safe bet especially during turbulent markets. Once the business combination is completed, the acquisition target becomes a public company. 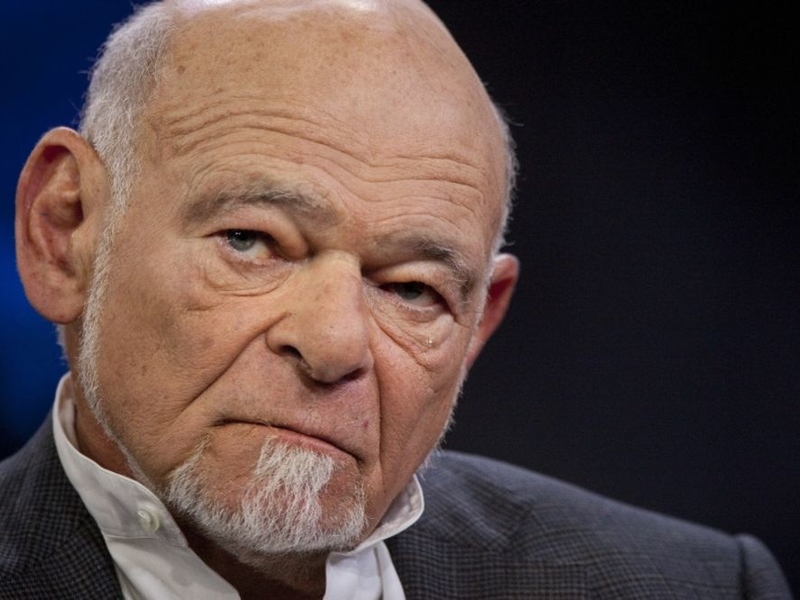 Now, Zell is teaming up with former Anixter President and CEO Bill Galvin to build a new business. With a name that won’t win any branding awards—Equity Distribution Acquisition—the company aims to gobble up businesses in a fragmented but huge distribution market, estimated at about $2.5 trillion, according to the prospectus. For its first deal, it plans to identify a target company with a combined debt and equity value of $1 billion to $1.5 billion.

Blank-check companies—also known as special purpose acquisition companies, or SPACs—have become a trendy way to raise money these days. They’re corporations without any operating assets that sell their shares in an initial public offering, using the money raised to go out and buy one or more businesses, almost like an investment fund would. Billionaire investor Bill Ackman recently raised $4 billion for the largest blank-check company ever. Even former U.S. House Speaker Paul Ryan is

(Bloomberg) — A small Canadian company that sells soap and hand sanitizer has soared 164% this week after reporting an eightfold jump in profitability.

Acasta Enterprises Inc. is best known in Canadian finance as a former blank-check company that attracted the backing of some of the country’s most prominent executives — including two former bank CEOs — then plummeted in value. But this week the company, which sells its products to Walmart Inc. and CVS Health Corp., said it earned C$30.1 million ($22.7 million) in the second quarter, before interest, taxes, depreciation and amortization. That compared with C$3.6 million in Ebitda in the same quarter last year.

The results sent the stock from 70 Canadian cents to C$1.85 as of 10:24 a.m. Toronto time, giving Acasta a market value of C$137 million. That’s still just a fraction of the C$390 million it spent to buy its only remaining