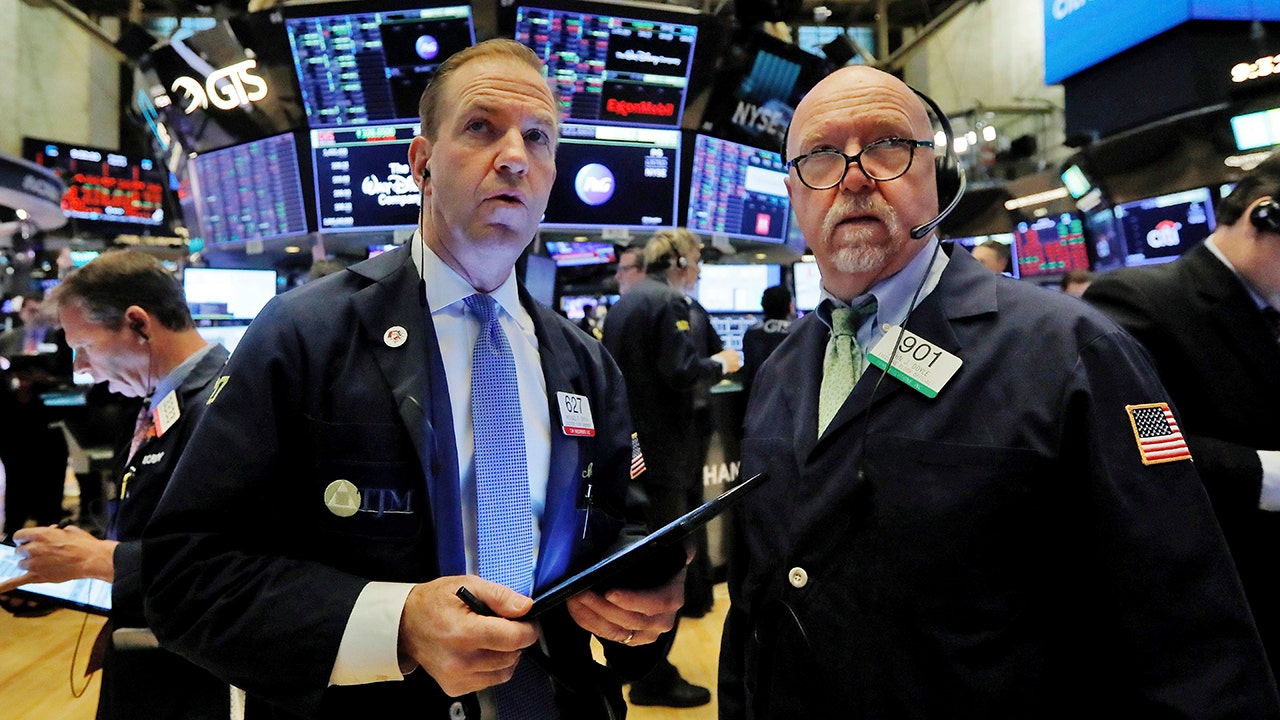 U.S. equity markets fell across the board Wednesday, ending the session lower after hitting record intraday highs as Apple became the first U.S. company to attain a $2 trillion market valuation and investors digested another batch of strong retail earnings.

The S&P 500 fell 0.44% while the Nasdaq slipped 0.57%. Both indexes finished the prior session in record territory.

The Dow Jones Industrial Average, of which Apple is a member, fell 85 points, or 0.31%, after ending Tuesday 6.38% below its February peak.

Federal Reserve officials, in their latest minutes, remained cautious over the health of the U.S. economy.

Apple shares crossed $467.77, making the tech giant the first U.S. company to reach the coveted $2 trillion market capitalization. The stock ended higher, but pulled back from the milestone.

Looking at earnings, Target Corp. comparable sales grew at a record 24.3% during the three months through June as customers stocked up on electronics, home goods, food and essentials while taking advantage of same-day service options amid the COVID-19 pandemic.

“Our second quarter comparable sales growth of 24.3 percent is the strongest we have ever reported,” said CEO Brian Cornell in the company’s earnings announcement. Digital sales increased 195% versus last year.

Lowe’s Companies Inc. beat on both the top and bottom lines as its U.S. home-improvement business saw sales at stores open at least 12 months rise 35% from a year ago.

Meanwhile, Goodyear Tire & Rubber Co. shares fell after President Trump called for a boycott after some employees said they were told they could wear Black Lives Matter apparel but not clothing with logos such as MAGA or Blue Lives Matter.

Elsewhere, Southwest Airlines Co. lowered its daily cash-burn forecast for the third quarter to $20 million per day, down from $23 million, amid a pickup in bookings in August. The company expects capacity to be down 30% to 35% during the current quarter, a slightly bigger decline than its previous expectation of 20% to 30%.

On the deals front, Johnson & Johnson agreed to pay $6.5 billion, or $52.50 per share, for Momenta Pharmaceuticals Inc., an autoimmune disease specialist. The deal represents a 70% premium over Momenta’s valuation on Tuesday.