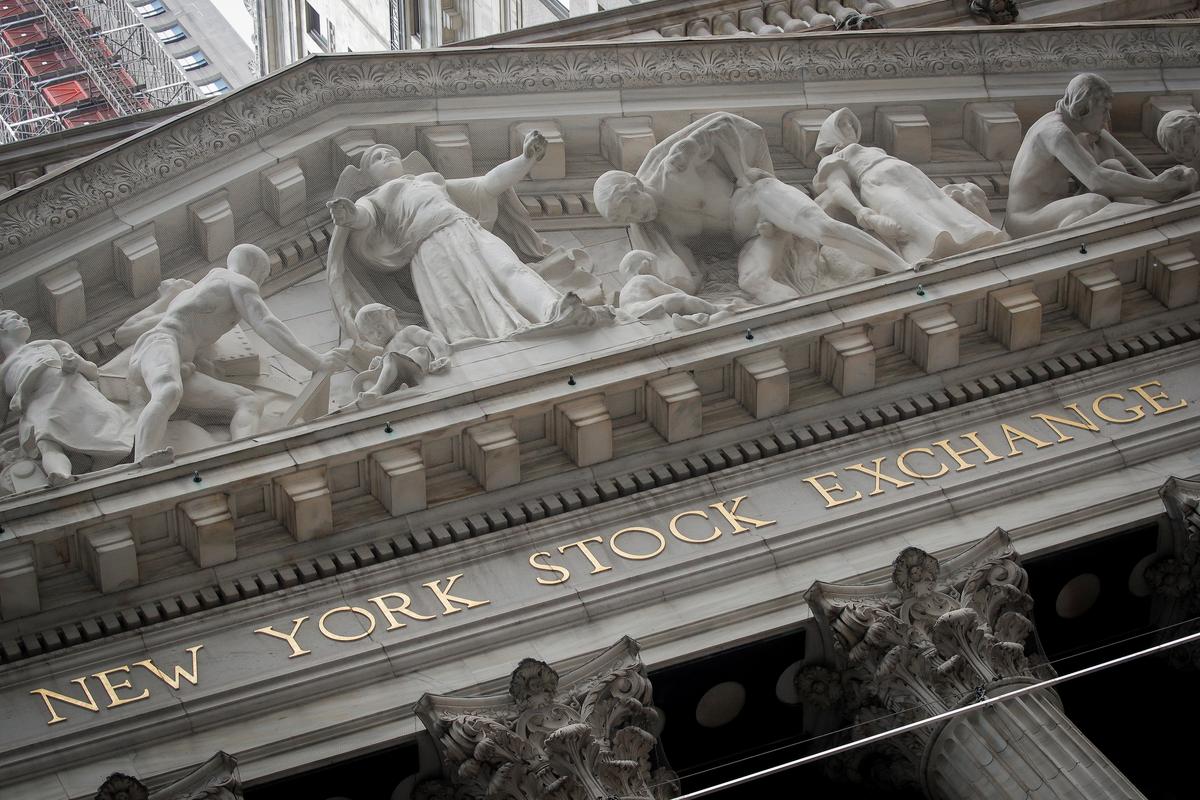 NEW YORK (Reuters) – Stocks fell on Friday as data out of China, the euro zone and the United States put a lid on expectations for a sustained global rebound, with traders already worried about a delay in U.S. fiscal stimulus.

A review of the U.S.-China trade deal initially slated for Saturday will be delayed due to scheduling issues and no new date has been agreed upon, according to sources familiar with the plans.

European shares were weighed further by a hit to travel stocks after Britain added more European countries, including France, to its quarantine list amid the coronavirus pandemic.

On Wall Street, a slowdown in retail sales growth last month and concern over further reluctance by consumers weighed on stocks, but the S&P 500 ended nearly unchanged, not far from record highs.

“The economy remains on life support and Congress going on recess is bad news for large parts of the economy,” Edward Moya, New York-based senior market analyst at OANDA, wrote in an afternoon note. “Stocks will not selloff due to the extraordinary policy support that central banks and governments have put in place.”

The euro zone reported the biggest drop it ever recorded in employment in the second quarter. Data also confirmed a record fall in gross domestic product last quarter and a widening in the euro zone’s trade surplus with the rest of the world.

Data showing a slower-than-expected rise in Chinese industrial production and a surprise fall in retail sales put Asian shares on the defensive.

Yields on benchmark U.S. Treasuries dipped but remained elevated after an auction of 30-year bonds on Thursday met weak demand. The 30-year yield rose every day this week.

Gold ticked lower and posted its steepest weekly fall since March, following a string of nine weeks of gains.

Oil edged further below $45 a barrel, giving up some of this week’s gain, under pressure from doubts about demand recovery due to the COVID-19 pandemic and rising supply.

Reporting by Rodrigo Campos; Additional reporting by Alex Lawler and Tom Arnold in London, Ambar Warrick and Medha Singh in Bengaluru and Karen Brettell and Gertrude Chavez-Dreyfuss in New York; Editing by Will Dunham and Alistair Bell

2020-08-14
Previous Post: Metis Global Limited has won the “Excellence Award of Trustee Service” granted by Bloomberg Businessweek for the second consecutive year
Next Post: China may never catch up with commitments to U.S. in ‘phase one’ trade deal: Expert