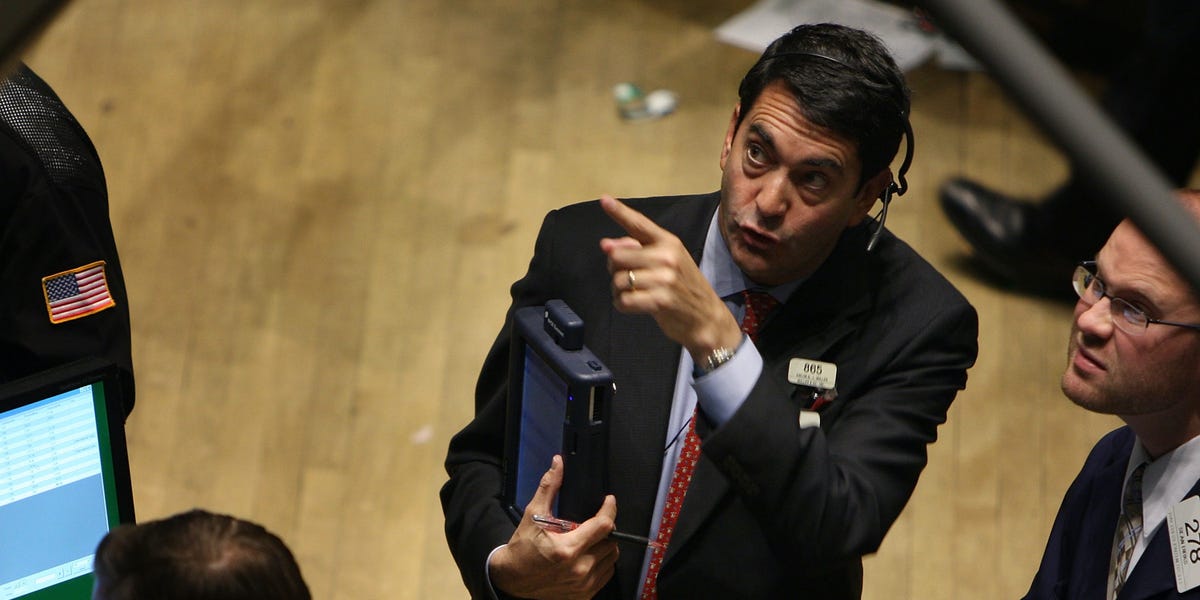 Global stocks were mixed on Wednesday, taking a breather from the rally that took the S&P 500 to an all-time high Tuesday, with Asian stocks under particular pressure amid rising US-China tensions.

US President Donald Trump said Tuesday night that he personally cancelled US trade talks with China. Both countries were due to review their Phase One Trade Deal last Saturday but this was postponed.

“I don’t want to talk to China right now” Trump said about the Phase One Deal.

After the comments most Asian stocks fell, with China’s benchmark Shanghai Composite down 1.2% at the close Wednesday.

Elsewhere, European stocks saw small gains, while futures pointed to another up day for the US markets.

Neil Wilson, chief market analyst at Markets.com, said: “Bulls did try to wrestle control from bears in the first hour of trading, but it looks like it will be another volatile day and a lot will depend on how Wall Street performs in the first hour or two of the NY session.”

On Tuesday, the S&P 500 closed at a record high on Tuesday of 3389.87 for the first time since February amid positive housing-market data and a broad tech rally.

This means the index has shot up 52% since its coronavirus low of 2247.40 in March, making it one of the most spectacular recoveries from a bear market.

Naeem Aslam, chief market analyst at Avatrade, said: “There is no doubt that the tech sector leads this coronavirus stock market rally.”

Oil prices were soft ahead of an OPEC meeting later on Wednesday.

Aslam said: “Traders are keeping an eye on the OPEC+ gathering where the current supply cut is the agenda of their meeting. No one wants to see the OPEC+ resume their production level to the pre-COVID-19 level.

“The reason is simple: global economic output is nowhere close to this level, which means that oil demand is much below its pre-coronavirus level. An increase in the supply can only translate into a massive disaster for the oil prices.”

Brent and West Texas Intermediate were both down about 1% in European trade.

OPEC is planning to bring back roughly 1.5 million barrels a day after cutting about 10% of global production following the COVID-19 slump.

Read more: MORGAN STANLEY: A historic shift is taking place under the market’s surface. Here are 5 reasons it could redefine the investing landscape as we know it.

The dollar continued its slide on Wednesday after reaching the lowest level in two years the session before. The Dollar Index is down 4.6% year-to date.

FOMC minutes will be published later today, which could also further pressure the dollar.

Stephen Innes, chief global market strategist, at AxiCorp said the FX market has convinced itself it is best to toggle “dollar off” ahead of the FOMC minutes.

Read more:Warren Buffett disciple Joel Greenblatt averaged 50% annual returns over 10 years. He shares an investor’s approach to solving some of America’s most glaring problems right now — from education and immigration to social security.

Gold hovered around $2,000, the psychological level it broke for the first time ever earlier this month.

“A test of the all-time high reached on August 7th seems only a matter of time. The negative outlook for the US Dollar and numerous uncertainties that are weighing on market sentiment should keep the demand for gold at a high level,” Milan Cutkovic, Market Analyst at AxiCorp wrote.

Get the latest Gold price here.