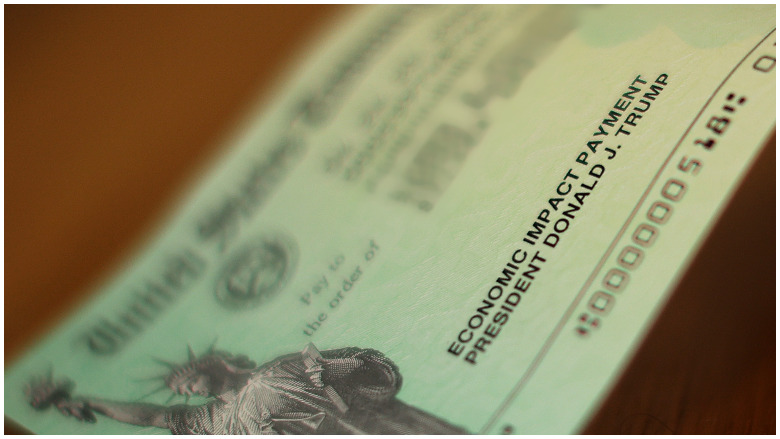 President Donald Trump mentioned a second round of COVID-19 stimulus checks on Twitter, writing on August 14 that he had directed the Treasury Secretary to get ready to send “direct payments” to all Americans amounting to $3,400 for a family of four.

“I have directed @stevenmnuchin1 to get ready to send direct payments ($3,400 for family of four) to all Americans. DEMOCRATS ARE HOLDING THIS UP!” Trump wrote in the tweet, mentioning Treasury Secretary Steven Mnuchin.

I have directed @stevenmnuchin1 to get ready to send direct payments ($3,400 for family of four) to all Americans. DEMOCRATS ARE HOLDING THIS UP!

Trump continued, “I am ready to have @USTreasury and @SBA send additional PPP payments to small businesses that have been hurt by the ChinaVirus. DEMOCRATS ARE HOLDING THIS UP!”

The president added: “I am ready to send more money to States and Local governments to save jobs for Police, Fire Fighters, First Responders, and Teachers. DEMOCRATS ARE HOLDING THIS UP!”

Here’s the catch: Trump didn’t include stimulus checks in his round of executive orders a week ago to deal with some elements of the stimulus relief package that Democrats and Republicans couldn’t get done. When the negotiations between the two sides fell apart, the president stepped in to use his executive powers on things like extended unemployment benefits and an eviction moratorium. However, the Constitution gives Congress funding power, so the legality of Trump’s executive orders is unclear.

Because Trump didn’t – or couldn’t – use an executive order to get stimulus checks approved, his tweet is simply a challenge to Congress to pass a deal including them, and he’s clearly hoping to extract a political price from Democrats for Americans not receiving checks yet. To be clear, checks are not going out simply because of the tweet, and the two sides don’t seem at all close to reaching an agreement. In fact, Congress recently broke for its summer recess and won’t come back until Labor Day barring some last-minute agreement. It will likely take a deal between Congressional Republicans and Democrats to get the checks done.

The $3,400 thrown out by Trump is the number that both sides generally agreed on for a second stimulus check because the checks would follow the same parameters as the first round, for the most part. That means that single people who qualify would get $1,200 checks. However, the checks were folded into a larger package that caused sharp divisions and ultimately failed negotiations.

Trump Released a Video Slamming Democrats, Who Say They’re Willing to Come Down a Trillion Dollars

Trump shared a video on Twitter slamming Democrats for their plan, although they’ve said they’ll come down $1 trillion.

The problem is that, despite rhetoric about wanting to reach an agreement, the two sides haven’t come close. Democrats want a package worth $3.4 trillion and Republicans settled in around $1.1 trillion. The issue with stimulus checks is that they’ve been folded into the broader package and both sides can’t even agree on the overall pricetag.

According to Forbes, Democrats have said they might agree to compromise for a package around $2 trillion. So far Republicans haven’t indicated they’re willing to come up that much, though, so both sides remain stalled.

The two sides haven’t negotiated at all since Trump unveiled his executive orders on Saturday, August 8, according to Forbes.

The Hill reported that House Speaker Nancy Pelosi said on August 13 that Democrats won’t sit back down with Republicans unless they come up by $1 trillion.

“When they’re ready to do that, we’ll sit down,” Pelosi said, according to The Hill. Pelosi described the two sides’ differences as “vast,” saying, “It’s no wonder we have a vast difference because this administration, other Republicans in Congress have never understood the gravity of this situation,” USA Today reported.

Senator Majority Leader Mitch McConnell called the Democrats’ plan a “completely unrealistic, far-left proposal” and accused them of holding negotiations “hostage” over “non-COVID-related ideological items,” USA Today reported. Trump, in his press conference on the executive orders, had made a similar argument about the Democrats.

“The speaker and the leader have not conceded anything,” McConnell said, according to the newspaper. “They haven’t budged on their absurd demands. Their partisan games continue. And so the nation’s pain continues, too.”

READ NEXT: ‘I Can Already Hear the Whining’: Florida Sheriff Mandates No Masks for Deputies