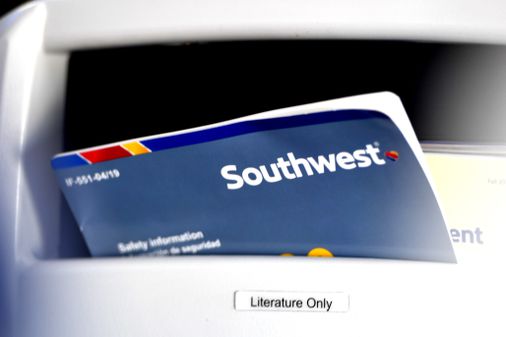 Southwest Airlines Co. trimmed its outlook for burning cash this quarter to about $20 million a day, citing improved leisure demand in August and September amid the coronavirus pandemic.

The carrier previously expected to burn an average of $23 million a day in the third quarter. “Recent modest improvements in revenue trends” were the primary reason for the improved forecast, Southwest said in a regulatory filing Wednesday.

Keeping cash losses under control has become critical for airlines since demand collapsed as the pandemic spread in late March and April and requests for refunds outweighed new sales at carriers worldwide. Southwest’s revised outlook could help the airline meet its goal of breaking even by year-end.

Dallas-based Southwest also revised its outlook for capacity, projecting a third-quarter decline of 30% to 35% from a year earlier. It previously said capacity could drop as much as 30%. The airline warned of such a revision last month as demand improvements stalled in July amid a resurgence of coronavirus cases and broader travel restrictions.

The carrier revised its projection for September capacity sharply lower: down 40% from a year earlier, rather than the 25% decline previously expected. Capacity will decline 27% this month and by half in October, Southwest said.

August operating revenue will be as much as 75% below a year earlier, the carrier said, consistent with an earlier outlook for a drop of 70%-80%, based on improved leisure travel demand. It is expected to fall 65%-75% in September.

Southwest decided not to take a second federal loan, crediting its success in raising cash. The carrier, which had signed a nonbinding letter of intent for $2.8 billion in funding, had $15.2 billion in cash and short-term investments and $12 billion in unencumbered assets, as of Tuesday.