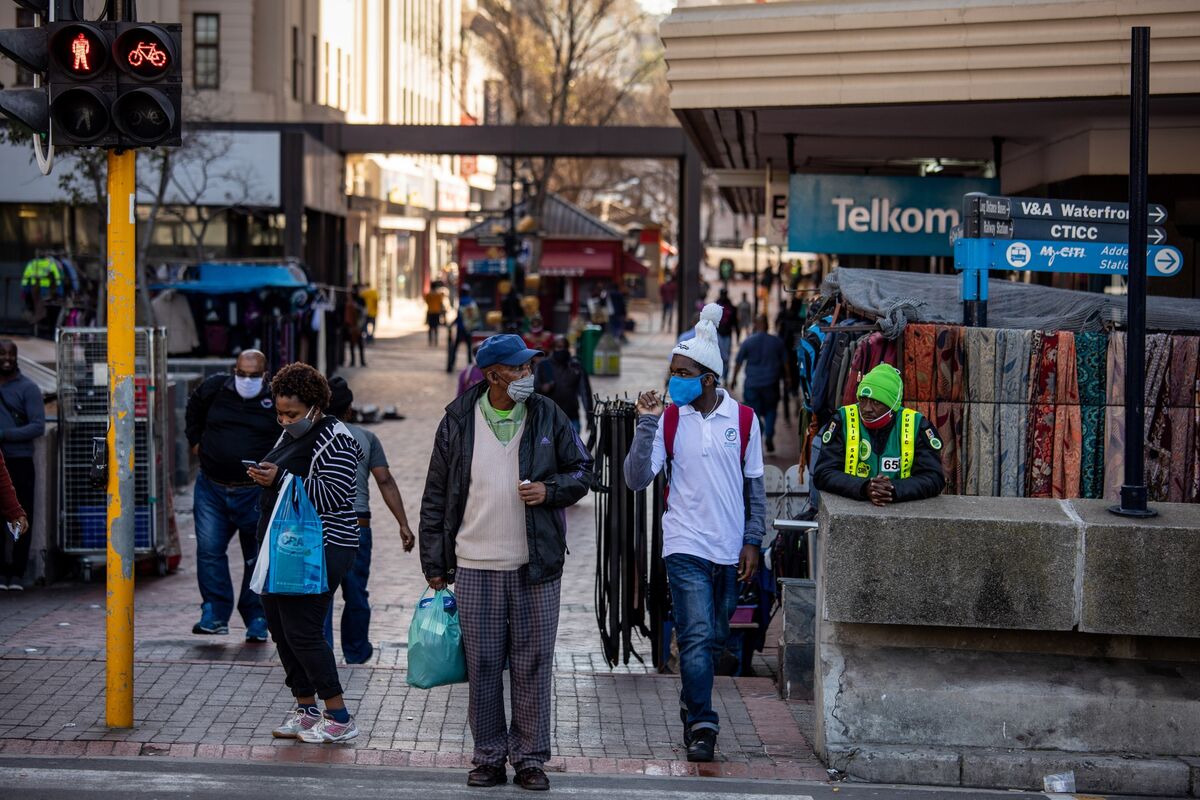 South African business leaders are growing increasingly concerned that the government doesn’t have the will or capacity to overcome the economic devastation wrought by the coronavirus pandemic.

Business for South Africa, an alliance of the nation’s main business groups also known as B4SA, expects the economy to contract as much as 10% this year and has spent the past four months drafting a plan to get it back on track. About 250 experts worked for free on the proposals that could potentially add 1 trillion rand ($58 billion) to gross domestic product, but they have gained limited traction with the authorities so far.

“My confidence in the government implementing this is very low,” Busi Mavuso, the chief executive officer of Business Leadership South Africa, which forms part of B4SA, said in an online briefing with Bloomberg. “I can’t say the government jumped for joy in receiving it.”

The 5.1 trillion-rand economy, which was already in recession before the coronavirus struck, went into a tailspin after a lockdown was imposed in late March to curb the spread of the disease. Most businesses were shuttered for five weeks and a study by a group of 30 academics and researchers estimated that 3 million people lost their jobs between February and April, while 1.5-million others were furloughed.

The government could have done a better job in managing the lockdown and the ensuing fallout, Cas Coovadia, the CEO of Business Unity South Africa, another B4SA member, said at the same briefing. Still, he said the business groups had supported the need for a lockdown.

If all the work that business has done on how to orchestrate a revival “goes to waste because of inaction, history will judge us,” he said. “The ball very much does lie in the government’s court. Leadership has got to come from government.”

President Cyril Ramaphosa has announced a 500 billion-rand package to shore up the economy and support individuals and business that have lost their income, with part of the money to come from redirecting existing budgets. He also aims to galvanize 2.3 trillion rand in new infrastructure investment over the next decade that could create more than 1.8 million jobs.

The B4SA plan calls on the government to fulfill long-standing pledges to make it easier to do business, clamp down on graft and overhaul badly managed state companies. The group opposes tinkering with the central bank’s mandate or threats to its independence and dictating to pension funds on how to invest.

“It is not as though we didn’t know what decisions need to be taken and what then needs to be implemented,” said Martin Kingston, who heads B4Sa’s steering committee and is deputy president of Busa. “Where there is skepticism or concern amongst the leadership of business is that leopards don’t change their spots. The hallmark of inaction and indecision is going to carry on.”

“We are always announcing plans,” he said. “There is no action that follows the words. We need to find a way to put more pressure on government to start implementing and stop talking.”

— With assistance by Gordon Bell, and Rene Vollgraaff

(Updates with government’s plans to support economy in third paragraph below story touts.)

2020-08-19
Previous Post: What Does it Take to Transform a Side-Hustle into a Viable Small Business?
Next Post: Schafer: Can a downturn actually be the right time to start a business?