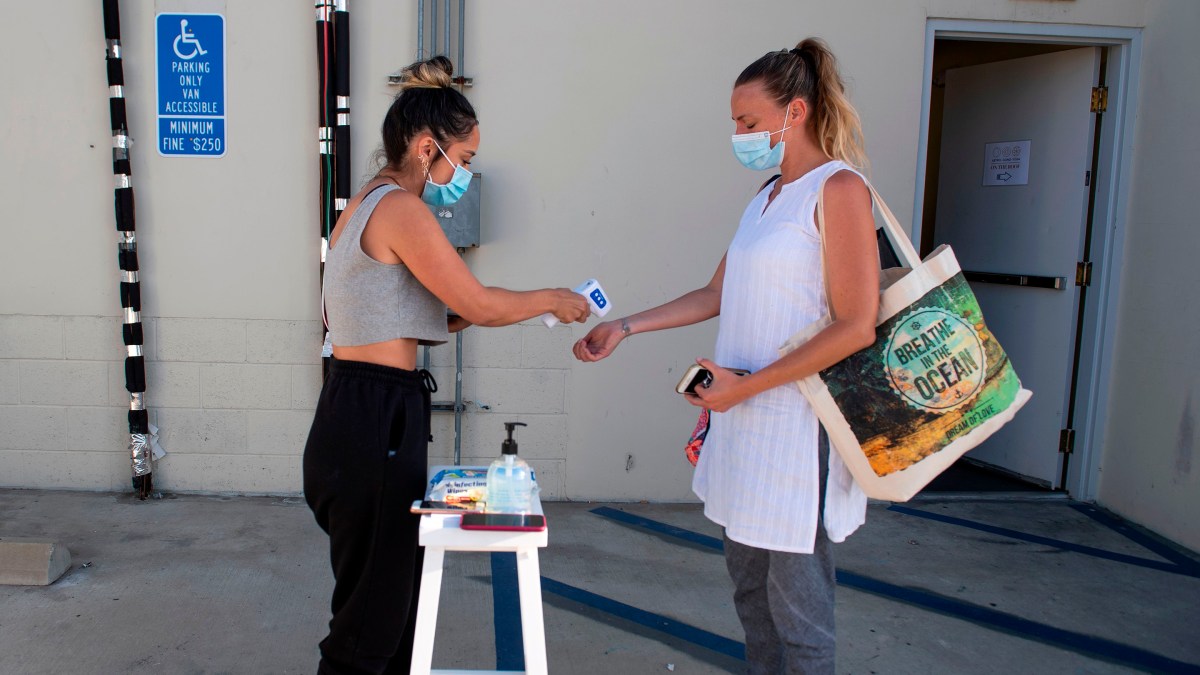 Some small business owners, but not all, are much more optimistic

There’s still no progress on another round of coronavirus relief coming from Washington, around 25 million Americans are still on unemployment and it appears that COVID-19 is resurging in many parts of the country. So this may come as a surprise: The National Federation of Independent Businesses just released their “Small Business Optimism Index” for September, and it’s back to pre-pandemic levels after tanking in the spring.

NFIB chief economist Bill Dunkelberg said the index found “a lot of good things have been happening in a lot of parts of the country.”

“We’re opening the economy up, people are going back to work, sales have been definitely rising,” Dunkelberg said.

But that’s not the case everywhere. NFIB’s membership is concentrated in small towns and cities, and primarily in industries that have rebounded the fastest, like manufacturing and construction.

The NFIB optimism index includes fewer respondents from the service sector, like restaurants and retail shops.

“In a lot of our conversations with clients recently, it’s been almost a sense of gloom,” Peterson said.

In September, his firm conducted a national survey of 300 small businesses with Sapio Research. It found that that 10% of small businesses have already shut down and another 5% plan to in coming months.

What’s the latest on more pandemic relief aid from the federal government?

President Donald Trump first tweeted that he’s cutting off negotiations on big pandemic relief funding until after the election. Then, later the same day, he called for piecemeal stimulus, including $1,200 pandemic checks for families to be signed by the president and arrive before election day. So, some whiplash here. Karen Petrou, managing partner of the Washington-based economic consulting firm Federal Financial Analytics, said “the president is always negotiating. I mean, he’s just trying to make a deal. That’s the only way I can explain this.”

Yes. There is no way to know exactly how many people have been waiting for months and are still not getting unemployment, because states do not have a good system in place for tracking that kind of data, according to Andrew Stettner of The Century Foundation. But by his own calculations, only about 60% of people who have applied for benefits are currently receiving them. That means there are millions still waiting. Read more here on what they are doing about it.

What’s going to happen to retailers, especially with the holiday shopping season approaching?

A report out Tuesday from the accounting consultancy BDO USA said 29 big retailers filed for bankruptcy protection through August. And if bankruptcies continue at that pace, the number could rival the bankruptcies of 2010, after the Great Recession. For retailers, the last three months of this year will be even more critical than usual for their survival as they look for some hope around the holidays.

As a nonprofit news organization, our future depends on listeners like you who believe in the power of public service journalism.

Your investment in Marketplace helps us remain paywall-free and ensures everyone has access to trustworthy, unbiased news and information, regardless of their ability to pay.

Donate today — in any amount — to become a Marketplace Investor. Now more than ever, your commitment makes a difference.

2020-10-13
Previous Post: The power of narrative and role of storytelling in business
Next Post: HawkSoft Offers a Comprehensive Business Communication Platform with their Partnership with Bridge by The Kotter Group